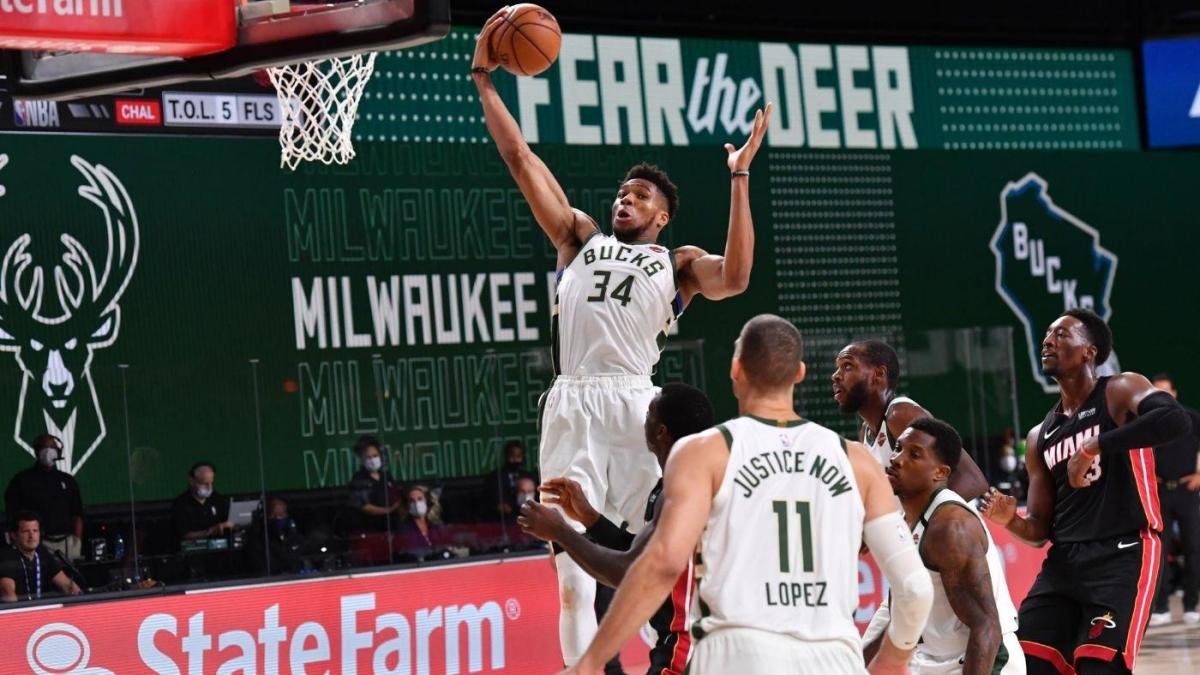 The Milwaukee Bucks, who have clinched the 1st seed in the Eastern Conference, went up against the 4th seed Miami Heat last night in Orlando.

The Heat had a 17 point lead at half time but throughout the second half of the game, the Bucks went on an incredible scoring run outscoring the heat 74-43. The biggest lead of the game was for the Heat and they were up by 23 points.

Miami Heat guard Duncan Robinson scored 21 points on 7-11 shooting from the field and 5-9 from 3-point range. He got 1 rebound and 1 assist in 34 minutes. Bam Adebayo played 22 minutes and scored 6 points in 2-10 shooting, he dished out 6 assists and grabbed 5 rebounds.

Tyler Herro and Andre Iguodala came off the bench for Miami. Herro scored 20 points on 50% shooting from the field and 20% from 3. He dished out 5 assists and grabbed 4 rebounds. He also got 1 steal in 33 minutes of game time. Andre Iguodala played 28 minutes and shot 50% from the field and from beyond the arc to score 12 points. He pulled in 7 rebounds and got 8 assists.

The Heat were missing Jimmy Butler and Goran Dragic.

Brook Lopez scored 17 points and grabbed 4 rebounds in 32 minutes. He shot 4-9 from the field.

Khris Middleton played 34 minutes and shot 9-14 from the field and 5-6 from beyond the arc and scored 33 points. He grabbed 6 boards and dished out 8 assists to lead the Bucks, alongside Giannis with their coeback agasint the Heat.

Giannis played 30 minutes and scored 33 points on 13-17 from the field and 0-4 from 3. He grabbed a double-double as he pulled in 12 rebounds and dished out 4 assists.

Ultimately, the Bucks pulled off a comeback in the second half and were able to beat the Heat 130-116.