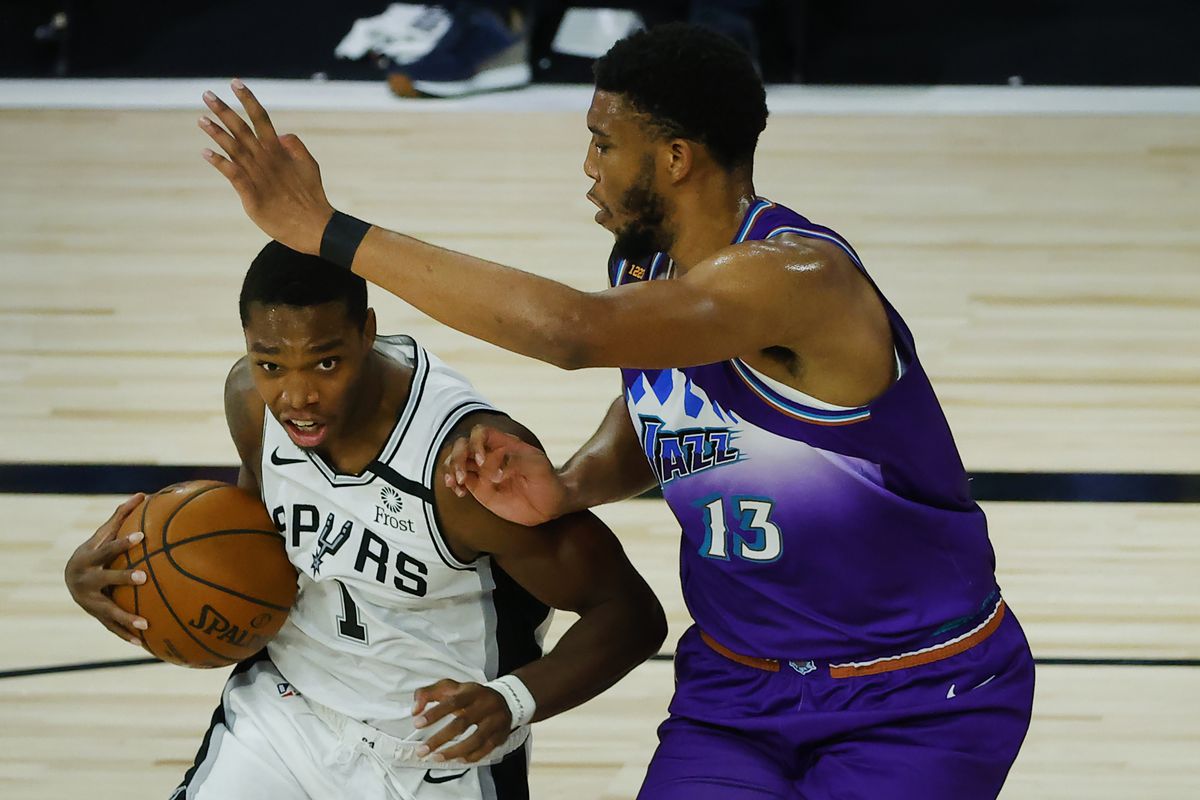 In a game where the Jazz heavily missed heir star players, the Spurs won 119-111, moving them closer to a potential playoff berth in the West. The Jazz have been without Bogdanovic for the entirety of the NBA restart, but played without Conley, Mitchell and Gobert in this one, which made it very difficult to generate buckets. Clarkson was very clearly the only one capable of creating his own offense, and San Antonio took advantage to get a huge win.

With their playoff seeding still very much at stake in the crowded western conference, it was certainly tough for the Jazz to play without their 3 most important players in the bubble. They lacked creativity and shooting for the most part, and without the option of throwing lobs to Gobert were not getting bailed out of possessions. They will need these three playing and at their best for any hope of success in the playoffs.

The Spurs have been able to have some serious success with their ‘small ball’ strategy. Demar has become a new player starting at power forward, and is still their most important guy moving forward. Derrick White is also having a coming out party, with 24 points tonight. Poeltl dominated the game inside without Gobert, giving the Spurs a double-double and great defense on the inside.

The Spurs may not have elite depth, but with their new look starting lineup and Rudy Gay coming off the bench, they can be dangerous. The Blazers and Suns are also hot, but the Spurs have a coaching and experience edge that might help them sneak in the playoffs once again.