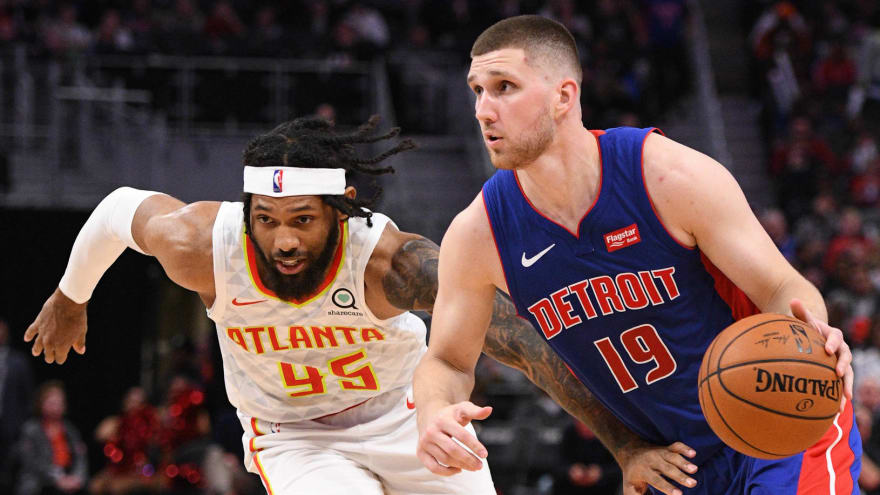 Sviatoslav Mykhailiuk is a second-year wing on the Detroit Pistons. Originally drafted by the Los Angeles Lakers with the 47th-overall pick, Mykhailiuk showed what every team missed out on by passing on him.

When he was first drafted, Mykhailiuk showed promise in the Summer League on the Lakers as LeBron James looked like he was going to come in to mentor young talent.

That plan changed, however, as the Lakers continued to struggle with LeBron and they began looking for veteran help.

The Lakers decided to trade Detroit’s Pistons’ sharpshooter Reggie Bullock, (who was shooting 38.8% from deep at the time) and gave up Svi and a future second-round pick.

During his time on the Lakers, Mykhailiuk averged 3.3 points on a disappointing 33.3% shooting and 31.8% from deep. When he was traded to the Pistons, he only played three games and spent most of his time in the G-League.

This season, Mykhailiuk had a low-key breakout season, becoming one of the best shooters the NBA has to offer.

Mykhailiuk’s offensive game mirrors that of Kyle Korever’s as an incredible shooter who can’t miss no matter who is guarding him, however, unlike Korever, Mykhailiuk shows promis on the defensive end. Even though he averages just 0.7 steals per game, his on-ball defense is better than his stats show and can hold his own against the average wing on defense.

Svi has also had several games that showed just what he could become. It took him a bit to get going, but when January struck, he began to show what he was made of.

On January 15th, against the Boston Celtics, Mykhailiuk went off for 21 points on 6-9 shooting and 5-8 from deep. He then followed-up that performance with a 25-point performance against the Hawks where he shot 9-11 and 5-7 from deep.

Since he is currently only 23 years old, Mykhailiuk has a lot of room to grow. You may never hear about him while he develops, but when he achieves his potential, (or leaves the Pistons) he’s going to get on everyone’s radar.

Expect big things from Sviatoslav Mykhailiuk in the coming years.