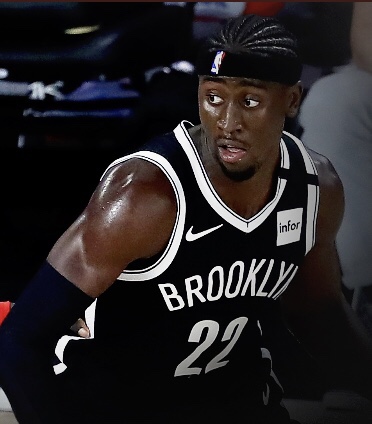 The Brooklyn nets got a much-needed win over the #9 seeded Washington Wizards.

Brooklyn’s 118-110 victory further cushions their playoff spot as they are now seven games ahead of the Washington Wizards.

The Nets victory can be highly credited to their young guard, Caris Levert.

Lever scored 34 points on 11-25 shooting and 2-6 from deep. He also pulled in an impressive 7 rebounds while dishing out 3 asssists. Levert was the game’s top scorer and carried the team to victory.

Along with Levert, Joe Harris and Jarrett Allen were key players in this game as well. Harris scored 27 points while shooting 6-7 from deep. Allen scored 22 points and pulled in 15 rebounds.

Allen’s match-up, Thomas Bryant, was the best player for the Wizards. Despite the loss, Bryant scored 30 points, pulled in 13 rebounds, and swatted two shots. He has a career-high in points and rebounds and almost got them the victory, but could quite hold on.

The Nets are now tied with the Magic for 7th place as they both attempt to avoid a first-round match-up with the Bucks.

The Nets will play Milwaukee at 1:30 on Tuesday

The Wizards will next play Indiana at 4:30 tomorrow