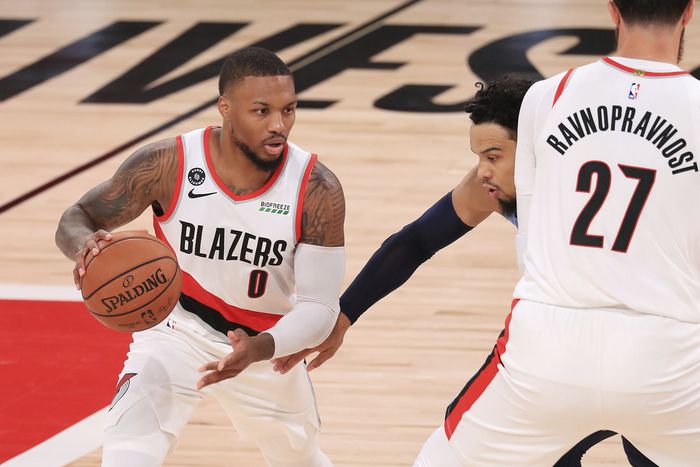 The NBA has struck gold with their nationally televised games. Yesterday, both the Pelicans and the Lakers took their games by just two points, and this game was even closer.

The Blazers and Grizzlies are the #8 and #9 in the Conference respectively and are both likely to compete in the playoff play-in as their both well within four games.

The Blazers managed to grab the win with a final score of 140-135 despite being down 11 points midway through the third quarter.

This game was a huge win for the Blazers who now have a solid cushion between them and that four-game mark.

Their victory came with a very high risk, though, as both Hassan Whiteside and Jusuf Nurkic, their two Centers, both got into early foul trouble. Zach Collins also got into foul trouble and the game saw both Nurkic and Collins foul out before the final buzzer.

Despite fouling out, Nurkic put up a monster game with 18 points, 9 rebounds, 5 assists, 6 blocks, and two steals in an all-around spectacular game.

Along with Nurkic, CJ McCollum was the tied for the game’s top scorer with 33 points on 14-21 shooting and 3-6 from deep. He also dished out 6 assists and grabbed 2 steals.

Carmelo Anthony also put up a great game with 21 points, including two extremely clutch threes, although he missed the potential game-winner in regulation.

For the Grizzlies, Jaren Jackson Jr put up an impressive 33 points on 10-22 shooting and 6-15 from deep.

Ja Morant overcame a disappointing first quarter to score 22 points, dish out 11 assists, and grab 5 rebounds. He came extremely close to the game-winning drive, but slipped before he could get the lay-up.

The Grizzlies now hold a 2.5 game lead over the Trail Blazers, but still need to be careful that the gap doesn’t get any closer.

Memphis will play San Antonio at 4:00 on Sunday

Portland will play Boston at 3:30 on Sunday.