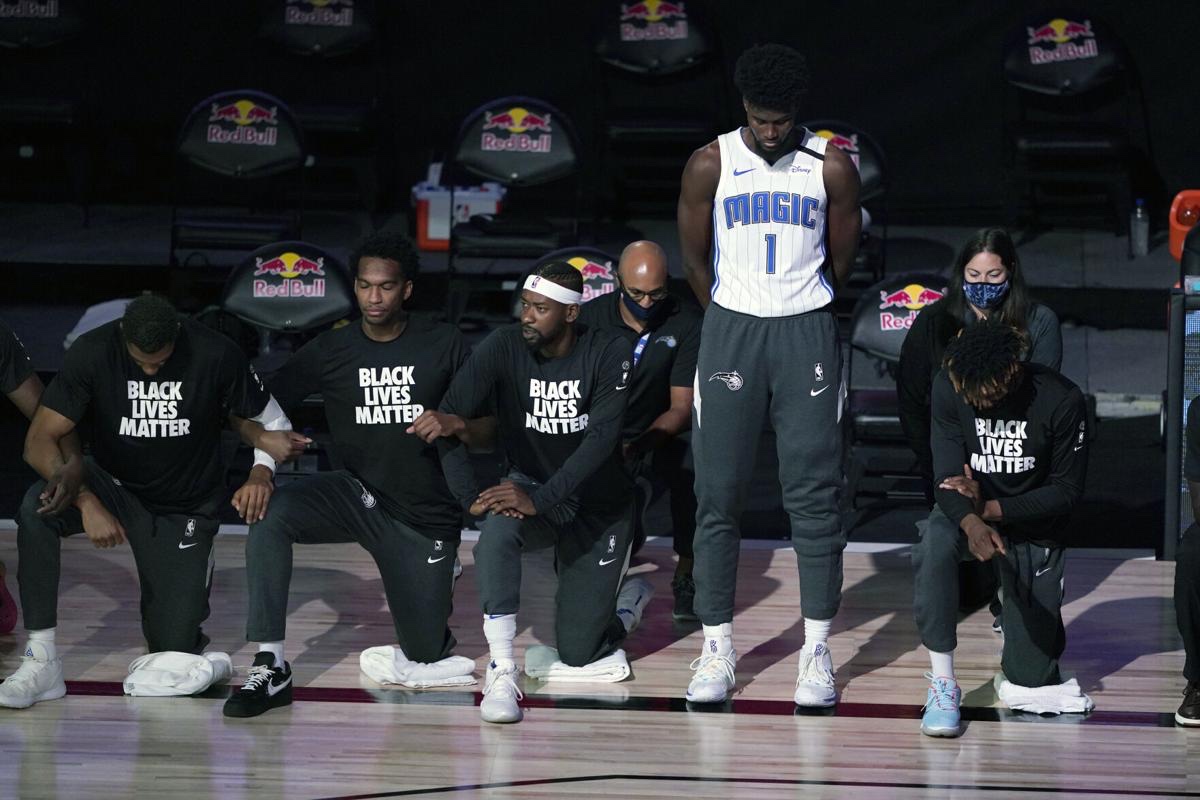 In the pregame, fans saw both Magic and Nets players kneeling with locked hands for the National Anthem along with a couple of them holding up a fist. The only player not kneeling was Magic forward, Jonathan Isaac. His reason being that he felt as though kneeling and wearing a Black Lives Matter t-shirt wasn’t his way of expressing support for the movement.

Before the game, it was discovered that Jonathan Isaac and Markelle Fultz were both activated but would play a limited amount of minutes. Along with this, Jamal Crawford would sit out in order to continue conditioning.

In the first quarter, Brooklyn got out to a hot start. Leading 16-8 with four minutes gone in the quarter, it was clear that Orlando’s defense was struggling immensely. After having been one of the top defenses during the regular season, this came as a surprise to many. Their defensive rotations were slow and the amount of easy, uncontested points they gave up were plentiful. Eventually, Orlando started to get in a bit of a rhythm and the offense started to roll but that didn’t stop the Nets.

The start of the second quarter was a huge momentum shift for the Magic. Khem Birch came out and immediately grabbed two offensive rebounds and put them back up for layups. Both team’s defenses showed some improvement but the amount of open shots that were missed was incredible. After staying about even for most of the quarter, Orlando distanced themselves by going on a 9-2 run into halftime, leaving the score at 70-59 in favor of the Magic.

At the start of the third quarter, the Magic went on a 14-5 run in the first four minutes. Fournier caught fire and could not miss while Vucevic was being the usual anchor underneath. Orlando’s defense was finally performing how it has all year. While their defense was performing at a high level, Brooklyn’s was struggling. They kept getting beat off the dribble and therefore had to commit sloppy fouls that ended up giving Orlando a plethora of free throws, ultimately putting the Nets into a 111-82 deficit by the end of the quarter. Fournier now had 24 points and 5 assists on 10/15 shooting. Vucevic had 22 points to go along with 7 rebounds and 5 assists. This was an insanely high scoring quarter for the Magic that ended up putting them into the driver’s seat going into the fourth.

The fourth quarter was a continuation of Orlando’s dominance. While Vucevic and Fournier didn’t record another stat, Jonathan Isaac had a great quarter to secure the win for the Magic. The final score ended up being: Magic-128, Nets-118. The leaders for Orlando were Evan Fournier (24 points and 5 assists), Nikola Vucevic (22 points, 5 assists and 7 rebounds) and Jonathan Isaac (16 points and 6 rebounds). The leaders for Brooklyn were Caris LeVert (17 points and 7 assists), Joe Harris (14 points and 4 rebounds) and Timothe Luwawu Cabarrot (24 points and 4 rebounds).

The Magic proved to be too much for a depleted Nets roster and took control of the seventh seed in the East. It will be interesting to see how the Nets bounce back and if the Magic can keep this momentum going forward.