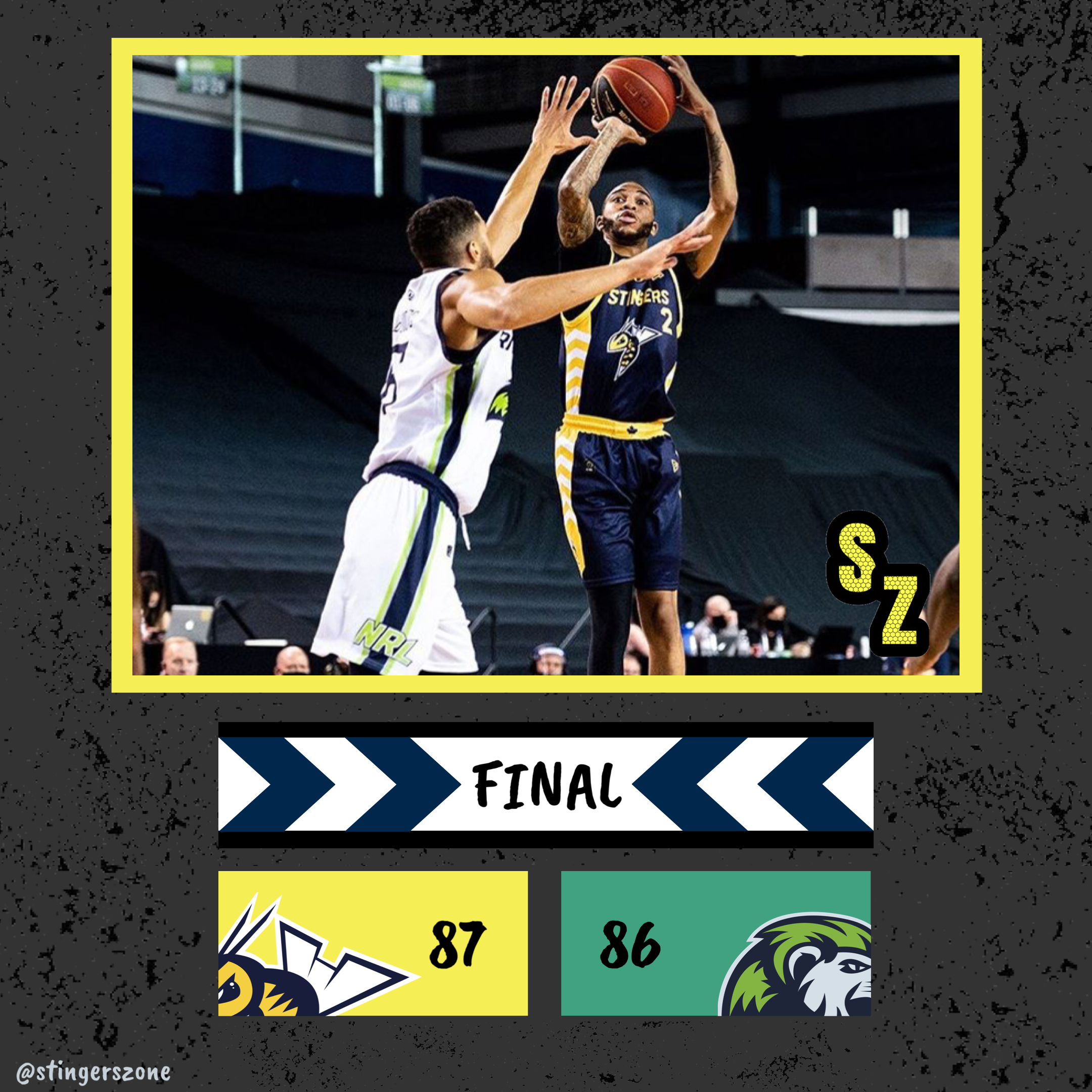 The 2-1 Stingers took on the 1-2 River Lions in a highly anticipated battle between last years two top regular season teams. This being one of the most important games of the season for both teams, as it establishes Edmonton as the top team, and Niagara as the bottom, or both equals. The game started with the heavy news that Travis Daniels’ sister suddenly passed away prior to the game. Daniels decided to play the game with a heavy heart.

The first half was extremely close. A 47-46 half that involved some emotional basketball. This was one of the more chippy halves of basketball we’ve seen in the Summer Series. Technical fouls were awarded to Ryan Ejim and Xavier Moon, along with a warning for Jermaine Small. There was also lots of fouling going on. Nonetheless, the Stingers clawed out to an early lead, with the River Lions closing the door and even taking the lead at the half, which prompted a big response from Stingers guard Xavier Moon, who was slapped with a technical foul at the end of the first half.

The second half remained extremely close. With no team jumping out to more than a 5 point lead, the back and forth between Xavier Moon and Trae Bell-Haynes became apparent. The River Lions took a 1 point lead on an and-one play from Bell-Haynes, and the ELAM target score was 87. ELAM started out with a 4 point play from River Lions guard Kassius Robertson. However the Stingers managed to bring it back to a 1 point deficit. With the score at 86-85 for Niagara, next point wins, the Stingers managed to lock down on defense, and Jordan Baker scored the game winning basket to secure the win for Edmonton, 87-86.

Once again the reigning MVP Xavier Moon led the way for the Stingers in the scoring column. Moon recorded 24 points and 6 assists on 50% shooting. Moon was money when slashing into the paint. He did miss a few mid range shots, but certainly made up for it with his incredible two-way play. Moon recorded 2 steals and caused all kinds of issues for Niagara’s hot hand in Daniel Mullings. Moon solidified his case for both MVP and Defensive Player of the Year in an incredible performance.

Jordan Baker notched yet another double double for the Stingers. Baker finished with 19 points, 12 rebounds and 6 assists, along with the game winning basket. Baker did what he does best, found inside lanes, created plays, and played tough basketball. Travis Daniels was the only other Stinger to finish with double digits in the scoring column. Daniels recorded 15 points, 3 rebounds and 2 blocks in a passionate performance hours after his sister’s passing.

Mathieu Kamba played another great game for the Stingers. Kamba finished with 9 points and 10 rebounds, including a massive put-back poster dunk on a missed mid range shot. Kamba was electrifying once again, and proved his value to this Stingers team. Brody Clarke found his place from the free throw line, shooting 5 for 5 from the line, and finishing with 7 points. Clarke was very aggressive yet again, and forced refs to make calls that got him easy points.

Adika Peter-McNeilly couldn’t get his shots to go down for another game. McNeilly shot 2-9 on the night, but made an impact off the ball. McNeilly finished the game with a team-high 3 steals. His defensive pressure was certainly felt. The last two Stingers to score were Mambi Diawara and Kareem South. Diawara struggled yet again from the field, and South played just 8 minutes, but hit a smooth mid range shot to help the Stingers chew their way to a victory.

We didn’t see either USports player on the court, nor did we see new Stinger Devonte Campbell, however Zac Overwater logged a few minutes, and recorded a lone assist.

Overall, this was the most entertaining CEBL Summer Series game yet. The back and forth action at the end of the game was unmatched. Ultimately, the Stingers came out on top, but it wasn’t easy. The 1 seed Stingers defeat the 7 seed River Lions in what is proving to be one of the most parity driven Canadian Basketball seasons ever. The future looks so good for this league and for this team.