Richaun Holmes to Go Back Into Quarantine After Leaving the Bubble 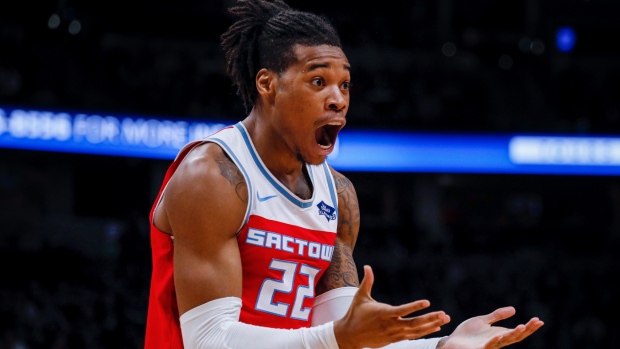 Sacramento Kings Center Richaun Holmes made a huge mistake today. When he was picking up a food delivery, he accidentally wandered outside the bubble, and must now go into quarantine for eight days.

Holmes is the second player to leave the bubble as Bruno Caboclo has also accidentally left the bubble and must also go into quarantine.

“I apologize for my actions and look forward to rejoining my teammates for our playoff push” said Holmes in the aftermath of the situation.

The Kings are currently 4.5 games behind the #8-seeded Memphis Grizzlies, meaning they’re just half-a-game outside of the play-in.

Holmes has been a large part of their roster averaging 12.8 points per game on 65.4% shooting from the field. He also pulls in 8.3 rebounds and records a steal and a block each game as well.

Holmes knows he can’t let his team down and is now aware that the NBA takes the bubble extraordinarily seriously and can’t leave for any reason, aside from his mother’s cooking.

Holmes’s mother, Lydecia Holmes, decided to have some fun with the situation and tweeted:

“You only cross the line for your MOMA’s COOKING! AND I WAS NOT IN FLORIDA SIR!!”

Holmes is going to be out of quarantine by the start of the restart, so it shouldn’t be too big of a deal, but he, and the rest of the NBA, must be cautious when going anywhere they’re not familiar with, or they could be suspended for eight days and miss out on games.