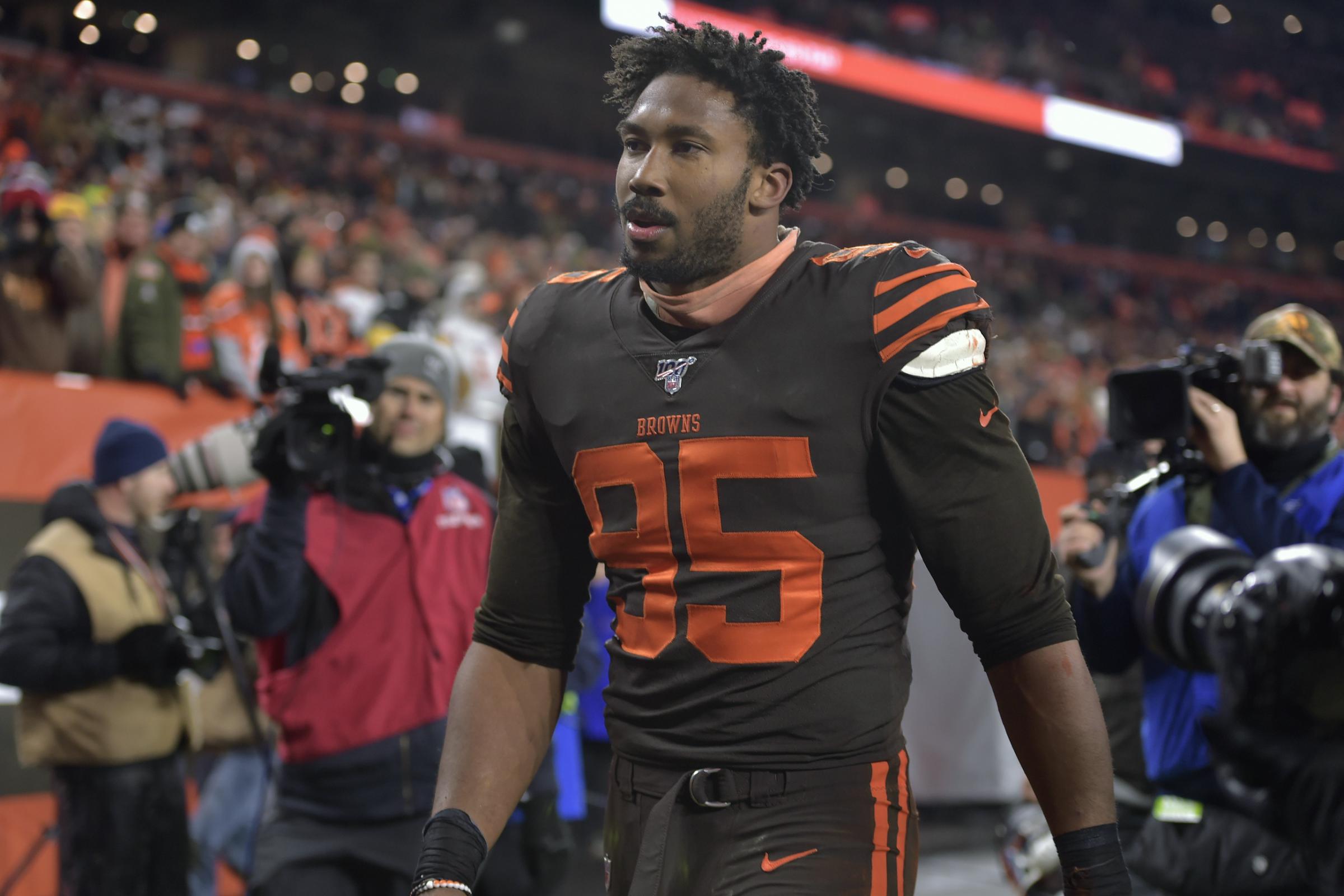 The Cleveland Browns and star Myles Garret are close to finalizing a 5-year extension worth $125 million with an annual salary of $25 million.

Garret was one of the biggest priorities for Clevland heading into the off-season being the anchor on the defensive line and best player on defense. Garrett is coming off a season where he recorded 10 sacks, 2 forced fumbles, 11 tackles for loss, and 18 quarterback hits. Unfortunately, for Garret his season was cut short as in a Week 10 matchup against the Steelers he decided to launch a helmet at Steelers QB Mason Rudolph after ripping it off his head. Garret was suspended indefinitely and handed a $46,623 fine and has since been reinstated.

This extension comes just a few days after the Browns reworked fellow pass rusher, Olivier Vernon Contract. Vernon was set to make $15.2 million for the 2020 season and will now make a solid $11 million in guaranteed money. Many experts believed it was a move to boost up space for free agent pass rusher Jadeveon Clowney but turns out it was to lock down their young star in Garrett.