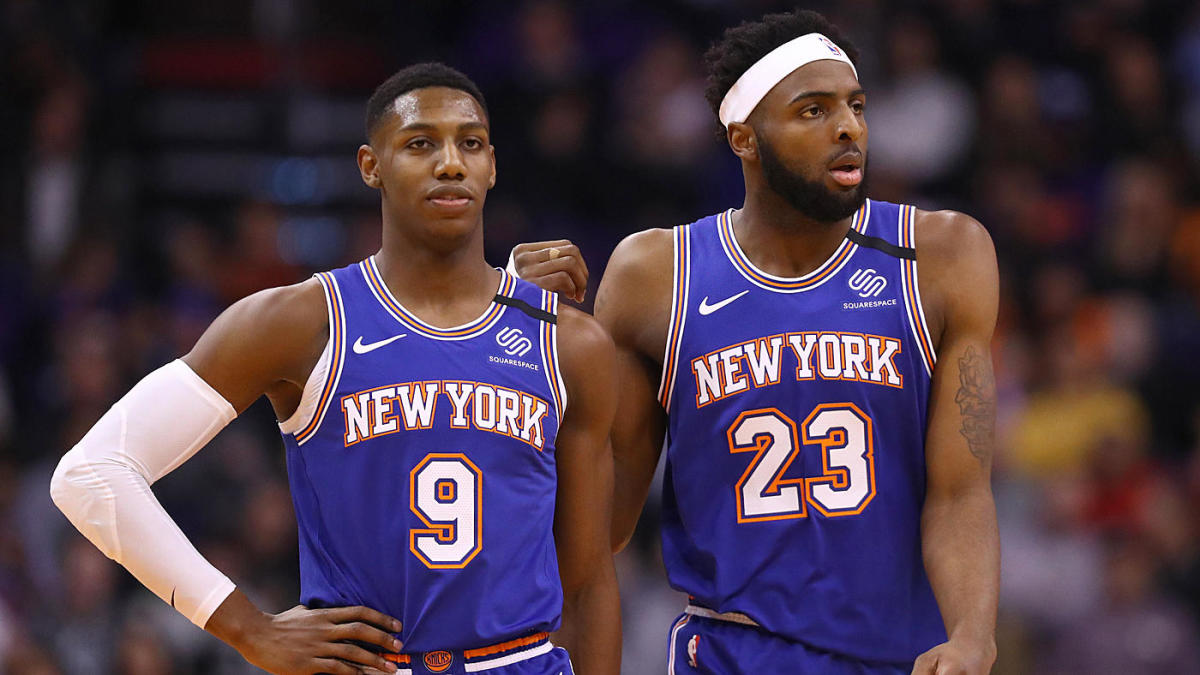 If you have already seen part 1, you know that there are already a bunch of players to watch in the non-playoff bubble. This list will take a look at some of the players from the top half of the eight:

The Pistons have very little direction other than that they’re aware that they’re in a rebuild. Despite that, they have several players with a lot of potential to be great in a few years:

Christian Wood came out of nowhere this season to become one of the flashiest players in the league. He has a monster jam in every game he played and shot unbelievably consistently. He averaged 13.1 points on 56.7% shooting and 38.6% from deep, which is nothing compared to his starting stats of 21.9 points on 56% shooting and 40.8% from deep. He is going to be one of the most coveted free agents this season if he can keep this play up in Chicago.

Kennard had an injury-plagued season, but he showed what he could do before that injury. In the 28 games he played, he averaged 15.8 points on 44.2% shooting and 39.9% from deep, which is a great clip since he shoots 6.5 deep shots per game. Every time we have seen Kennard play he has improved so hopefully we can get more of the same in the bubble.

Sekou Doumbouya has the highest ceiling and lowest floor for the Pistons. He’s a rookie drafted 15th overall and is currently the youngest player in the NBA. Although he only averaged 6.4 points on 39% shooting, during his first few starts he showed he could hold his own against the likes of Kawhi Leonard, LeBron James, Draymond Green, and Kevin Love, which were his matchups for his first five career starts. He has been working a lot on his body during the NBA hiatus so we’ll see if he can put the work to good use.

The Knicks continue to be a disappointment to the league. After trading their superstar Power Forward, Kristaps Porzingis, for cap space, they failed to sign any superstars in free agency like they promised. Although they have very little to work with, they have some goods that are worth a look:

Like so many lottery picks this year, Barrett has also had a disappointing rookie season. This year, he averaged 14.3 points on 40.2% shooting. He has shown glimpses of his talent, but only glimpses. He’s going to need to show he has stepped it up if the Knicks want any chance at attracting free agents.

Robinson is the only young player on the Knicks to prove himself as a valuable young piece. His stats aren’t all that great averaging 9.7 points per game, but his defense more than makes up for it. He averages 7.0 rebounds and 2.0 blocks per game which still doesn’t do his game justice. He has been the lone bright spot for the Knicks this season as light at the end of the tunnel and it will be a treat to see if he has improved since the suspension.

The Bulls seem to disappoint every season. Zach Lavine is the only player who leads the Bulls to any wins and it’s showing. They need to get their act together soon if they want to keep Lavine, and these players could make it possible:

Despite being drafted 7th overall, White only started one game as the Bulls as that elected to have Tomas Satoransky start. Although White has been somewhat incosistend, he averaged 13.2 points and shot a solid 35.4% from beyond the arc. Aside from Morant, he is the most talented Point Guard in the draft who is only going to get better from here.

Even though Markkanen’s time with the Bulls is likely coming to an end, his play in the bubble will determine his trade value in the offseason, so his play is arguably even more crucial than usual. Markkanen is still very young so teams (like the Heat) may give up a lot to get a young Power Forward if he can reprove himself

The Hornets surprised everyone by becoming the best team to not qualify for the Orlando bubble. Despite losing Kemba Walker, they managed to acquire a solid team that, with the right pieces acquired, could make the playoffs next year.

This is a no-brainer, one of the candidates for Most Improved Player, Graham showed that he is more than a G-League standout. His three-point shooting is comparable to that of Trae Young and his 18.2 points per game isn’t bad either.

Washington may be the most underrated rookie in the class. Despite being a rookie, he plays as smart as a veteran, showing off his consistency. He averages 12.2 points while shooting 45.5% from the field and 37.4% from deep. Even though his ceiling may be lower than some of the other players in the class, his floor may be the highest.

Even though he’s appearing to be a bust, he still shows glimpses of greatness at times. The 6’3 Shooting Guard has a lot to prove before he loses his chance at a second contract. His priority during the NBA hiatus should’ve been three-point shooting as he only shot 28.4% from deep this season. If he can improve that, he may become a dangerous player.