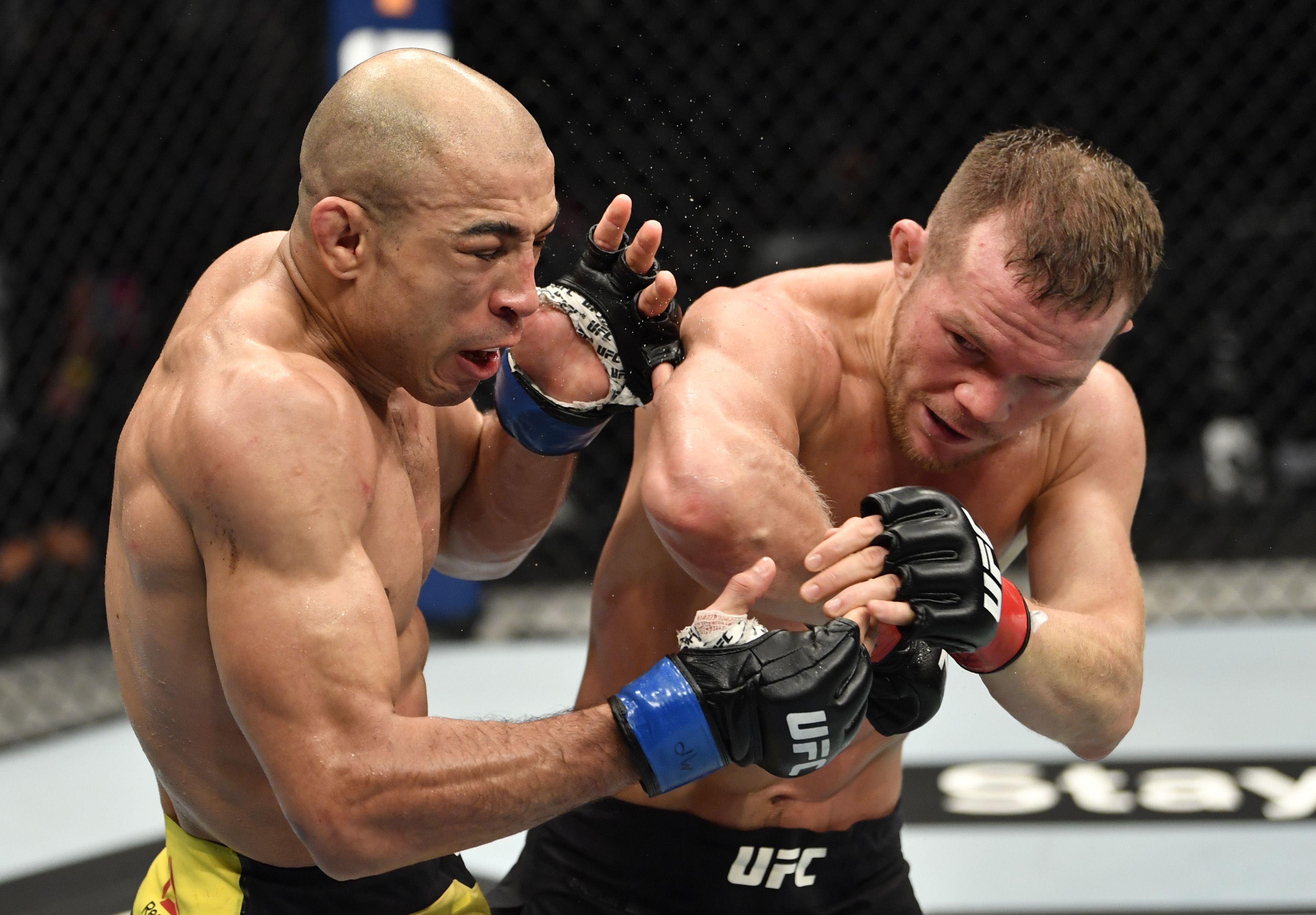 There’s only one question. After three exciting title fights in which Kamaru Usman, and Alexander Volkanovski defended their title, and Petr Yan captured UFC gold in a vacant bantamweight title bout, what’s next?

Petr Yan captured a dominant win over Jose Aldo earning himself a brutal 5th round TKO after he out landed Aldo 62-1 in the last round. Many argued Aldo, nor Yan should’ve been fighting for the title, however, he showed last night that he is without a doubt one of the most vicious strikers in the division and can easily hang with the top in the division.

Yan just captured the vacant bantamweight title and is looking for a dance partner to defend his title against for the first time. The bout that would make most sense is Aljamain Sterling. He’s captured wins over the divisions best including his last bout in which he earned a very early 1st round submission over contender and rising star Cory Sandhagen.

Alexander Volkanovski successfully retained his title in a rematch against longtime featherweight champ Max Holloway. It was quite the controversial decision as many thought Max definitively won the first three rounds.

Although many thought the decision was a lopsided one, Volkanovski still has the belt and that will not be changing at least until his next bout. The bout that would make the most sense would be up and coming, and 2nd ranked featherweight Zabit Magomedsharipov. A super talented striker and an unbelievable submission artist. Due to his size, length, and versatile skill set, he could be a massive problem for Volkanovski.

Last night we witnessed one of the most hyped bouts in the history of the sport. Jorge ‘Gamebred’ Masvidal stepped in on less than a weeks notice for a title shot against Kamaru Usman. Many thought Masvidal had what it took to beat the dominant champion, but Usman fought his fight smart and earned the unanimous decision win.

Usman showed last night just how dominant he can be when in the clinch and when in top position on the ground. Although against a far less talented grappler, he still put on a great showcase of skills.

There are many worthy opponents that could have a crack at the title, but the most sense would be Gilbert Burns. Burns had to drop out due to COVID-19, and was well deserving of the shot after earning an extremely dominant win over Tyron Woodley. Burns is a talented striker, and someone who really strives with his jiu-jitsu. Stylistically, he matches up perfectly to the champ.