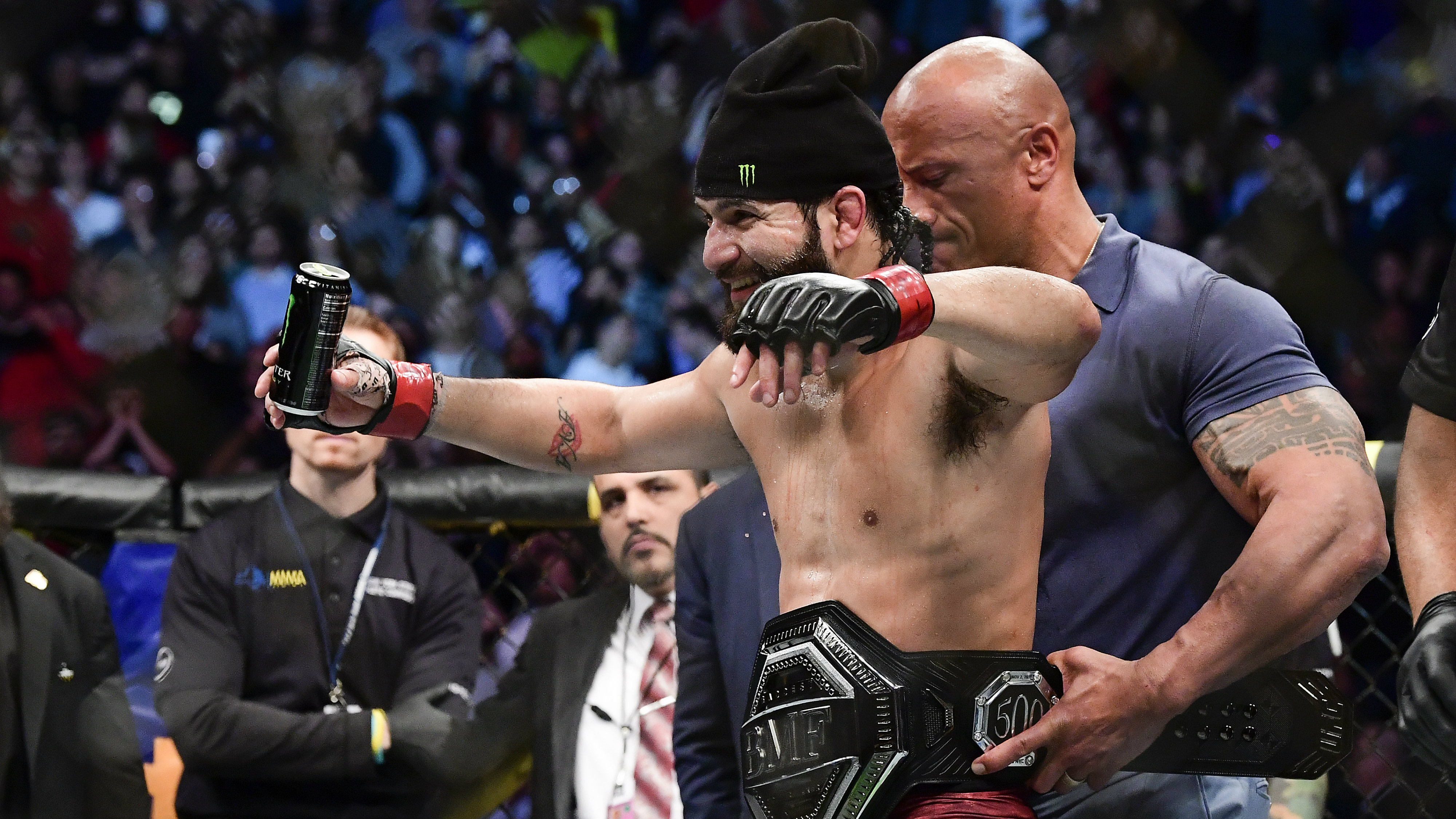 Jorge “Gamebred” Masvidal has officially stepped in on only 6 days notice to take on Kamaru Usman for the welterweight title.

Masvidal currently holds the “BMF” title after a dominant win over Nate Diaz in 2019. He’s made quite a statement in 2019 with three massive wins over some big names. His first stop was against rising star Darren Till at UFC fight night 147 where he knocked him out stone cold in the 2nd round picking up an impressive KO win. Next was the undefeated Ben Askren. At the time, Askren was one of the biggest names on the planet, after defeating Robbie Lawler, he expected to blow through Mavidal and earn himself a title shot, but as we know that wasn’t the case as Masvidal hit him with a vicious flying knee which led to the fastest KO in UFC history (5 seconds).

Masvidal looked like a changed man. He was running through some very talented opponents with ease. Dana White then introduced the “BMF” belt. Opponents that get in the cage to scrap, fighters that are there to fight, no matter the opponent, no matter the circumstances.

Masvidal earned an impressive doctor stoppage KO over Nate Diaz to win the BMF title. Dwayne Johnson wrapped the belt around his waist and it could not have been better.

Masvidal was expected to be next in line right after this win to fight welterweight champion Kamaru Usman however, he and Dana White had a little dispute regarding money for the title bout.

Masvidal said if he was fighting for the title he would not be “Played or underpaid”. Because he reportedly wanted a heavy purse to fight the welterweight champion, Dana White handed Gilbert Burns the title shot after a dominant win over former champion Tyron Woodley.

Just recently, Gilbert Burns was ready to head to Abu Dhabi however, he and two of his cornermen tested positive for COVID-19.

Jorge Masvidal has now officially stepped in to take on Kamaru Usman for a shot at the welterweight title.

The two have been going at each other on social media for the past few months, and have even had some encounters in person, but it’s going to be fun to see who the better man is on Saturday night.

Kamaru “The Nigerian Nightmare” Usman is coming off an impressive outing against Colby Covington where he earned a 5th round TKO to defend his title for the first time.

Although he didn’t take the fight to the ground, he put on a great display of striking and showed he can stand up with more talented strikers in the welterweight division and doesn’t have to resort to wrestling to go the full distance.

Although Masvidal is one of the most talented strikers in the division, Usman isn’t chopped liver himself. He may try to stand up with masvidal and although fans think that would be a cakewalk for Gamebred, it could potentially be much like Usman’s fight against Covington.

Masvidal is someone with superb takedown defense and will likely try to defend takedowns from a talented wrestler and grappler like Usman at all costs. He’s shown that he can defend off of his back, but who knows if he can take the pressure on the ground from someone as big and powerful as Usman.

Wherever the fight goes, whoever wins the fight this Saturday, it will without a doubt be one of the most entertaining fights we’ve seen this year.

Other Fights To Look For On The Card: