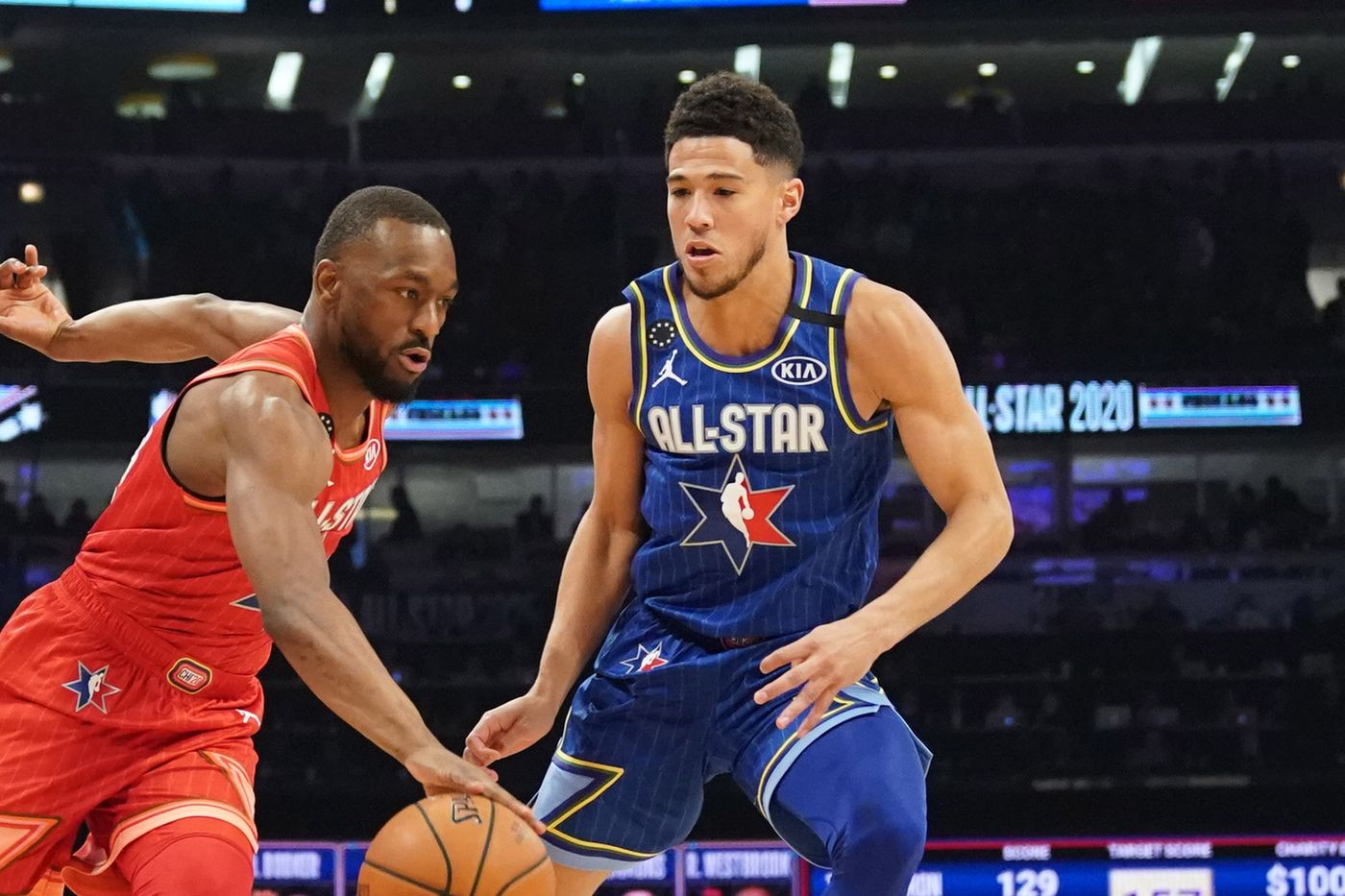 The last couple of years have been nothing short of disappointing for the Phoenix Suns to say the least. Devin Booker has emerged as one of the best off-ball guards in the game, but has struggled to make a mark as a legit star due to the team’s lack of success.

Today, Marc Berman came out with reports that the New York Knicks have “Heavy Interest” in the star guard for the Phoenix Suns. Booker this past season put up impressive numbers of 26.1 points, 6.6 assists, and 4.2 rebounds on 48.7% from the field.

Although Phoenix hasn’t been the greatest franchise for the last decade, and rather far from it, the Knicks have been without a doubt the most disappointing franchise in the past decade. Although they’ve made the playoffs more recently, they haven’t had a true star on the roster since Carmelo Anthony. They have also had two seasons in the past decade in which they won only 17 games.

Although the Knicks wouldn’t be too ideal a trade spot for Booker, there is a chance that they may attempt to pursue him to finally bring in a star player, a department in which the Knicks have lacked for the last few years.

More reports have come out suggesting that the Phoenix Suns are “extremely interested” in Mitchell Robinson. Although they have Deandre Ayton, they have experimented with him at the 4 earlier in the season. He’s big, yet he’s someone with the ability to stretch the floor and mobile enough to guard the 4.

RJ Barrett would serve as a replacement at the 2 guard for Devin Booker. He’s a polished defender and has a great all around skillset. He’s definitely not on Booker’s level quite yet, but he has a high ceiling and is someone who could be a star for the Suns.

The Suns would also receive a 2020 first round pick for Booker. In a loaded upcoming class, the suns could capitalize off a high pick. The Suns have lacked a true point guard ever since the departure of Eric Bledsoe. In a stacked class with true guards like Lamelo Ball, Tyrese Haliburton, Killian Hayes, Cole Anthony, Nico Mannion, and more, the Suns could really benifit snagging one of those studs in the top 10.