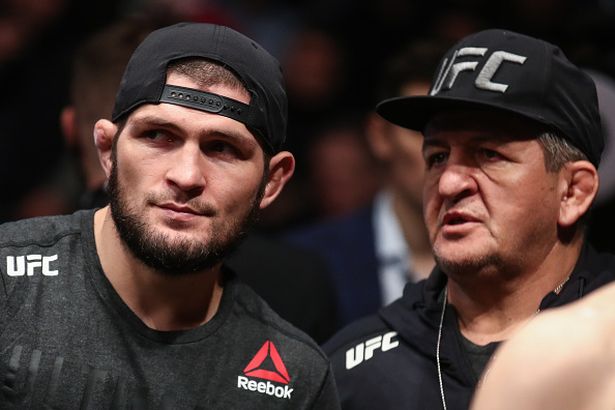 As you may know, not too long ago, UFC lightweight champion and undefeated Khabib Nurmagomedov announced that his father, Abdulmanap, had tested positive for the Covid-19 virus and is in criticial condition in the hospital.

It was announced this morning that Abdulmanap unfortunately passed away at the age of only 57 years old. He is the one who inspired Khabib, stood by him every step of the way, and was always in his corner.

Prior to announcing his father’s condition, he was slated to fight former Interim Champion Tony Ferguson at UFC 249 however, due to complications with coronavirus, he could not make the trip back from Russia to the United States.

“Today, i invited Conor to our home. Yes i made this statement, invited him as a guest. He can visit Dagestan why not?”

Abdulmanap was a man of high integrity, discipline, and respect. He will no longer be with us, but he will be remembered as a legend.

A few weeks ago, Conor Mcgregor suspected and made a statement that Abdulmanap’s condition was not actually in the state Khabib claimed, and that this was a stunt to get away from fighting.

This could potentially spark up another bout between the two, and a bout that may be more bad blooded than the first at UFC 229.