Darnold vs. Jones: Who is the Future Face of New York Football? 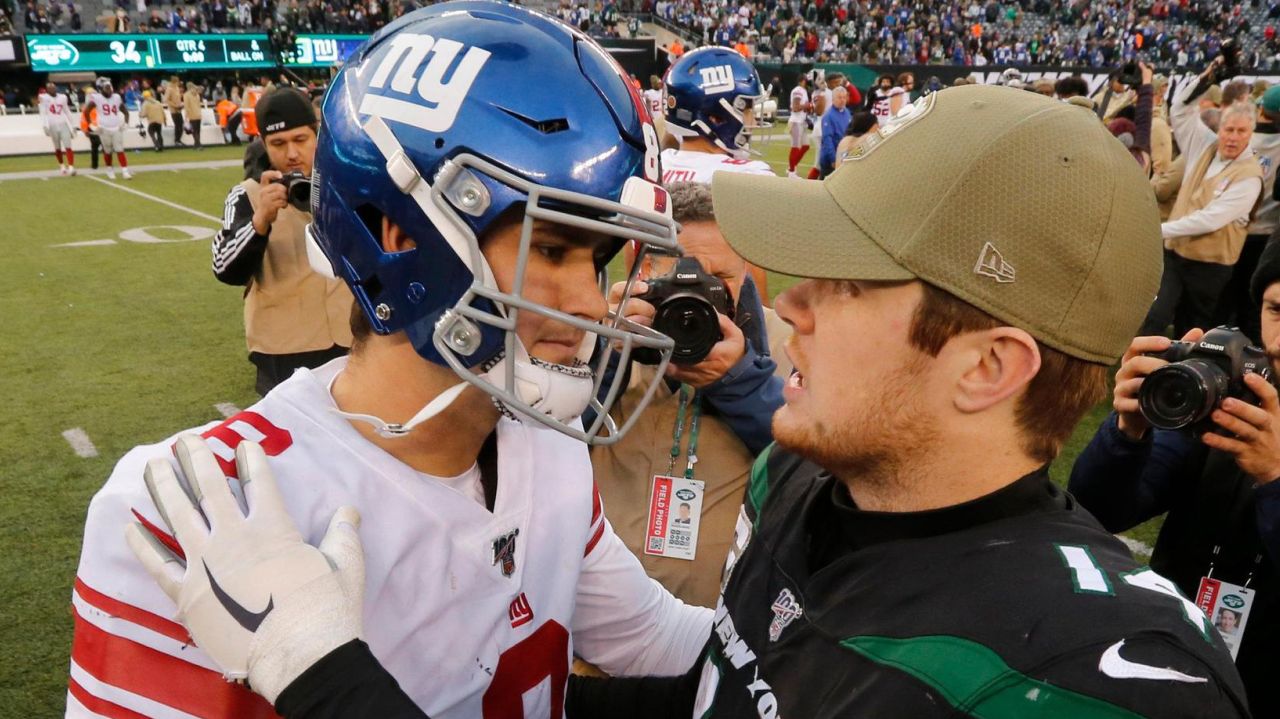 In the past 3 years, both the Jets and the Giants have drafted someone to hopefully become their next franchise quarterback. The Jets selected Sam Darnold out of USC, and the Giants selected Daniel Jones out of Duke. Both have shown promise, and plenty of flaws which concern the fans of their respective teams. However, who has the most potential to bring their teams back to relevancy? Let’s discuss the two.

Each quarterback has shown flashes of turnover issues early in their careers. Jones had fumbling issues throughout his first season, and Darnold’s decision making has led to many bad interceptions. Even his first NFL throw was a pick 6. With their aggressive mentality and confidence comes these mistakes and turnovers early in their careers. The question will be how they solve the issues, and whether they continue to hurt them teams with the mistakes.

Both of the QBs have an elite running back on their team, which does help take some pressure off. Saquon and Le’veon are the focal points of each teams offense. What both players need is an improved offensive line, as well as more weapons, to help them improve. It is difficult to succeed as a QB with little time in the pocket and below average weapons on the outside. In recent years we have seen that some quarterbacks need the team to be built around them before they succeed, such as Jared Goff and Jimmy Garropolo.

Looking forward to this season, I see major improvements for both teams, and for Darnold and Jones. Both players are great talents whose teams have began to put more pieces around them. Both teams drafting a left tackle will be a huge aid for their respective offenses, and quarterbacks. The development of their young recievers, such as Darius Slayton and Denzel Mims will also be major factors.

If I was to choose one of the two to start a franchise with, I would roll with Darnold. What we saw from him last season, going 7-6 in the games he played, with an abysmal roster, was very impressive. He has shown an ability to make some inferior players around him better, which we have not seen from Jones yet. Both will be improved this season, but Darnold, in his sexond year with this coaching staff, will take a big step in showing us why the Jets made the right pick in 2018.