Winners and Losers of the NBA Hiatus: Atlantic Division 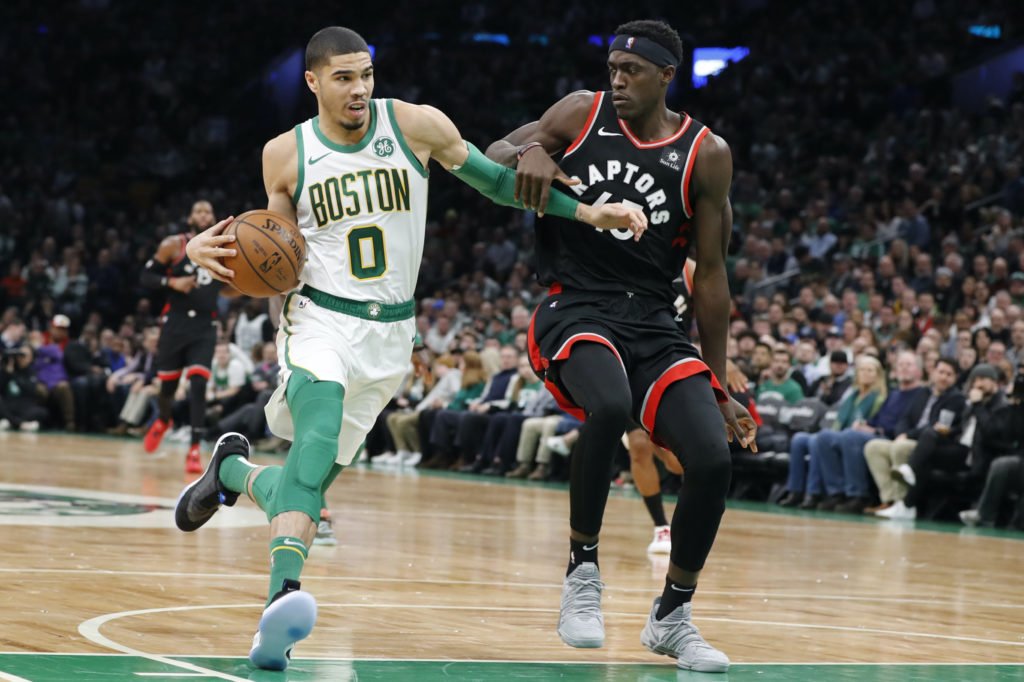 The Celtics possess one of the strongest starting line-ups in the NBA with any one of 4 players capable of going for 30 on any given night. As the league returns it is likely that inconsistent performances will be more prevalent than had the league had a typical season. As one of the more youthful teams left in the 22-team playoff bubble, conventional wisdom dictates that they will play themselves into shape fairly comfortably. As one of the top 5 teams in both offensive and defensive rating the Celtics should find themselves within striking distance in nearly every game come 4th quarter. If Tatum is the closer, he looks to have been over the last month of the season then he will have to be the go-to-guy at the end of the games that matter.

Cause for concern: Throughout February and the beginning of March Tatum appeared to have made the leap to possible 1st option on a championship team, averaging 29.6 points over 13 games. In the 13 games before that, he averaged 22.5 points. If the Celtics want to make a deep playoff run, they’ll need to be able to rely on his scoring. Boston will need Gordon Hayward to remain a similar player to what he was heading into the shutdown, posting an efficient 17.5 points a game in his last 11 games. However, there is no guarantee he will perform to that level because in the two years since his horrific ankle break he has been nothing if not inconsistent.

Until the past few weeks the Nets looked like sure fire winners from the NBA hiatus. The prospect of having Kevin Durant and Kyrie Irving rejoining the team on a neutral court, had Brooklyn fans hoping for a possible finals appearance. The news that they would have neither of their superstars leaves them looking at a relatively quick playoff out as they are likely to match up with the Raptors in the first round of the postseason.

Reasons for hope: In the first half of the season, when Kyrie was out with injury, Dinwiddie looked like an All-Star. As the starting point guard, Dinwiddie averaged 24.8 points per game. Expect him to be once again handed the reins of the offence, if he can recapture his early season form, the Nets could prove a tough first round matchup.

The Philadelphia 76ers are one of the most bizarrely pieced togethers teams in the NBA. In the modern era of pace and space, predicated on 3-point shooting, the 76ers instead went for size and a lack of shooting. Sure, you can explain this as Philadelphia wanting to provide defensive versatility but this has not offset the lack of offence leaving the 76ers as the sixth seed in the Eastern conference. The two stars of the team experience an issue playing simultaneously. Ben Simmons without Embiid looks like a bonafide superstar; Embiid without Simmons plays in the post and dominates rather than sits at the 3-point line and settle for jumpshots. The time away from each other and the court will have only increased the lack of cohesiveness they have on offence. Another issue with Philadelphia is their abysmal record on the road, at 10-24 the team above them in ‘road standings’ is the New York Knicks. There’s no way to pinpoint for what reason they have struggled so tremendously on the road, if the answer is immaturity then the current playoff situation doesn’t appear to bode well.

Reason for hope: As appalling as the road record has been, the 76ers have the best home record in the NBA at 29-2. If Orlando feels like home for Philadelphia the NBA may well be put on notice. On top of that, when Embiid is at his absolute sparkling best he looks like a candidate for best player in the entire league. If Joel can achieve his peak this postseason, this could most certainly be the moment 76ers fans have been dreaming of since the start of Hinkie’s ‘The Process’.

The Raptors during the season have overcome a plethora of nagging injuries. Out of their 5 leading scorers, not one of them has missed less than 11 games. The 4 month break heading into Orlando will allow the team to rehabilitate from any of injuries and get back into playing condition. The Raptors’ are unique in their build as a roster. They are a team loaded with veteran leadership, but their best player is the young star Pascal Siakam. This mix, combined with the experience from last year’s NBA championship, means that Toronto is well equipped to deal with the unusual circumstances that this year’s postseason will be played under.

Cause for concern: In the previous playoffs, in which they won the title, the Raptors arguably had the best player in basketball. Following the departure of Kawhi Leonard, Siakam has improved into an All-NBA calibre player. Whilst last season he proved he was a more than competent second option on a championship team, this time around he will be expected to bear the load for ‘The North’. Another issue is that before Kawhi the Raptors had been partial to a playoff collapse or two. This is, of course, a vastly different team to the DeRozan led raptors of the late 2010’s. Although some of the key players remain the same, players such as Lowry and Ibaka have the opportunity to completely eradicate any remnants of the notion that they are playoff chokers with another deep playoff run.