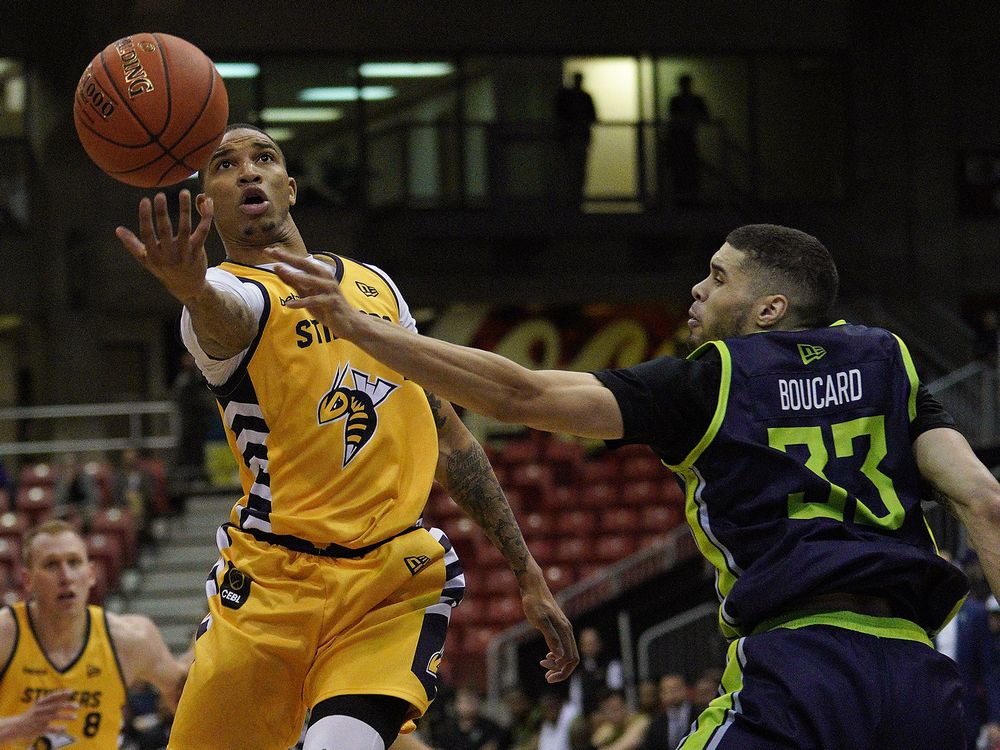 The Canadian Elite Basketball League is quickly growing into Canada’s finest basketball league ever, signing so much international, G-League and NBA talent. The CEBL also did a great job of retaining their key players. Many high end superstars returned to the CEBL and many more new ones join the league. Today, we’ll be looking at the Top 5 returning CEBL players from last year, and three new faces who could overthrow some of these players.

The reigning defensive player of the year was the glue that kept the Niagara River Lions together until the end. Muldrow’s averages were 9.7 points, 3.9 rebounds, 1.9 blocks and 0.4 steals per game. Muldrow was a beast in the paint, causing havoc for anyone who dared enter his protective bubble. Muldrow famously recorded 8 blocks in a single CEBL game, a record that currently stands as most blocks in a single CEBL game. By definition, Muldrow is the best defender in the CEBL, but he also has a strong offensive game. Muldrow in the post is not an ideal situation for a defender, his 6’9 230 pound frame makes for a ridiculously tough time. Muldrow has also begun shooting threes, which is scary, considering that there’s pretty much nothing Muldrow can’t do anymore.

Travis Daniels broke onto the CEBL scene last year as one of the most unstoppable, versatile CEBL players. Daniels’ versatility and perfect build caught everyone’s eye, as someone who could post-up, grab rebounds, throw down nasty dunks, and take outside shots. Daniels works great in the pick and role, and can defend to a high level. His averages were 17.6 points, 8.1 rebounds and a league high 61% from the field. Daniels was the definition of efficient, he did everything the Stingers needed from him and more. This season was a particularly interesting breakout for Daniels, who has never averaged more than 12 points per game in his career. Daniels broke through and has now established himself as a superstar in the CEBL.

Canadian of the year Guillaume Boucard led the Niagara River Lions to the best regular season record. There’s no question Boucard was the first option on the River Lions, the ball was always in his hands in the dying seconds of the game. Boucard famously hit the buzzer beater against the Edmonton Stingers to save the game and send it to overtime. Boucard is a clutch pure scorer who can score from half court all the way to the basket. His averages were 16.1 points, 7.5 rebounds and 1.6 steals per game. Boucard was not only a great offensive threat for the River Lions, but a lockdown perimeter defender. Boucard is a tall small forward who takes advantage of his height on both ends to score, and stop others from scoring.

Tavrion Dawson left the Rattlers suddenly just before Championship Weekend. We’re not quite sure what this was all about, but prior to his departure he was the leading scorer for the entire CEBL. Dawson averaged a league-high 19.6 points per game, to go along with 6.6 rebounds through his 14 games with the Rattlers. Dawson is an exceptional scorer with incredible talent. The second team all-CEBL team member probably deserved to be first team, but nonetheless he is without a doubt one of the league’s top returning players.

As the CEBL Player of the Year, this was a no-brainer. Moon led the Stingers to an impressive inaugural season, dazzling everyone who laid eyes upon a Stingers game night after night. Moon’s incredible speed, passing ability, scoring ability and hustle made him the obvious choice for the Player of the Year over Ricky Tarrant Jr. Moon averaged 19.3 points, 5.6 assists, 4.4 rebounds on 53% shooting from the field and 44% from behind the three point line. Moon also recorded 2.2 steals per game, establishing himself as the best two-way guard in the CEBL, and of course the best player in the CEBL.

3 new Players who could overthrow them

Keane is a newcomer to the newcomer team Ottawa Blackjacks team. Keane brings G-League experience with the Raptors 905, as well as three seasons in the NBA Summer League, where he played one with Memphis and two with Toronto. Keane also has a few international leagues under his belt. Keane’s international league stats were impressive, most recently he averaged 15.5 points per game in Germany’s top basketball league. Keane is a very talented player who could break onto the CEBL scene as one of the top players if Ottawa give him the ball, which there really is no reason to believe won’t happen.

Canadian Justin Jackson is the only player in the CEBL to be drafted to an NBA team. In the 2018 NBA draft, the Denver Nuggets selected Justin Jackson with the 43rd overall pick. Jackson was subsequently traded to the Orlando Magic for Jared Vanderbilt. While Jackson never ended up playing an NBA minute, he did play with the Lakeland Magic, Orlando Magic G-League team. Jackson broke his foot early in the season, which ended his season. Since then Jackson has been working to make his comeback. The CEBL is lucky enough to be the platform where he makes his comeback. We know Jackson is an elite basketball player who can create space on the floor. Jackson is a long body who can score well enough that the Orlando Magic want him, expect him to play with a chip on his shoulder as he looks to return to the caliber he once played at for the Lakeland Magic.

The Honey Badgers rocked the CEBL community with the signing of Briante Weber. Weber is an NBA veteran who has 47 regular season games under his belt. Weber played for the Grizzlies, Warriors, Hornets, Heat, and the Rockets throughout his time in the NBA. Weber is an extremely difficult coverage who can score very efficiently from everywhere, and defend practically anyone. Weber has been the NBA G-Leagu Defensive Player of the Year in the past, and plays with a Patrick Beverley tenacity night in and night out. Weber has gotten the opportunity to play alongside NBA superstars like Mike Conley, James Harden, Kemba Walker, Dwyane Wade, Steph Curry, and played against many more. Weber is someone we could see take the top spot in the CEBL. His NBA experience is unmatched in the CEBL.