Winners and Losers of the NBA Hiatus: Southwest Division 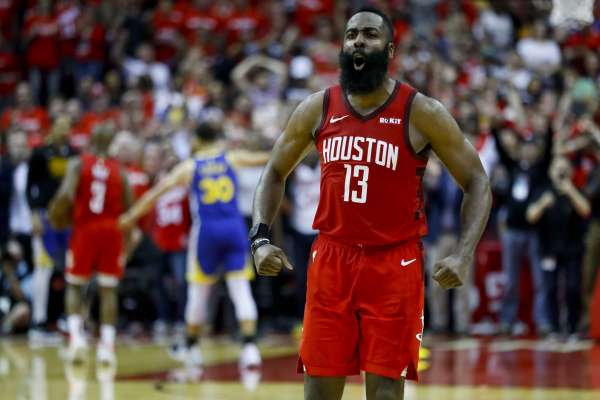 The Mavericks have struggled with injuries to their star European big man, Kristaps Porzingis. In January, Kristaps missed 11 straight games with a right knee injury and has been load managing throughout the rest of the season. With a ‘mini offseason’ to rehabilitate from his injuries Porzingis should, in theory, be at his best in time for the playoffs. At one and a half games back from Houston and Oklahoma, it’s not out of the picture for Dallas to move into the 6th or 5th seed and get a favourable matchup against the nuggets.

Cause for concern: The Worst case scenario for the Mavericks in the first round would be the Clippers, who they currently stand to play. They are currently 0-2 in the season series, and the Clippers mix of wing defenders will prove a nightmare for Doncic.

The Nuggets biggest need is wing depth, luckily they can look in house to plug that hole. Throughout the season, former number one high school prospect, Michael Porter Jr has played limited minutes due to lack of defensive awareness. Due to the 4 month (by the time the NBA returns) hiatus MPJr has no excuse to not be completely comfortable with the Nuggets’ defensive rotations. Additionally, if the rumours are to be believed then, Nikola Jokic is expected to be in the best shape of his career.

Cause for concern: The potential 1st round playoff opponent of Houston could cause massive problems for Denver, the Rockets will ruthlessly hunt to ensure Jokic has to switch onto Harden and Westbrook. Guards shoot 39.8% from beyond the arc when being defended by the Nuggets big man. Expect opponents to make full use of that, come postseason time.

When the Rockets fully committed to small ball, skeptics were very vocal. Since they traded Capela on the 5th of February Houston has done everything except answer the questions asked of them. Having gone 9-6 with some great wins and horrible losses. The break in NBA basketball should allow Harden and Westbrook to rest and get themselves in perfect shape for the playoffs; this year Harden will be unable to say he is tired if he fails to perform, come playoff time. The Rockets were going needing something weird to happen this season to have any chance of winning the title, a pandemic induced hiatus qualifies as something weird. Before the break the Rockets’ championship chances were essentially nil, now the door has been cracked open.

Cause for concern: The center position. The Rockets currently trot out PJ Tucker in the Center position. PJ is a superb 3-point shooter and an incredibly capable defender. At 6’5 he is not best equipped to guard some of the more talented big men in the NBA. One of the best in the league is the cornerstone of their first round matchup, NIkola Jokic.

The Grizzlies are the team that has lost the most in the new format for the playoffs. After shocking the world to be a playoff team after 65 games Memphis may lose all of that in a play-in tournament, unless they can stay at least four games ahead of the chasing pack. The NBA hiatus also all but ensures the Grizzlies will meet the Lakers in the first round, almost guaranteeing a very short series. The Grizzlies are a team that rely heavily on team chemistry, very much a case of the sum is greater than the parts, the near 4 month league exodus will do nothing to help their chemistry.

Reason for hope: Early career playoff experience never hurts a player’s career and helps increase the chance of later success. 11 of the 16 players on the Grizzlies roster are 24 years old or younger, even if it is just a short series in the first round and then an exit, it will be hugely beneficial for Memphis to observe how the young players perform in a postseason setting. With talented prospects like Jaren Jackson Jr, Brandon Clarke and obviously Ja Morant, the future of Memphis appears to be in safe hands. Following just 2 seasons of tanking, the Grizzlies have undertaken an incredibly efficient rebuild and should be set for the future.

The Zion era has officially arrived in Louisiana. Since Williamson made his debut for the New Orleans Pelicans, the Pelicans have gone 11-9 and closed the gap to the 8 seeded Memphis Grizzlies. As one of the teams within the ‘playoff bubble’, it is near impossible for New Orleans to be losers from the league resumption. Should the Pelicans make it to the playoff play-in tournament and face the Grizzlies, they would likely be slight favourites; as deserving of ROTY that Ja Morant is, Zion and Brandon Ingram are both currently better players than the number 2 overall pick. Very rarely is it that a team has the two best players in a series and they go on to lose. However, NOLA would then likely meet the Lakers. Whilst the series would fare phenomenally in terms of TV ratings, it would almost definitely end up in a sweep in favour of LA.

Cause for concern: The future of the franchise is reliant on Zion Williamson. During his 2 years at the forefront of public consciousness, Zion has had two injuries that have forced him to miss significant time. The biggest concern for the Pelicans is that WIlliamson may suffer from another injury, one that could cause permanent damage. Similar injury issues plague the rest of New Orleans’ future stars.

I maintain that nearly all of the playoff bubble teams can only be winners from the restart. This is not the case for Popovich’s Spurs. Whilst the younger teams fighting for the playoffs will leave Orlando with hope. San Antonio will leave Disney World having seen their dynasty finally collapse with little more than a whimper. The two ‘superstars’ that the Spurs have on their roster seem more like remnants of a bygone era in the NBA. DeRozan’s 3-point shooting regression combined with Aldridge being a post up player in an efficient league, has led to the Spurs being nothing more than a footnote in the ‘playoff bubble’.

Reason for hope: Dejounte Murray has continued his development into a possible All-star. Off the back of a torn ACL Murray started the season with questions about his growth as an NBA player. He again improved on his previous season, which saw him named as the youngest All-Defence player in league history. Murray’s statistics. across the board have improved in his 3rd season in the NBA and are likely to improve once again next season.