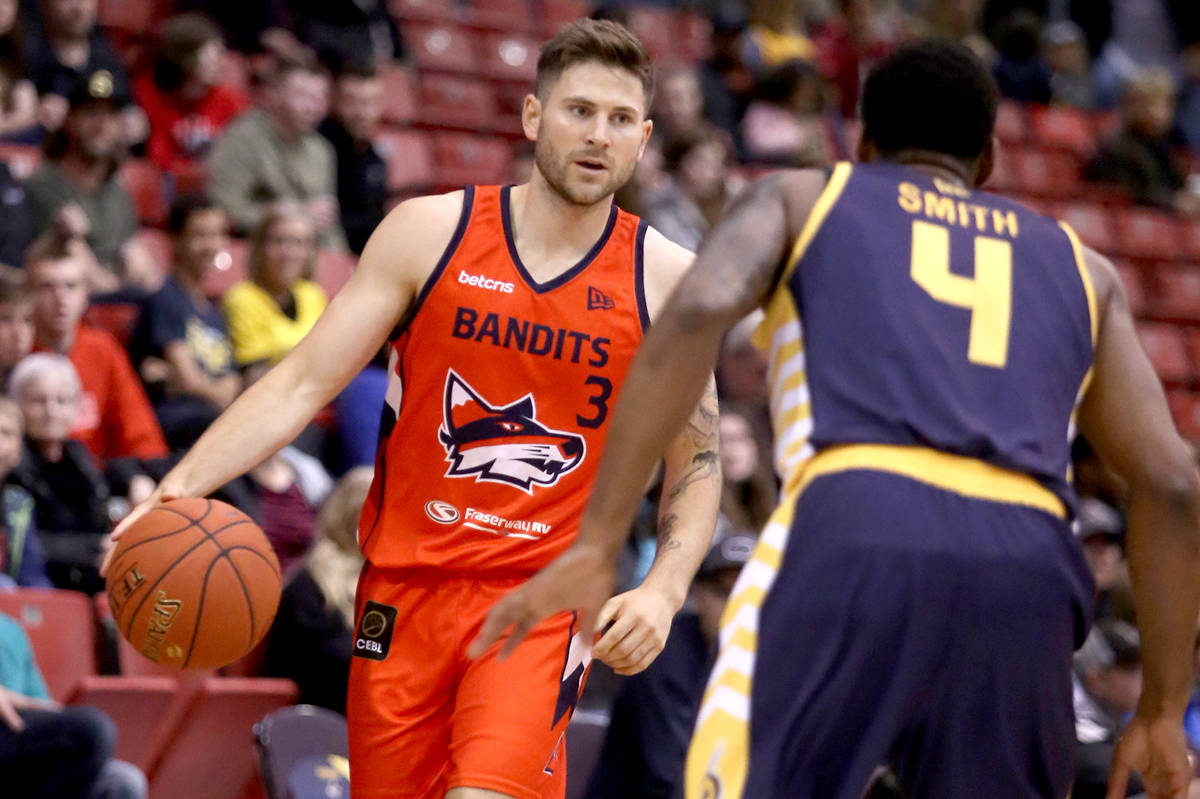 Following a disappointing first season, the Fraser Valley Bandits knew they needed to blow up their roster and coaching staff to see some change. The CEBL’s most western team finished among the two teams that missed the playoffs last season and had very few players stand out as “keepers” on the roster. The first change for the Bandits was the hiring of a new coach. The Bandits dismissed Peter Garasci, the teams head coach and GM, and hired Kyle Julius in his place. Julius has experience in the NBLC with the London Lightning and knows what it takes to win in Canada. Julius is the first of the many changes Fraser Valley faced in the offseason.

The sole returnee for the Bandits was point guard Marek Klassen. Klassen impressed in his first season with the Bandits, and ran the show in his hometown Abbotsford. Klassen joined the team late, when the Bandits had already begun their famous 9 game losing streak, and he was a big part of breaking that streak. Klassen is a great scorer and passer who ended up leading the CEBL in assists per game. It was a no-brainer to bring back Klassen. Klassen is a fan favorite being born in the Fraser Valley, so it made sense to bring him back. Klassen will be crucial to the rebuild of the Bandits, as one of the only individuals who will be on the court who has been a part of the Bandits organization before. He’ll also be crucial in controlling the pace and setting up his teammates, both of which he does very well.

Aside from Klassen, the Bandits only have one other player who has any CEBL experience at all. Sharpshooter Mamadou Gueye signed with the Bandits after a season with the Edmonton Stingers. Gueye is a flamethrower from behind the arc and is one of the most fire-catching shooters in the CEBL. Gueye instantly changes the momentum of the game when he heats up. Last year, the Stingers saw multiple 25+ point games from Mamadou. Gueye is also a decent slasher, passer and defender, but his bread and butter is the three-point shot. There’s nothing quite like the feeling of relief when Mamadou catches a pass behind the three-point line wide open, he just provides so much relief and spaces the floor extremely well for bigger players, and more ball-dominant players. Overall, Mamadou is a very valuable player who makes a serious impact in limited minutes.

One of the Bandits’ first signings was former British Olympian Kyle Johnson. Johnson has played at the Olympics representing his country and has tons of experience in pro leagues around the world. Johnson has been playing pro since 2011 and is one of the older players in the CEBL. His experience will prove useful to a rebuilding Bandits team looking to find their identity. Johnson will have a strong impact on the court, helping score, pass and rebound, but also off the court, mentoring younger players and helping them reach the levels he has. The Bandits signed Johnson early, so I wouldn’t be surprised to see him get starting minutes where he can make an impact on winning.

Point guard Junior Cadougan was signed to the Bandits days after Johnson and Klassen. Cadougan comes from the NBLC, where he has played under Bandits head coach Kyle Julius. Cadougan is a stocky, strong point guard who can score and pass well. Cadougan was awarded the NBLC’s most improved player in 2019, despite being 30 years old. Cadougan’s prime continues today and could carry over into the Bandits season. Cadougan provides a great bench relief for Klassen and will be a great mentor for some of the younger guards on the Bandits.

The Bandits drafted three players in the USports draft, where University players have a chance to play pro for a CEBL team. The Bandits drafted Parm Bains, Daniel Adediran, and Kenan Hadzovic. Of these three players, only Daniel Adediran appears on the Bandits training camp roster. Adediran is a tall guard who will be stepping into a great situation for him. The Bandits have just 12 players, so he could see some court time over the next season at the end of games that are out of hand for either team.

One of the Bandits’ most intriguing and surprising signings was the signing of streetball legend, and Vancouver born local, Joey Haywood. Otherwise known as King Handles, Canada’s Bone Collector specializes in professional ball handling. Haywood hasn’t played pro in some time, but will certainly leave the crowd stunned with his insane dribble moves. I honestly suggest searching Haywood’s highlights up. Haywood is an entertainer and will help fill the seats in Fraser Valley. On top of that, Haywood can play. He’ll be a great addition to the Bandits bench, and will be able to bring double teams, and help find his teammates open looks. Haywood could be a high impact player for the Bandits if he can get the minutes he deserves.

Another solid signing for the Bandits was the signing of 28 year old point guard Jabs Newby. Newby is another player with ties to Bandits head coach Kyle Julius, and someone who has experience playing in the NBLC. Newby is a decent scorer, rebounder and passer, and a strong defender who emphasizes fundamental skills in his game. Newby won’t be flashy, but he’ll help slow down some of the quick guards in this league like Xavier Moon and Alex Campbell. Newby is also very experienced, and a high IQ player who can be trusted to make the right play.

The Bandits also brought in yet another point guard in Malcolm Duvivier. Duvivier’s time in the CEBL has been a long time coming as the Hamilton Honey Badgers actually selected Duvivier in the 2019 CEBL Entry Draft. Duvivier never made the Honey Badgers regular season roster, but remained in the CEBL community, as he now finds himself with the Bandits. Duvivier’s three point percentage stands out, and it looks like he’ll be asked to play shooting guard, despite his 6’2 frame. Duvivier is a strong shooter and decent at most other parts of the game. He’ll be a great spark for the Bandits bench.

The next signing for the Bandits was veteran Cameron Forte. Forte is coming off a spectacular season in the NBLC, where he shot above 60% from the field and had impressive scoring and rebounding numbers. Forte is a fiery, small, big man who makes it on heart and hustle. Forte is a capable starter who’s height and build are rare to come across. He should make an immediate impact for the typically undersized Bandits. Forte is someone who can take over games, and won’t give up when the game gets out of hand.

The Bandits continue to take the veteran route by signing designated big man John Fields next. At 6’9, Fields has two inches on Cameron Forte and Mamadou Gueye, as the tallest on the team. This indicates that Kyle Julius intends to start Fields at center. Fields will need to ensure he stays healthy for the sake of the team, as Forte will likely be the backup center. With some teams like Edmonton having multiple players at 6’10 or taller, the Bandits will be calling on the very capable Fields to step up and run the show. Fields also has lots of experience playing on multiple continents over the last decade.

The Bandits capped off their guard roster with Jahenns Manigat, the 6’1 Canadian product. Jahenns is a great shooter, with school records in college and high school for three-pointers made. Jahenns has also played in some of the world’s top leagues and held his own. Despite being 6’1, Manigat is known to be able to stretch to the shooting guard position, where he thrives on his gritty and tough defensive abilities. Manigat is a true 3 and D guard who is capable of filling multiple roles on the Bandits, a team that really needs versatility from its players.

The final signing for the Bandits was that of Marcus Capers. Capers most recently played for the London Lightning of the NBLC and has been for the last 5 seasons. Capers had the chance to play with Kyle Julius, which explains his choice with the Bandits. Capers isn’t necessarily a high volume scorer or high volume statistical machine, but he rebounds very well and contributes the little things that help his team win. He is a capable starter, he doesn’t need the ball in his hands to work, which makes him valuable on a team full of veteran sharpshooters. Capers is a great fit on the Bandits, and he provides the Bandits with more veteran presence.

The Bandits are not a particularly dominant team, but they’re full of capable veterans who each bring their own skills. Kyle Julius is a great addition for the Bandits, his crew along with Marek Klassen and Mamadou Gueye should make for an interesting season. They’re definitely a sleeper team in the CEBL. Fraser Valley is a great community for basketball, they deserve a better season than they got last year.