Best Player Matchups we Could see in the NBA Finals 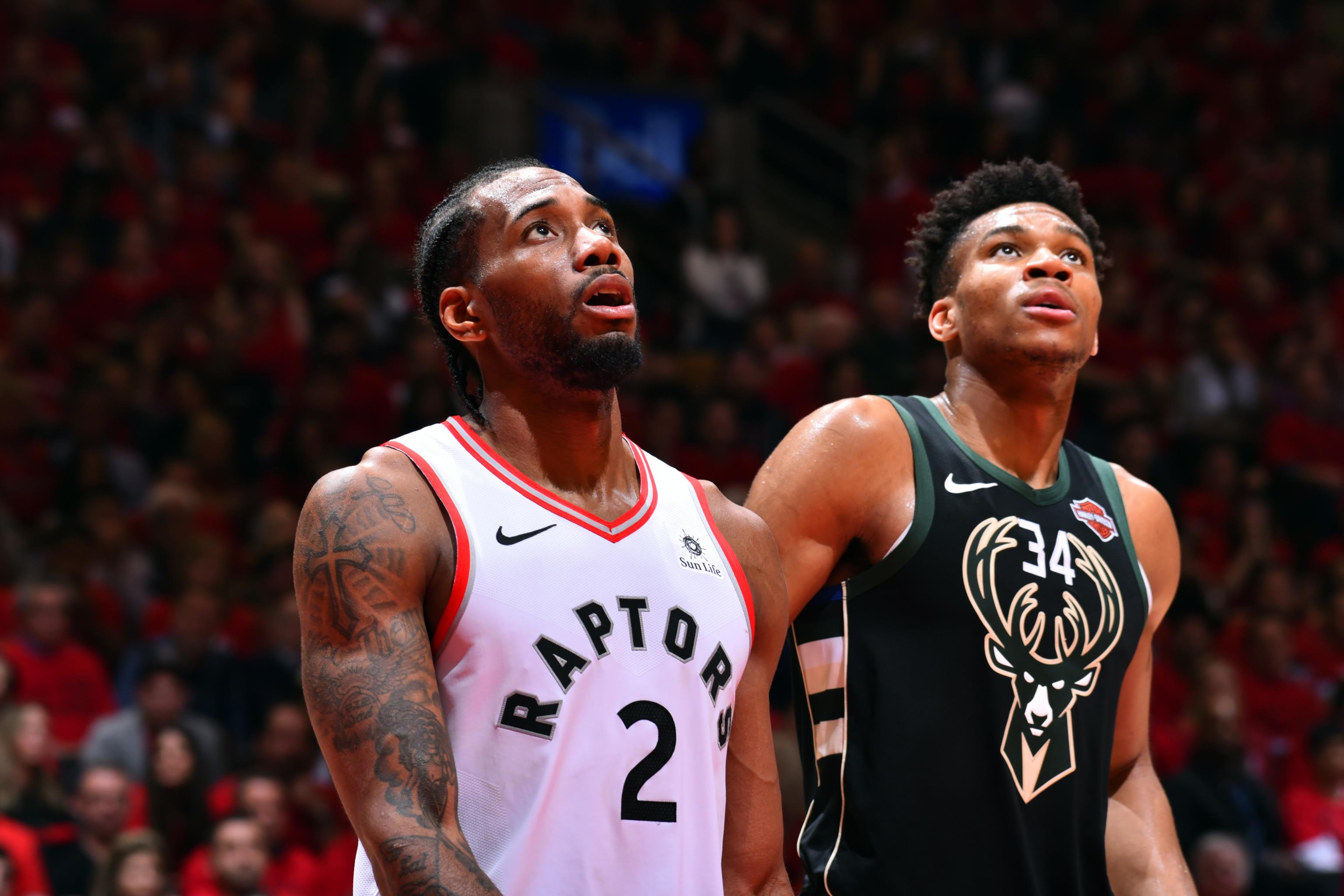 With the NBA season set to resume, and the NBA Finals set to conclude in October, here are my personal top realistic player matchups we could see in this fall’s NBA Finals.

This is certainly the most inticing direct player matchup we might see, as these two may have the balance in the finals hanging on who outperforms who. AD is obviously an excellent paint defender, and is a huge reason why the Lakers have success on that side of the ball. Giannis on the other hand is a force offensively on the inside, and commands so much attention from opposing defenses. If AD can slow down Giannis, it is unlikely the Bucks can beat the Lakers. But if Giannis is able to dominate inside, this is a totally different series.

After a great matchup in last year’s ECF, where the Raptors upset the Bucks after going down 0-2, another matchups between these two stars would be incredible. Can Giannis get over the hump, and defeat the stacked Clippers, or will Kawhi be a back-to-back champion, and solidify himself as a top 3 player in the league. This matchup will come down to which of these two stars outplays the other.

After a long free agency process, Leonard left the Raptors this past summer to join the Clippers, after leading Toronto to their first ever championship. Surprisingly, the Raptors haven’t fallen off, and are the 2 seed in the East. It would be a phenomenal story if we got to see the Clippers and Raptors in the Finals, and to see how his former teammates cope in that environment without him. If Kawhi performs like last year, it is likely the Raptors have a hard time winning this series.

Maybe this one is unlikely, as neither team is a huge favorite to get to the Finals, but how cool would it be to have the 2 best centers in the NBA going at it for a championship. The 2 couldn’t have more different play styles, with Jokic being far less athletic and relying on his passing and shooting, while Embiid is a monster inside, and plays great defense due to his athleticism. The clash of styles and overall talent here would make for quite the matchup.

This matchup would be a story book one, with, in Lebron’s own words, the “Prince” taking on the King. Simmons plays very similarly to Lebron early in his career, with excellent court vision, athleticism, and defense. The Sixers and Lakers would create a very interesting series, with Simmons and Bron, as well as Embiid and AD matching up with eachother. Simmons will need to dominate for the Sixers to make it this far, and especially if they expect to compete with the Lakers.