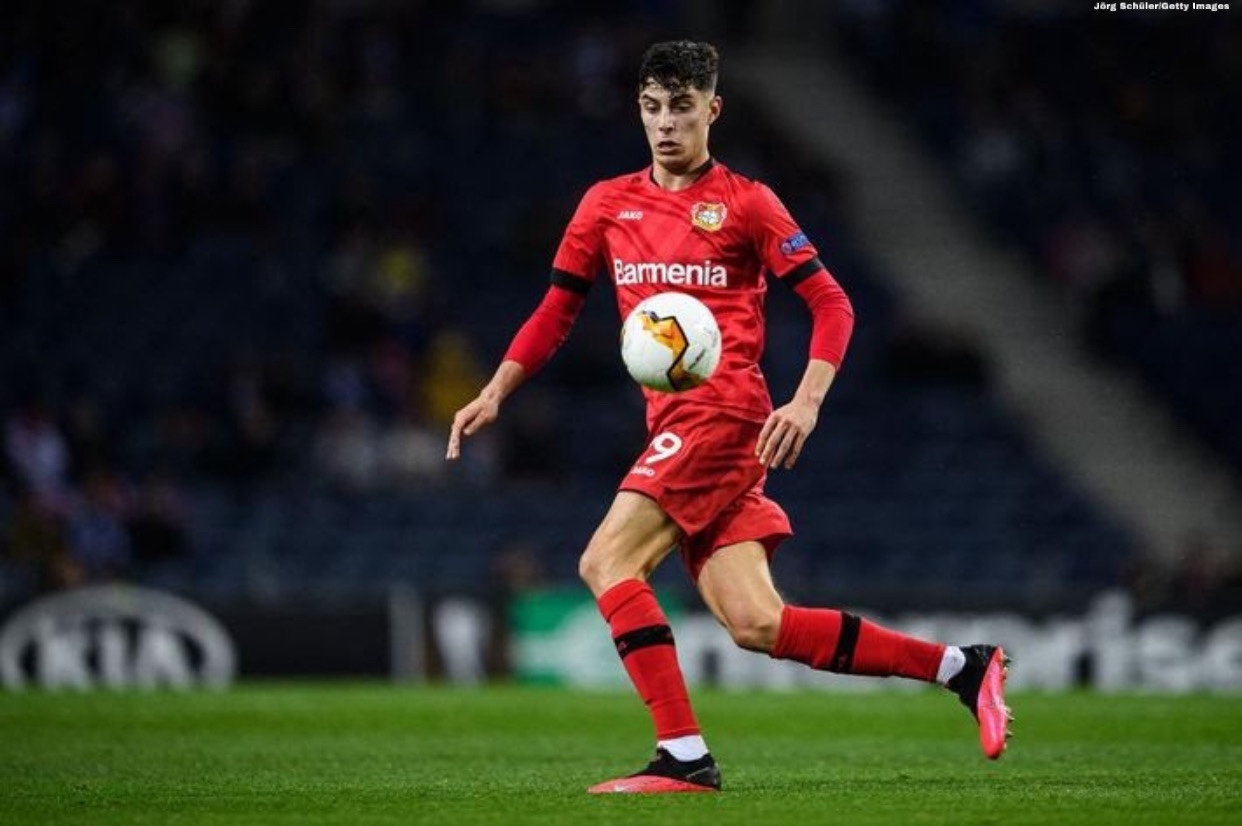 Chelsea have reportedly contacted Bayer Leverkusen regarding Kai Havertz and a transfer that could take place this summer. Frank Lampard and the blue’s have had quite an unfulfilling season in the Premier League. Although still being in 4th in the league behind Leicester and having a spot for the Champions League… It was evident that the fans and manager Frank Lampard wanted more this season with Christian Pulisic, Tammy Abraham, N’golo Kante and Willian. People expected a team with that much talent to be able to fight for a chance at the title, but considering Liverpool and Manchester City’s fight against each other, being neck and neck almost all season long, those hopes for a title just vanished.

Chelsea have reportedly agreed to terms with Timo Werner from RB Leipzig and if the transfer goes through, he will start with Chelsea as of this summer, and they also have high hopes in signing Havertz this summer to be alongside Werner on the wing.

Havertz is arguably the best young star in the Bundesliga, for his world class style of play, having 15 goals and 8 assists in 38 appearances. His immense talent has not gone unnoticed as Bayer Leverkusen has received offers for huge clubs for the German attacker. Those clubs include Manchester United, Real Madrid and Bayern Munich.

There has been no official word yet from Havertz or his agent on what his fate will be this transfer window, but it is almost certain that Havertz will not stay at Leverkusen for long considering all the money being offered for him.

Alphonso Davies Out For 6-8 Weeks with Ankle Injury