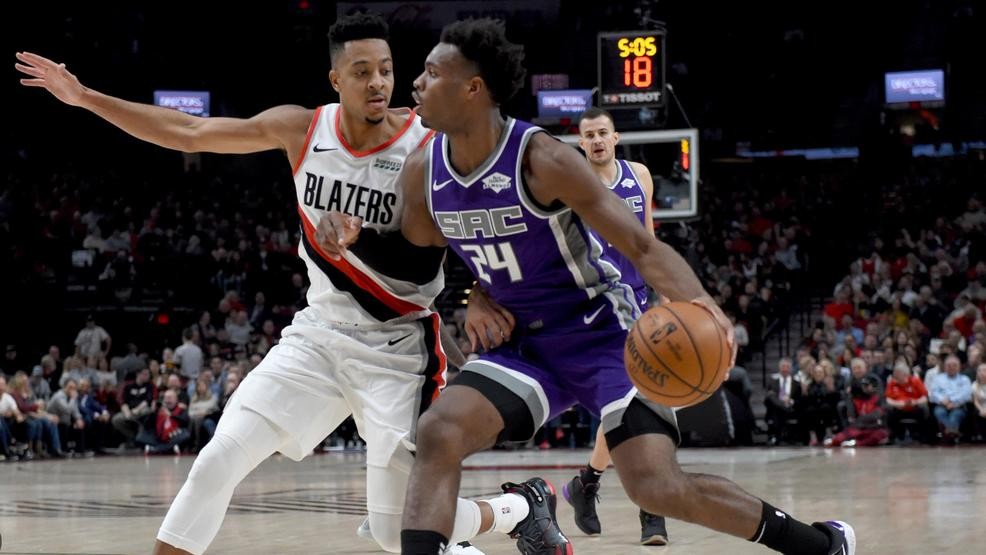 The Brooklyn Nets were recently making headlines after announcing they intend to pursue Wizards superstar Bradley Beal in the offseason.

The Nets already have Kyrie Irving and Kevin Durant and are in search of a third star to really put them over the top.

The era of superteams, at least for now, seems to be over with dynamic duos taking place all over the NBA. These duos include LBJ and AD, PG13 and Kawhi, KD and Kyrie, Luka and Kristaps, Jamal Murray and Nikola Jokic, and several more.

The Nets are likely going to attempt to get an edge for next season as they have the trade assets to do so. Players like Dinwiddie, Jarrett Allen, Caris Levert, Taurean Prince, and their first-round picks all have solid trade value.

The Wizards announced that they have zero plans to trade Beal so the Nets are going to have to look elsewhere with these assets. Here are three players they should consider:

If they can’t have the East’s favorite 6’3 Shooting Guard, why not go for the West’s? CJ McCollum is coming off a great season, however, the Trail Blazers are not.

Despite having Lillard, Whiteside, and a revived Carmelo Anthony, the team is sitting in ninth in the Eastern Conference and will be going to Orlando, but their season isn’t going to be the Conference Finals surprise that it was last year.

Since Whiteside and Anthony will both be free agents, the Trail Blazers will have some holes coming into the offseason. They’re trying to maximize their window with Lillard as he is 29 so they may need to shake things up.

The Blazers benefit handsomely from this trade. For giving up their Shooting Guard, they get one in Spencer Dinwiddie right back, and they get a nice Center in case Nurkic gets hurt again. The young piece they get is Caris Levert who, although injury-prone, is a very talented player who could really boost their bench or start at the Small Forward.

The Nets get their third star in McCollum while keeping some solid rotation players like Jarrett Allen and Taurean Prince. Jordan isn’t even that big of a deal because Nicolas Claxton has proven to be a solid backup for them.

In 2018, Oladipo was at the top of his game. After being traded to the Indiana Pacers in exchange for Paul George, he earned himself the Most Improved Player with averages of 23.1 points, 5.2 rebounds, 4.3 assists, and 2.4 steals per game. He also shot an impressive 37.1% from deep making him one of the most dangerous two-way players in the league who led the Pacers to the #5 seed and took LeBron James and the Cavaliers to seven games.

After that season, Oladipo seemed to regress a bit averaging just 18.8 points, but was still a good player, that is, until he got injured just 36 games into the season.

After that injury, he only played 13 games this season but will be going to Orlando with the currently #5 seeded Pacers.

Oladipo was unhappy with the money offered to him by Indiana for his contract extension and tensions were heated for a while before the news kind of just died out for now, however, in the offseason, they will inevitably revisit it.

If the Pacers don’t want to give Victor the money, this trade could work out well for both sides:

The Pacers don’t need to worry about giving Oladipo the money since he will be gone and also get Dinwiddie to replace him as the Shooting Guard. They also get DeAndre Jordan as a backup Center and Taurean Prince as a solid backup Swing Forward to help them contend.

The Nets get Oladipo who still has the potential to be great if he can get back into the swing of things. Oladipo is also a great defender so he would be used to stop players like Trae Young or Luka Doncic. They also receive Doug McDermott to replace Joe Harris who is coming off the books next season in order to get some valuable shooting off the bench.

Buddy Hield is widely known as a great shooter around the league and he has not been pleased with being benched in favor of Bogdan Bogdanovic.

Hield was a Most Improved Player candidate in 2019 after averaging 20.7 points on 42.7% shooting from deep.

Despite putting up similar numbers this season, Bogdanovic had been having a breakout season of his own which got Hield benched. Hield had been involved in several trade talks and he’d fit in perfectly as the third option with the Kings.

The Kings receive several assets to build around De’Aaron Fox. You may have noticed the pattern that Jordan and Dinwiddie were involved in every trade. Well, that’s because these Shooting Guards are expensive and Dinwiddie and Jordan are the only ones with sizeable contracts that the Nets might actually be willing to trade. In addition to those two, they get a first-round pick and Kurucs as two solid young pieces.

The Nets get Buddy Hield back the get that third scorer. A team of Hield, Irving, and Durant is a very dangerous team that really could take out LBJ and AD or PG13 and Kawhi.

The Nets are going to do something this offseason. It’s just a matter of with which team.