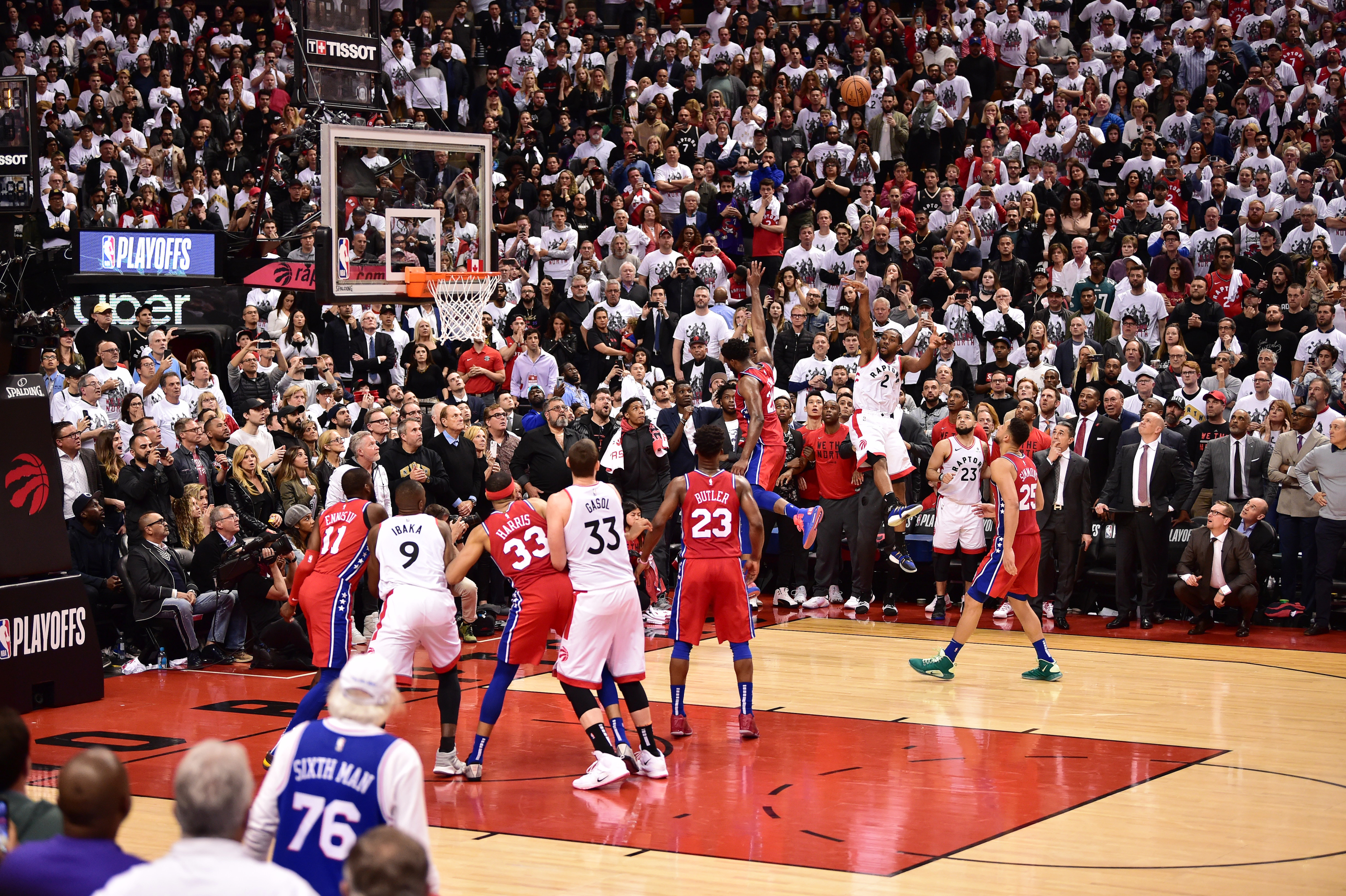 After a series which went back and forth between the 76ers and the Raptors, it concluded with a game 7. The Game was ended by one of the most spectacular buzzer beaters I have ever seen.

The Philadelphia 76ers started Joel Embiid at the 5, he played 45 minutes this game and shot 33.3% from the field making only 6 of his 18 shots, included in that is his 16.7% from 3-point range where he shot 1-6. The strongest part of his game in this game was his free throw shooting as he shot 8-9 which is 88.9%. He grabbed 10 defensive rebounds and 1 offensive rebound, giving him a total of 11 boards. He dished out 4 assists and got 3 blocks. He scored 21 points.

Fred VanVleet came off the bench for the Raptors and played 15 minutes, he scored 4 points which all came from the free throw line. He grabbed 1 rebound and got 2 steals.

In the end, it was the Raptors who won the game and the series and they would go on to beat the Warriors in the NBA Finals.