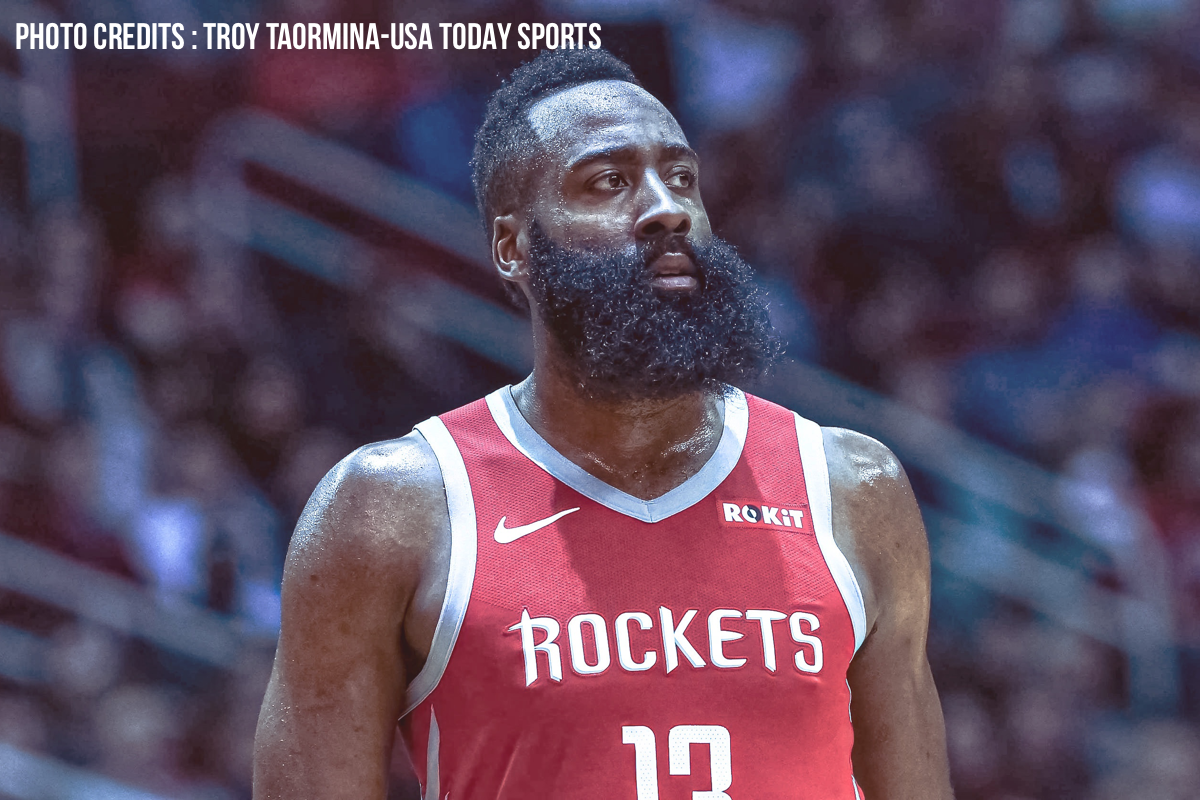 The generally accepted theory is that there are six conceivable best players in the NBA; players that if someone was to claim are the best in the world you wouldn’t look to place them under psychiatric supervision. Those six players are Stephen Curry, Kevin Durant, LeBron James, James Harden, Giannis Antetokoumpo and Kawhi Leonard. Over the next few weeks I will attempt to express the argument for each player as well as some of the factors that detract from their case.

The arguments presented in this piece, are not necessarily supporting my own point of view, rather, the feasible arguments that support a player’s case to be regarded as the best player in the world. The criteria for the best in the world include but are not limited to:

In the 2017-18 season James Harden, after two possible snubs, won his first MVP whilst leading the league in scoring. A year later he added another six points per game. Year after year Harden pushes the boundaries of what is possible offensively on the basketball court. Leading to the 2018-19 season where he was unleashed in a way that saw him surpass everybody except Wilt Chamberlain in terms of consecutive 30-point games. James Harden rattled off 32 straight 30-point games; since 1972 the next highest is 16 in a row. As a student of the game, Harden has mastered the ability to draw fouls, he has now led the league in both free throws attempted and made for the last six seasons. Aesthetically this is not the most exciting style of play, however it is one of the most efficient. Furthermore, forces the opposing team to switch tactics defensively as personnel have foul trouble.

Whilst in isolation, The Beard is a player like no other. He is such an overpowering offensive force in this facet of the game that he is asked to isolate seven more times per game than the second most frequent user of the play. Harden has the greenest light in all of the NBA, he puts up 12.6 threes per game, and makes them at a 35.2% clip. James is completely unique within the NBA in the sense that the longer he has the ball in his hands in a possession, the more efficient he gets. In the event of Harden having dribbled 7+ times he shoots 55.6% EFG, when he has the ball for 3-6 dribbles he shoots a significantly lower 49.3%.

The Beard is also one of the premier ‘tough shot’ makers in the league. With the closest defender classified as ‘tight’ he shoots a much higher Field Goal percentage than when he is ‘open’ or ‘wide open’ at 46.3%, 41.1% and 40.8% respectively.

If you want to watch aesthetically pleasing team basketball I suggest that you take a hard pass on the Houston Rockets, you won’t see any of the beautiful off-ball movement of the Spurs or Warriors. What you will see, however, is an individual spectacle like no other, and if you can truly appreciate the nuances of an artist at work, Harden’s Rockets should be your go to. You would never ask Michelangelo to share the paintbrush;  James Harden is exactly the same and the step-back is his Sistine Chapel. Harden at his best is completely unguardable, he is the rare talent where the defender is completely aware of what he is going to do and yet is utterly powerless to stop him. At 6’5 and 220 lbs Harden is incredibly explosive, much more so than the public consciousness is aware of. It is this explosivity that makes the step-back so incredibly lethal (ask Wesley Johnson). The Beard has a flair for the spectacular, his ability to stretch the imagination of all those watching on a nightly basis may be a trait that only he has in the current NBA. The game winner against the Golden State Warriors in January of 2019 is one of the most underrated shots of the last few seasons. With four seconds left on the clock Harden drained a three-pointer whilst being double-teamed by an All-Defence guard, Klay Thompson, and generational defensive talent, Draymond Green, to secure a tough fought victory.

The Beard will undoubtedly go down as an all-time great scorer. He can heat up offensively in a way that is as rare as it is special. If he could add just one championship win he can leap up the all-time ranks, and be remembered closer to Dwyane Wade than George Gervin.

Every year Harden seems to fall at the same hurdle. Much has been made of his seeming inability to lead a team to real playoff success and it does not take much research to identify the main issue in the last two playoffs. The Golden State Warriors. In the 2017-18 playoffs the Rockets had home court advantage against the most formidable team formed in recent seasons. After five games of the Western Conference Finals, Harden had led the Rockets to a 3-2 series lead. In game 5 began the unravelling of the Houston Rockets. Chris Paul, starting Point Guard for the Rockets and 9-time All Star, suffered a season ending hamstring injury. What followed was a collapse of biblical proportions. In game 6, James Harden struggled massively, at first glance his stat line of 32/7/9 seems impressive. On closer inspection it is easy to see that he performed below what we have come to expect; he shot just 41.4% and turned the ball over nine times. Game 7 was when James Harden really cemented his notoriety as a choke artist. With home court advantage and his reputation on the line, James Harden underperformed in a way that has scarcely been matched. Halfway through the second quarter the Rockets found themselves up 12 points and had one foot in the NBA Finals. They proceeded to miss an unprecedented 27 three point shots in a row as the Warriors put them to the sword. During this game Harden shot just 2 of 13 from behind the arc. This story has been repeated over and over in James Harden’s career; when his team needs him most he repeatedly falls short. In the 2012 NBA Finals his EFG% fell nearly 14% when he was just a high level role player for the Oklahoma City Thunder. In 2017 his Rockets team lined up against a Kawhi-less San Antonio team, he proceeded to be incredibly inefficient and turned the ball over five times a game.

In defence of James Harden’s more recent playoff failings, he was matched up against the near unstoppable GSW. Since the 2016 signing of Kevin Durant here is the entire list of players to lead their team to a game 7 against a relatively healthy Warriors:

That’s the entire list. LeBron couldn’t do it (he got swept), neither could Damian Lillard (he got swept twice), Anthony Davies had similar struggles (also swept). Harden is the only player that has made it close, although this does not excuse failing at the most pivotal moment it does deserve credit.

Every single season James Harden leaves basketball fans’ wide eyed at his array of highlight plays and every postseason he leaves fans pondering what could have been. If you need someone to single-handedly put points on the board and win you 60 games then look no further – James Harden is your man. However, whilst Harden may individually be the best offensive player, he lacks on the defensive end and his excessive playoff failings question whether he can truly be considered the best player in the league.