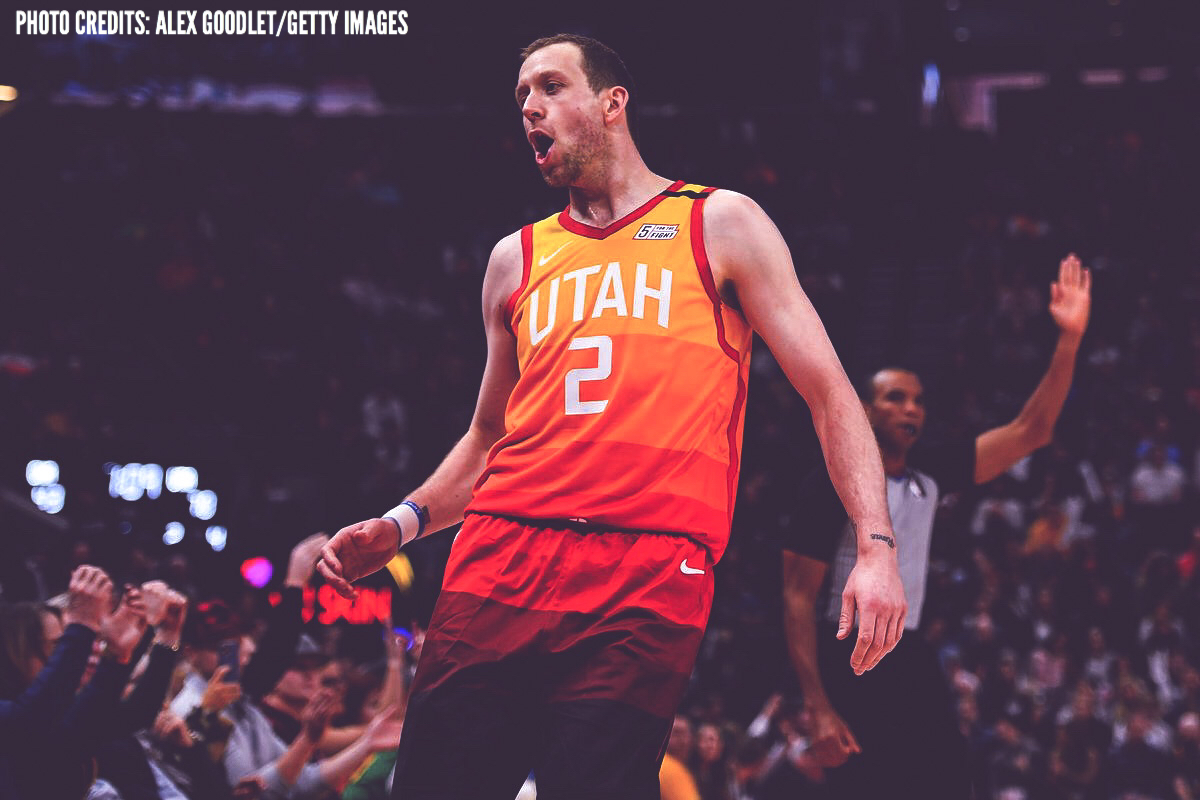 Joe Ingles, the Small Forward for the Utah Jazz, has publicly stated that he does not want the NBA season to return for the sake of his and his family’s safety.

“I’m prepared to walk away, fly to Australia, and never play another game in my life.” He said on if the NBA season should resume.

Joe Ingles has a four-year-old son, Jacob, who has autism and a weakened immune system, and his wife, Renae, is pregnant with their third child.

Ingles feels “it’s not worth it” to play the rest of this season and risk the health of him and his family.

“I have a gym, I have everything I can do. As for basketball, it’s a bit more difficult, but I think that as we go ahead and find out more information about it, it will be easier to make a decision. But I am in no way willing to risk my children, and Renae, and everything else, to go play basketball.”

Ingles has been in and out of the starting lineup with the 26-year-old Royce O’Neale having a solid season.

With their second-best scorer, Bojan Bogdanovic, going to be out for the season with wrist surgery, Joe Ingles was going to play a lot more Small Forward if the season was to return.

If Joe Ingles is serious about not playing basketball this season, the Jazz are going to have to rely a lot more on Royce O’Neale and Georges Niang to fill in the forward spots if that is the case.

The Utah Jazz are attempting to contend in the Western Conference this season regardless. Their duo of Donovan Mitchell and Rudy Gobert is still one of the best in the NBA and their Point Guard, Mike Conley, will have had a rest and could be back to his Memphis Grizzlies form.