4 Crazy stories that you did not know about Wilt Chamberlain 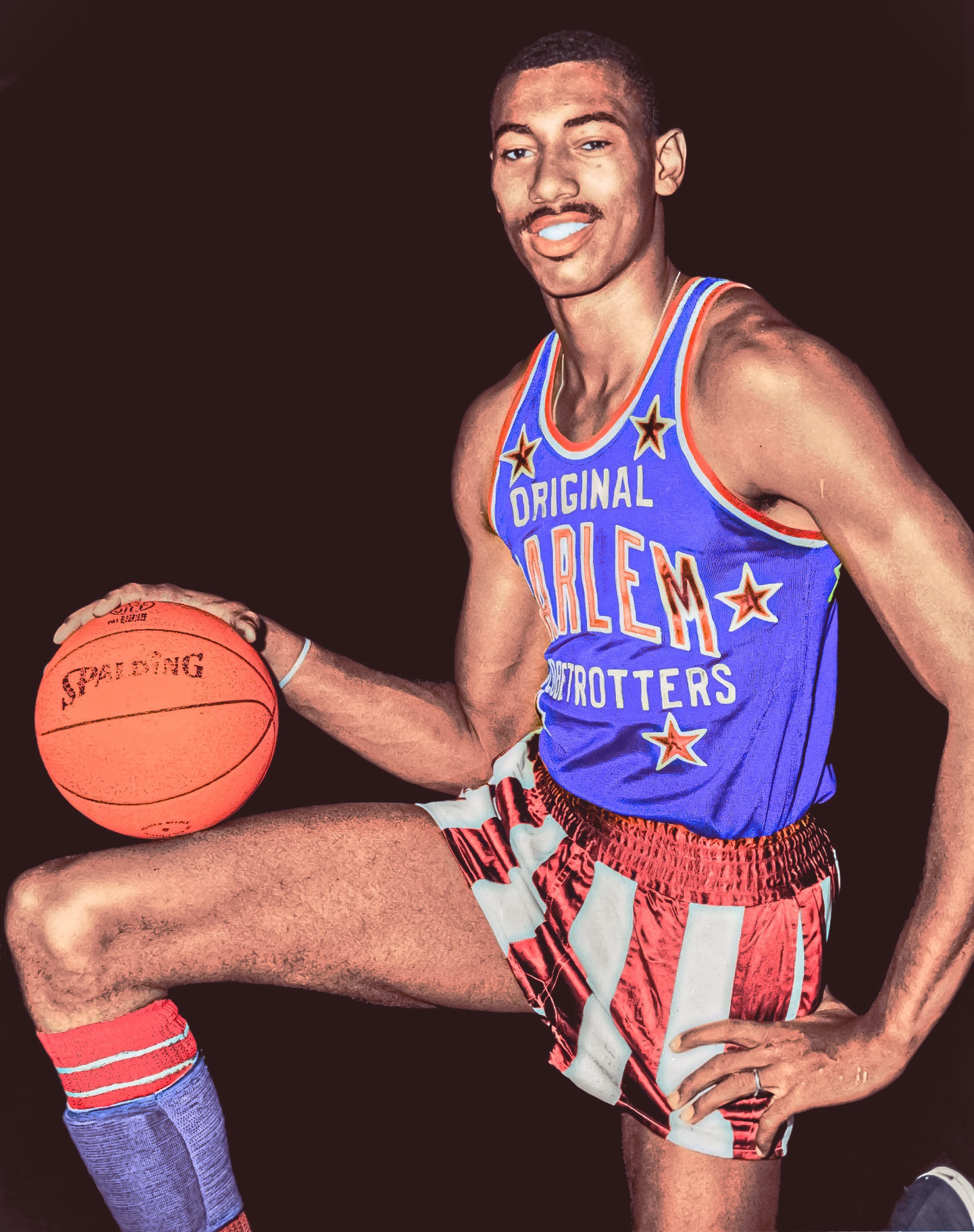 Wilt Chamberlain is undoubtedly one of the greatest big men to ever play the game of basketball. Whether that’s his outlandish numbers, his 100 point game, or image in culture, most casual fans know exactly who your talking about the second his name is said.

Wilt Chamberlain is without a doubt one of, if not the most storied player in the history of the game. Here, I will be going in depth with 4 stories of the NBA legend that many of you will find hard to believe.

1 | One of the fastest men on the planet

Aside from being one of the strongest players in the league, Wilt was rumored to be one of the fastest men on the planet.

In high school, Wilt Chamberlain was a track and field star. He participated in high jump, long jump, and even broad jump, but excelled in the 100 yard-dash, and the 400 metre. He ran a “Sub-11” second time in the 100 yard dash, and ran the 400 metre in 49 seconds. Both of these times exceed the average speed of NFL wide receivers.

Legend has it, NFL legend, Jim Brown who is thought of by many as the greatest running back we’ve ever seen, raced Chamberlain at a party they were at in the 1960’s. It is rumored that the 7’1 Chamberlain beat Brown in the race. Although this is impossible to prove, it’s no doubt that Wilt is an extremely fast man especially at 7’1, 275.

According to Arnold Schwarzenegger himself, he used to workout with Chamberlain. He said that Chamberlain would routinely hit a max of 500 pounds on the bench.

Let’s see how that stacks up against notable strong men…

Even when stacked up against some of the strongest men on the planet, Wilt Chamberlain’s numbers look great. Especially for someone in the NBA.

“People talk about the strength of Shaq. I think that Wilt could’ve picked up Shaq and thrown him through the hoop. That’s no disrespect to Shaq, but Wilt was the strongest guy i ever played against”

Although this may be hard to believe, there’s no doubt judging by the stories of opponents that Wilt casted fear upon everyone he played against and without a doubt could put up some legit numbers not only on the court, but in the weight room.

When talking about a ladies man in the national basketball league, names that usually come to mind are, Magic Johnson, or Dennis Rodman, however Wilt Chamberlain’s claims suggest he has been around the most.

In a book written by Wilt Chamberlain in 1991 titled “A View From Above”, Chamberlain claimed to have slept with at least 20,000 women throughout his career.

Wilt Chamberlain said this took place from age 15 all the way up to the age of 55. Let’s have a look at the math, and how many women this would equate to per day, week, and year.

Throughout his 40 years of activity, Chamberlain would have had 14,600 days to accomplish this feat of sleeping with 20,000 different women.

This seems quite unreal and very hard to believe due to Chamberlain being occupied with basketball, whether that’s playing in a game, or practicing, many find it hard to believe that he would have the time to sleep with nearly 10 women per week.

4 | Once Killed a mountain lion with his bare hands

When in the prime of his career, Wilt Chamberlain claims to have killed a mountain lion with only his bare hands.

Chamberlain stated that he was driving through Arizona one night after a game when he pulled over to stop for something. He said while he was stopped, a mountain lion pounced on his back and began to attack him. He said “I grabbed it by the tail, and flung it into the bushes”. Wilt also said he managed to kill the Lion saying, “I killed him with my bare hands”.

In an article written by the New York Times, former New York Knicks commentator/Announcer Cal Ramsey was asked about the incident. Here’s what he had to say…

“Well, I wasn’t there, but Wilt says it happened, and i’m not about to say it didn’t. Besides, he showed me these huge scratch marks on one shoulder. I don’t know any other way he could have got them”