Earl Thomas Held At Gunpoint By Wife After Caught Cheating 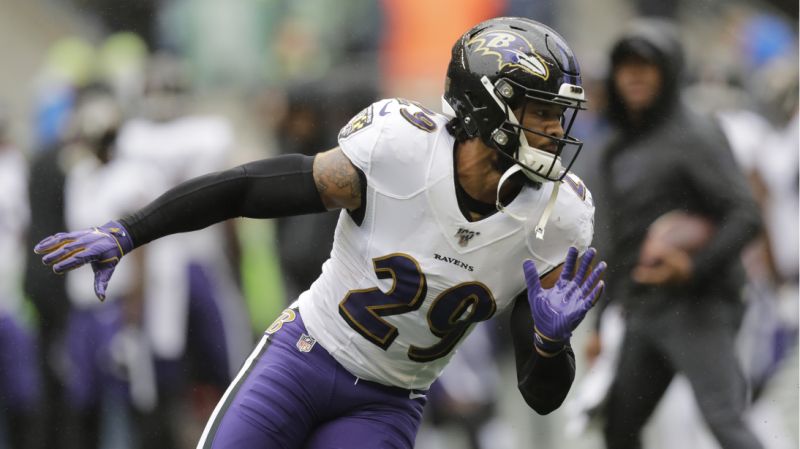 “I guess I’ll be on TMZ in the morning somehow they got a police report with details,” said Thomas via his Instagram caption on a video he posted responding to the news breaking out. “It’s really not anybody’s business..it pisses me off that it got out.”

It was publicly revealed after TMZ obtained court documents detailing a violent altercation that happened on April 13 involving Thomas, his wife, and other people. The Austin Police Department was called to the home of Thomas in Austin, Texas around 3:41 a.m. after someone made a call about a disturbance in the area. When cops arrived at the house they found Thomas with a pistol in his hand around a vehicle and a lady they identified as Nina Thomas chasing after him with a knife.

During an investigation, Nina claims Earl was picked up by his brother after the couple got into an argument over Earl’s drinking. After Earl left Nina got curious about where Earl went so she decided to open up Snapchat and see his location where she would find him with another girl. Nina would then go to find a video of Earl with the girl and would go on to call up two other women to help confront the Earl and the girl.

When Nina arrived it turned out Earl was at a nearby Airbnb rental home with the girl and Nina had taken Earl’s 9mm Beretta pistol in an attempt to scare him. When Nina walked in the door she discovered Earl and his brother Seth both naked and in bed with other women. That’s when Nina admitted she pulled out the gun and pointed it at earls head and claimed she took out the magazine thinking the gun could not fire. Turns out Nina was unaware that the gun had a round in the chamber and could have fired if she pulled the trigger.

In a video recorded by one another girl in the room, it shows Nina holding a gun less than one foot away from Earl’s head along with having her finger on the trigger with the safety being off. Luckily for Earl, he was able to wrestle the gun away from his wife but she didn’t let him take it with ease as she reportedly struck him a few times. The women that were with Earl claims Nina threatened her and other women in the room as she pointed a gun at them and yelled: “I got something for y’all hoes!” The women that arrived with Nina were reportedly waving knives aggressively waving them during the altercation.

Nina and the two girls that arrived with her were all arrested. Nina was booked for burglary of a residence with the intent to commit aggravated assault with a deadly weapon and family violence. Nina was later bonded out, Earl was not arrested.