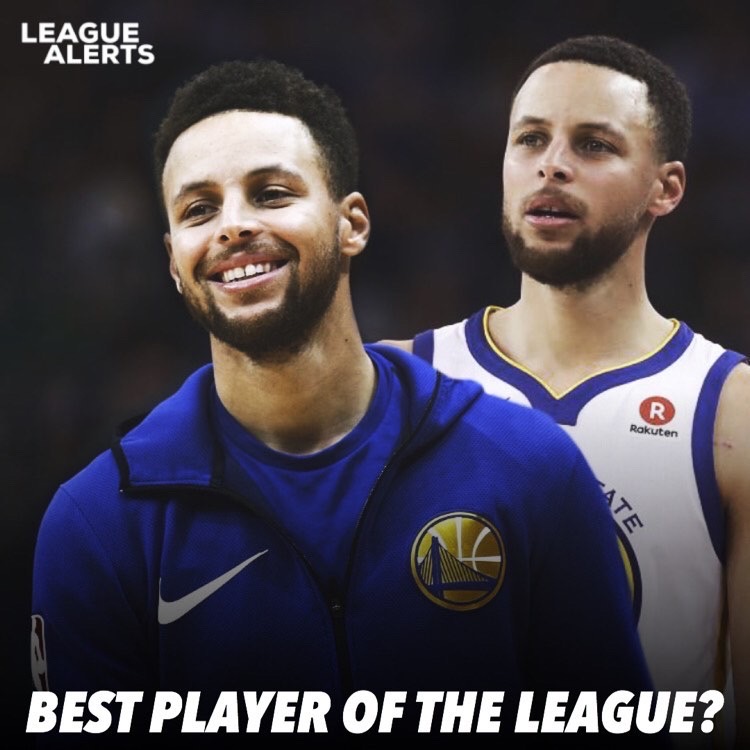 The generally accepted theory is that there are six conceivable best players in the NBA; players that if someone was to claim are the best in the world you wouldn’t look to place them under psychiatric supervision. Those six players are Stephen Curry, Kevin Durant, LeBron James, Kawhi Leonard, James Harden, and Giannis Antetokoumpo. Over the next few weeks, I will attempt to express the argument for each player as well as some of the factors that detract from their case.

The arguments presented in this piece, are not necessarily supporting my point of view, rather, the feasible arguments that support a player’s case to be regarded as the best player in the world. The criteria for the best in the world include but are not limited to:

Let’s start with the easy stuff. Stephen curry is a statistical monster. From the start of the 2014-15 season, he has averaged 26.5 points per game on 48.5% from the field, along with 6.5 assists per game. He is additionally the only unanimous MVP in NBA history and has another MVP to go along with it. On top of that, he’s reached the finals for the last five seasons, winning three. If not for a horrific plethora of injuries within his team, it is widely considered that he would have won a fourth

Steph Curry has had the largest effect on how NBA basketball is played in the modern history of the association. The six years before Curry’s first MVP season, NBA teams shot an average of 19 3-pointers (3s) per game; since his 1st MVP in 2014-15, each team now shoots an average of 28.1 3s per game. Due to the success of Curry’s 3 point shooting the Warriors were ahead of the curve, by the 2013-14 season they were making two more 3-pointers a game than the league-wide average. Steph, as part of the Splash Brothers backcourt, ushered in the era of ‘Pace and Space’.

The peak of Stephen Curry’s ability was undoubtedly his unanimous MVP season. During the 2015-16 season, Steph was a part of the 50/40/90 club and is the only member of this illustrious club to do it whilst putting up 30 or more points per game. On top of one of the most efficient shooting seasons of all time, the baby faced assassin was part of probably the most lethal offense the league has ever seen. Using offensive rating, Steph has been a part of the 1st, 2nd, and 12th most potent offenses ever. Some of the Warriors teams he has played in also occupy the 2nd, 4th and 8th positions in All-time Margin of Victory. Furthermore, during the 2018/19 season Stephen Curry had the biggest net rating differential on possibly the most stacked team of all time, showing that he is so much more than just a benefactor of a great team.

The “eye test” for Curry is unlike that of any other player to ever touch a basketball. The stress caused by Steph’s constant off-the-ball movement and his ability to pull it from any range wreaks havoc upon NBA defenses in a way seldom seen in today’s game or before. If you cast your mind to some of his highlight plays, they leave you in awe. His pull up 3-pointer to win the game from the logo vs OKC, the delicate use of a screen into a through-the-legs and then behind-the-back crossover as he drove to the free-throw line before retreating and sinking a 3 in Chris Paul’s face or the full court behind-the-back pass in transition to KD. The swagger that Curry exudes whilst playing the game is irresistible, confidence that can only be honed by having the utmost self-belief developed through immeasurable hours spent practicing things that mortal men lack the imagination to even attempt.

There are only two real blemishes against Steph’s legacy. The most harmful one of these is his so-called poor performances in the finals. The most widely referred to series in this debate is the infamous 3-1 series. During this series, Stephen Curry led his team in points, shot 40% from deep, and 93% from the line. If not for a never-before-seen herculean effort from one of the undisputed top 3 players of all time and a Draymond Green ejection, Curry would be a four-time champion; the sole reason that these claims have any semblance of truth is that his efficiency and scoring did drop from incomprehensible to just All-NBA levels, and he had a poor performance in game 7 when his team needed him most. However, there have been many more instances in which he’s stepped up massively in the postseason.

Consider the ten games at the end of the 18-19 postseason, with no Kevin Durant, in which he averaged near 33 pts on 44/38/94 splits. Six of those games had Steph playing against a box and 2 on him and Klay. If you leave the analytics alone for a moment, Steph Curry had a 3-2 finals record. Furthermore, his two losses came against two of the most dominant playoff runs in living memory, against a top 3 and top 25 all-time players at the pinnacle of their respective careers.

The other mark against Steph is that he is accused of being found lacking on the defensive end. You’d be forgiven for recognizing the way that LeBron and Harden mercilessly hunt Steph on a switch for him being some form of an atrocious defensive player, which is nothing more than a free bucket. However, if you look closer, players guarded by Steph shoot a mere 0.2% higher from the field and 3-point range shoot 1.6% lower than their averages. You could make the case that this is due to him being part of a formidable defensive team, you would be right. You would also be correct to think that that is the same reason they hunt for a switch with him. To put it simply – playoff series on the line, I can’t imagine many people are looking for Klay on defense.

Stephen Curry performs things with a basketball that has never been seen before and may never be seen again, as well as definitively changed the way basketball is played. Stephen Curry is a one-man offense and a defense’s worst nightmare. Stephen Curry is the love child of analytics and flair, the poster boy of the modern NBA, and the most potent offensive weapon since Kobe Bryant. Undoubtedly, there are plenty of criticisms of him, most of the fair. However, the overall picture of him makes Curry unquestioningly a fair comment, and not a footnote, in the debate about who is the league’s best player.