5 NFL Players That Are Still A Free Agent 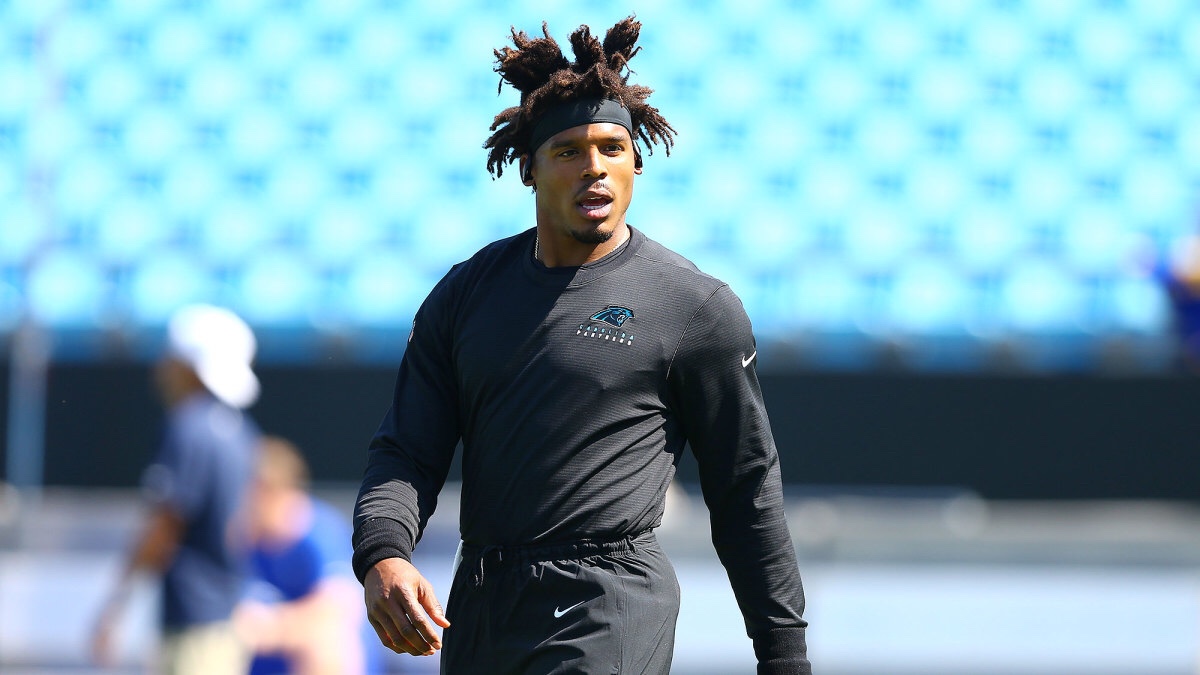 With the NFL free agency officially starting over one month ago (April 18th), most players have signed with a new team or resigned with their current team. Many top free agents have already signed their big time contracts that they were looking for, and many of them were quick to sign them. Everyone seems to have forgotten the players that are still free agents, and have yet to sign a deal to play in the upcoming season. Now some players are still looking for a big-time contract. and then there are players who teams think their time in the NFL has come to an end; only offering them a veteran minimum contract. Here are 5 players you may have forgotten are still free agents.

Mathews was one of the players a part of the Los Angeles Rams effort, to free up some cap space. They released him saving up $3.75 million in cap space. In week 5 vs the Seattle Seahawks Mathews suffered a broken jaw and was forced to undergo surgery missing the next three games. Mathews recorded 8 sacks, 2 forced fumbles, 3 pass deflections, and 11 QB hits in 13 games played his lowest amount of games played since 2016.

Mathews may be considered as a player who only has 1-2 productive years left in him, forcing teams to hesitate on signing the 11-year veteran. In 2018 he recorded only 3.5 sacks while playing all 16 games. Mathews doubled the number of sacks he had while playing three fewer games proving he still can be a productive player on defense. Along with doubling the sacks, his 8 sacks from last season are the most sacks he has had since 2014 where he had 11 sacks.

The Carolina Panthers lost one of their best players in the off-season as Luke Kuckely decided to retire from the NFL; leaving them a gaping leadership role. Although Mathews and Kuchley play different positions, the Panthers could use a veteran like Mathews on the team who can still provide solid play, but can also be a leader in the locker room.

Ryan was one of the best cornerbacks the Titans had last season, coming off one of the best years in his 7-year career. Recording 4 interceptions, 18 pass deflections, 4 forced fumbles, and 4.5 sacks all career highs for Ryan, who is still relatively young, at the age of 28 (which is normally considered your prime). The main reason Ryan is still a free agent is that he is looking for a big deal, one that will make him an annual salary of $10 million, along with being long-term deal. What you must consider with Ryan is he may be one of the players, that has a good year out of nowhere. Then he enters free agency and asks for a big contract; he could easily underperform.

For example, look at what happened to Shaquil Barrett. The Buccaneers gave him a franchise tag instead of giving him a huge contract although, the franchise tag will carry a lot of money, they’re giving him another season to prove his worth. That may be the route Ryan has to take, since no one is willing to give him the contract he’s looking for. Ryan has kept consistency throughout his career, which could land him a good contract with a team in need of a starting cornerback.

The Jacksonville Jaguars could be a team to look out to sign Ryan, but not to a big contract. They can look to sign Ryan to a basic semi-long term deal, that would be around 3-years. He can provide great leadership, and knowledge to the young guys. Jacksonville drafted cornerback C.J Henderson with their 9th overall pick in the draft, and could look to have a player like Ryan take him under his wing and mentor him. Plus the Jaguars get another corner that is well capable of becoming a starter for the team for a couple of years as they begin building the secondary around Henderson.

There have been no known reports of Freeman having any talks with any NFL team, since being released by the Falcons in March. Freeman was released by the Atlanta with three remaining years left on his 5-year $41.25 million contract, that he signed in 2017. At the time of that signings, he became highest-paid running back in the league. With the Falcons freeing up more than $7 million in cap space by releasing Freeman, the release may have been a business decision rather than a want.

Freeman had a solid bounce-back season in 2019, recording 656 rushing yards on 184 carries and 2 rushing touchdowns, in 14 games. Freeman is well capable of becoming a starting half-back for a team in desperate need, or he can even be a great rotational piece. With his recent injuries, teams maybe hesitate to sign him. Freeman will have a chance to get an average running back deal, or even as-low-as the veteran minimum. You never know, maybe a team will sign him to a solid monetary deal, before the season starts.

The Arizona Cardinals could look to add a solid backup to Kenyan Drake, as they currently have not so good backups on there depth chart. Freeman is a type of guy that can come into Arizona, and give them a 500 rushing yard season. He could carry the workload while Drake comes out and takes a breather. Freeman would likely sign a veteran minimum with the Cardinals, as they have a pretty hefty team. It could add another offensive power threat, and make their offense one of the best in previous years.

Clowney is arguably the best defensive player that is still available; and is pretty shocking considering he is one of the best at his positions. The main factor why Clowney is currently a free agent is because, he’s reportedly looking for a deal worth, $20 million a year. With rumors coming out a few weeks ago around Clowney turning down a deal around $17 million annually, that may have been the best offer he was going to get.

Another reason for teams being hesitant to sign Clowney; his history of injuries in the past. As a younger player in the league, he’s has suffered a handful of injuries. In a 6-year career, Clowney has suffered some injuries that have kept him out for a couple of games. He’s only played one fully healthy season. Besides the injuries, Clowney has been one of the most consistent players in recent years; except last year, where he had a down year for the Seahawks. That’s likely affecting his chances of getting the big contract he desires.

The Miami Dolphins are a team that could still offer Clowney the big deal. Not only would Clowney get paid but he would be the star of the Dolphins defensive line. They still desperately need some help getting to the quarterback. In the end, it would all come down to if Clowney accepts something below the $20 million market price, he set. Miami has the chance to add, yet another impressive defensive piece to their defense; continuing their impressive offseason.

Newton has to be the biggest name in the market, after his long-awaited release from the Carolina Panthers. Newton had provided the Panthers good seasons in the past years even leading them to a Superbowl in the 2015-2016 season, the same year was the League MVP. Since then he’s been nothing short of mediocre. Newton suffered a Lisfranc fracture in a Week 2 matchup vs the Buccaneers, causing him to miss the remainder of the season; missing his first full season in his 9-year career.

Newton can easily snatch a starting spot on most teams, and especially on teams whose biggest need is still a quarterback. What’s holding Newton back is he is coming off two back-to-back, injury riddled seasons year, as well as, his underlining decline in play. Newton may only have one option to prove the doubters wrong, and that’s to sign as a backup on any team that is willing to give him a chance. Newton hasn’t been reported to want big money so that is positive. He just wants to play the game he loves and prove people wrong.

The New England Patriots could be a team who could use Newton as a starter, with the departure of the long-lasting quarterback Tom Brady. With Newton signing with the Patriots, it’s a win-win for both sides. Newton gets to prove doubters wrong, while New England gets a solid quarterback, without giving him a big check; something they’d love.