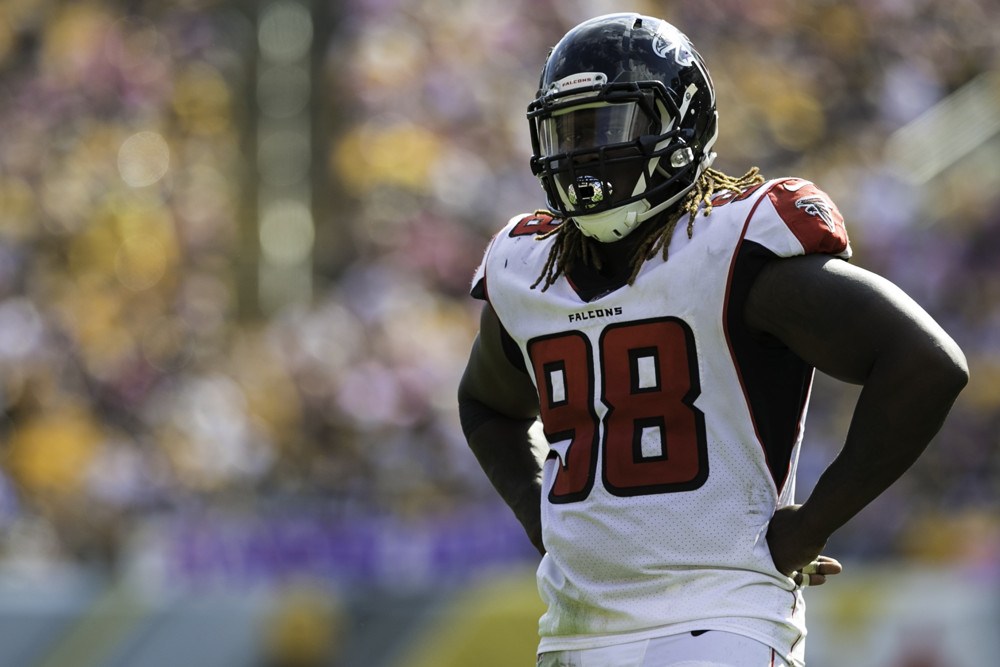 Earlier today, Atlanta Falcons defensive end Takk McKinley, sent out a tweet confirming what most fans already knew; his fifth-year option was declined. McKinley announced it himself via twitter:

In his first three seasons with Atlanta, McKinley has been nothing short of confusing. At times, he’s shown flashes of house-hold name potential. On the other hand –  you almost forget he’s even on the field. In his short career, McKinley recorded 16.5 sacks, 71 total tackles, 21 tackles for loss, 2 forced fumbles, and 38 quarterback hits in 45 games.

They’re certainly not elite stats, but they aren’t bad for a rotational pass rusher; which was ultimately his role. McKinley has only started 21 of his 45 career games. He’s an impairment against the run game, which has stunted his play-time. Fundamentally, his play has lived up to the first-round selection the Falcons spent on him. With a strong season, he could earn a large extension from Atlanta which would eliminate the need to draft another pass rusher;  the pinnacle of this Falcons team success.