Should the Falcons trade up for the second straight year? 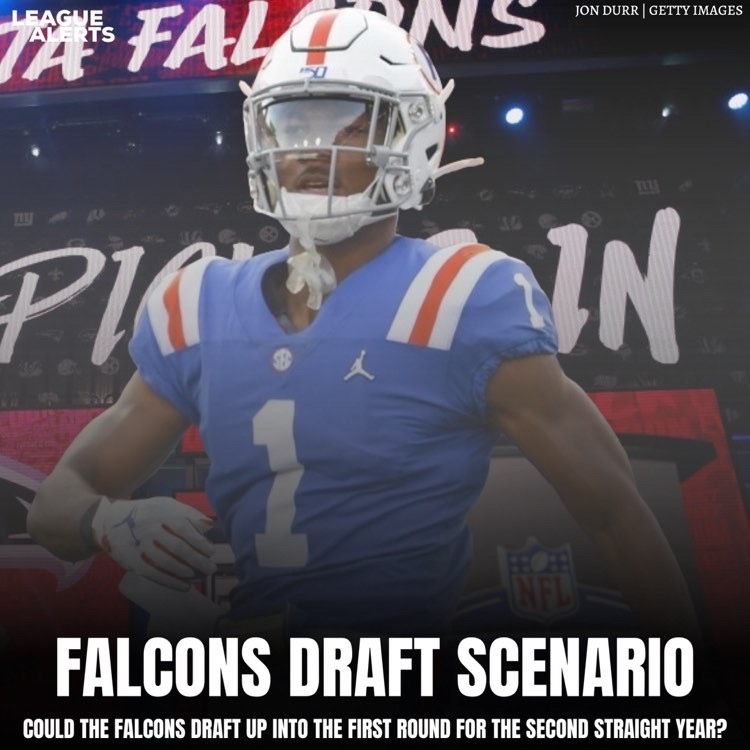 With the NFL draft now only a week away, rumors have begun building around potential trade-ups. One team that seemingly always finds it’s name in speculation, is the Atlanta Falcons.

A name that has been tied to Atlanta since the release of cornerback Desmond Trufant, is Florida Gators defensive back, CJ Henderson. Experts have had the Falcons taking Henderson at pick 16 since Trufant’s release. Recently, Henderson has found himself inside the top 10 of most mocks. Why? Scouts are finally realizing the show he put on at the NFL combine. He ran a 4.39u 40, with great size (6’1, 204), including a 75 ⅞” wingspan.

If you take the combine out of the picture and turn on the tape, Henderson still proved his case as a top 10 pick with his excellence at the collegiate level. He easily proved to be the best press-man coverage corner in the class; with the ability to break up passes using his incredible reach.

According to Matt Miller (@NFLDraftScout), on the “Stick To Football” podcast, CJ Henderson is now a lock for the first 10 draft selections, with a team like the Jacksonville Jaguars interested.

With Henderson’s stock rising, NFL analyst Ian Rapoport said the Falcons “appear poised” to trade up, also mentioning “They have spent a lot of time evaluating and talking to who figure to be gone by No.16”. Atlanta’s front office has indicated an interest in players supposed to be gone by their mid-1st round pick.

Fortunately for Falcon fans, Atlanta’s general manager, Thomas Dimitroff isn’t afraid to trade up. In fact, since the Dimitroff era began in 2008, Atlanta has moved up or back into the first round on six separate occasions. His most notable move coming in 2011, when he jumped 21 spots to acquire the all-time wideout, Julio Jones.

Prior to the Senior Bowl in January, Dimitroff had an interview on the “Stick To Football” podcast talking NFL draft. At the end of the interview, Matt Miller, Connor Rodgers and Mello thanked him for his time, but Dimitroff couldn’t contain himself and gave fans early manifestation of his future draft intentions, saying “16 [overall] for now”.

Dimitroff’s career has been built off being notoriously aggressive on draft day, and the NFL world shouldn’t be shocked when it happens again…