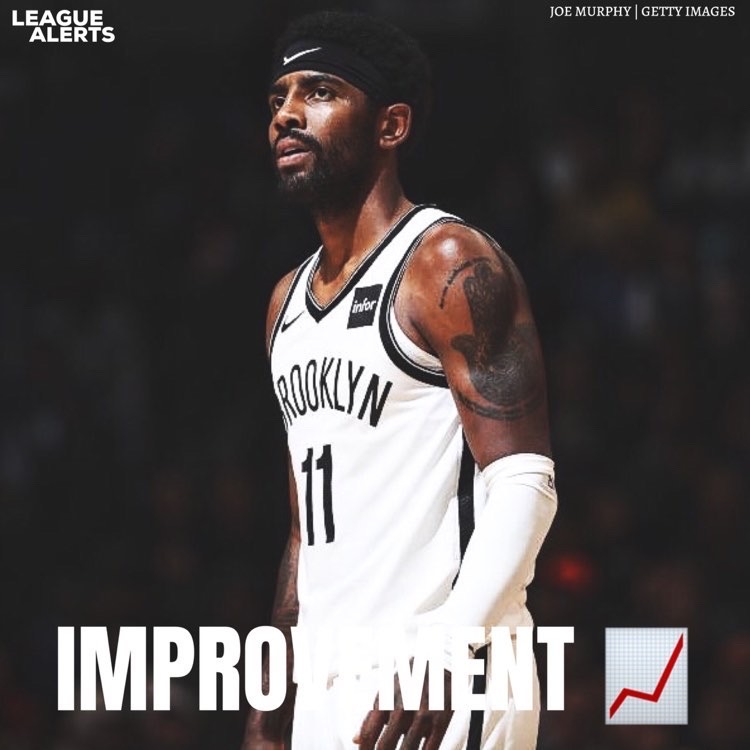 Brooklyn Nets – (30-34) – 7th in East: This one is pretty self-explanatory. Next year, the Nets will be fully healthy, hopefully with Kyrie and KD firing on all cylinders. This team still has elite depth, with Deandre Jordan, Joe Harris, Spencer Dinwiddie, and so many other standout players. It is likely that the Nets will be amongst the NBA’s elite next year, and can very possibly compete for a championship.

Indiana Pacers – (39-26) – 5th in East: Many people may think the Pacers have overachieved this season, without Oladipo for a major stretch, but I think that bodes well for them. They will most certainly be a threat to win the East next season, with their well balanced starting lineup of Brogdon, Oladipo, Warren, Sabonis and Turner, the last 2 of which had emerged this season in Oladipo’s absence.

Atlanta Hawks – (20-47) – 14th in East: Many of the teams outside the playoffs in the East lack direction, have an odd mix of young players and veterans and do not mesh well. However, the Hawks do seem to have a direction, led by star Trae Young. We have been waiting for this team to improve for a while now, but with Deandre Hunter and Cam Reddish improving during the second half of this year, the Hawks could truly challenge for the 7th and 8th seed next year.

Golden State Warriors – (15-50) -15th in West: This is just too simple. They get the Splash Brothers back, added Andrew Wiggins, and have a likely top 3 NBA draft pick. The dynasty is in no way done, expect them firmly in the playoffs next season.

Dallas Mavericks – (40-27) – 7th in West: The potential of these young Mavericks finally showed this season, as they were going to make the playoffs led by MVP candidate Luka Doncic. With him, Porzingis, and role players like Hardaway and Powell, I actually see this team taking another jump, and finishing among the top 4 seeds out West next season.

Phoenix Suns – (26-39) – 13th in West: The obvious last team seems like the Pelicans, but I believe they have too many wild cards too bank on them making the playoffs in 2021. The Suns however, showed flashes this season, and have not been healthy for much of the year. With hopefully Rubio, Booker, Oubre, Saric and Ayton together for the entire season, expect the Suns to be right around the 8 seed, if not in it, next season. Also, prepare for Devin Booker to finally make an all-star team.