Donovan Mitchell to drop his new signature shoe this summer 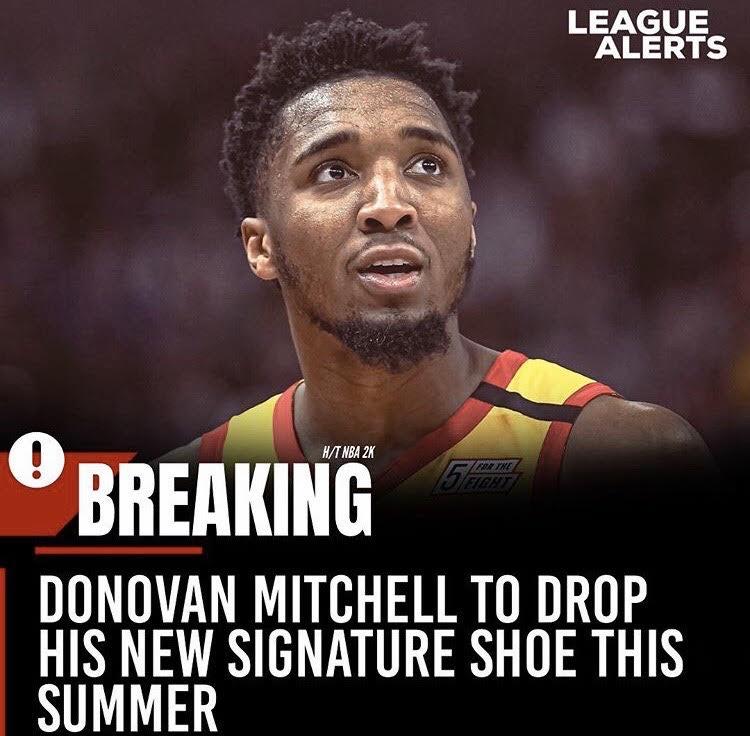 Utah Jazz’ guard Donovan Mitchell has just announced his new signature shoe via a tweet, which featured an image of the player’s character in NBA 2k20 wearing his new kicks.

The one-time All Star shooting guard had previously released his first signature shoe back in July 2019, the D.O.N Issue 1, which first came out in red and blue and then had other multiple versions such as Venom, which were black and pink, or Mailman, featuring the colors from the old Utah Jazz uniforms from back when Karl Malone a.k.a “The Mailman” was playing.

This new release was first teased by Mitchell yesterday on his Twitter. But finally, today, he confirmed that the D.O.N Issue 2 will be released this summer and the first colorway that was previewed was the green and red that you saw in the picture attached at the beginning.

This release was expected amongst basketball kicks fans around the globe as images of the Issue 2 were leaked in Weibo, a Chinese social network very similar to Twitter.

Back then, Adidas didn’t confirm nor deny the release of a second signature shoe, but the green and red ones sure look very similar to the ones previewed by the Utah Jazz player.

Also, Donovan featured in Drive and Dish, a podcast hosted by his teammate Georges Niang, where he dropped a hint on whether there were going to be more signature shoes of his in the near future.

“I won’t confirm or deny that there’s another shoe. But things are looking pretty good, let’s just leave it at that.” He stated.