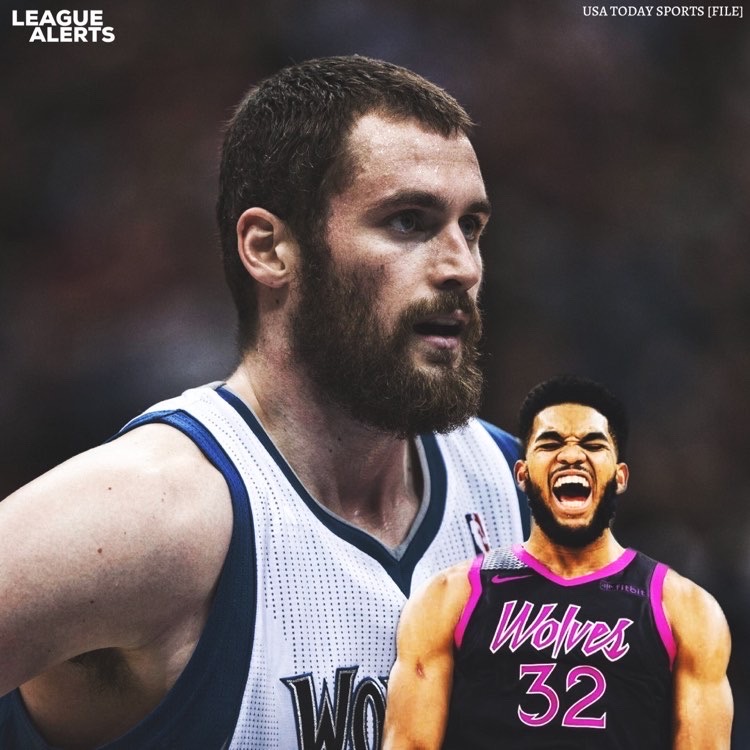 The Timberwolves have struggled to find the success that Minnesota deserves in the NBA since their founding in 1989 as an expansion team. The Timberwolves have had quite a few stars come through though, so today we’ll be looking at the best 10 Timberwolves to every play in Minnesota. Honorable mentions to Ricky Rubio, Jimmy Butler, Pooh Richardson, Stephon Marbury and Terrell Brandon, who all barely missed this 10th spot.

Sam Mitchell was not a superstar, nor was he an all star. He wasn’t even a star. But he was what Minnesota needed. The Timberwolves are widely considered to be one of the least desirable franchises to play for, due to their market size and weather. Sam Mitchell stuck with Minnesota. Mitchell played 10 seasons for the Timberwolves, and was actually traded to Indiana during his career. Mitchell wasn’t bothered, and returned to Minnesota following the completion of his contract with the Pacers. Mitchell’s best season saw him average 14.6 points and 6.3 rebounds per game. His loyalty to Minnesota earns him this spot.

Wiggins is often criticized and not generally appreciated by Timberwolves fans. After signing his big contract, Wiggins just “stopped trying”. But even when Wiggins wasn’t trying he was still a top 10 player in Timberwolves history. Wiggins spent an unlikely 6 seasons with the Timberwolves, and managed to average 23.6 points and 4.0 rebounds per game at one point in his career. Wiggins was storming back and brought his season scoring average back above 20 points per game this year, making him one of the few Timberwolves to ever do so. Wiggins is a talented scorer, and scored a lot of buckets for Minnesota. He may not be one of the 10 most loved Timberwolves, but to leave him off the 10 best would be outrageous.

It’s quite rare for a player to play the best basketball of their career in Minnesota. Tony Campbell did just that. Campbell was a below average player his entire career, with the exception of his three seasons in Minnesota. Campbell’s best season saw him average 23.2 points and 5.5 rebounds per game. Campbell played all 82 games that season, and found himself as the best player on the Timberwolves. This was the first time Campbell was given a starting role, and he thrived big time. Campbell was coming off of championship teams in the 80’s and 90’s such as the Lakers and Pistons, so he was just waiting for some court time.

Wally played a total of 7 seasons in Minnesota, and was respected within the organization. Wally would average 15.5 points per game with the Timberwolves during these 7 seasons, and would even earn himself an all star appearance in 2002. Wally’s best season in Minnesota was a stretch of games in his 7th season, before he got traded to the Boston Celtics. Wally’s averages during this period were 20.1 points, 4.8 rebounds and 2.8 assists per game. Wally would end up pulling the Timberwolves classic move, and retiring in his early thirties.

Cassell aged like fine wine in Minnesota. Despite spending just 3 years late in his career with the Timberwolves, Cassell earned an all star appearance at age 34. This would be Cassell’s only all star appearance, despite an illustrious 14 year NBA career. Cassell’s best years were in Minnesota, despite playing for 8 different franchises. Cassell’s best year was his all star year, when he averaged 19.8 points and 7.7 assists per game. Cassell was paired with Kevin Garnett, and helped the Timberwolves win their first and only division title.

This is controversial. Despite never earning himself an all star appearance, Al Jefferson’s 3 seasons in Minnesota were better than all but 3 Timberwolves careers in Minnesota. Jefferson would’ve continued his track, if it weren’t for an ACL injury. Jefferson’s best season in Minnesota and in his career was the 2008-2009 season. Somehow, Jefferson averaged 23 points and 11 rebounds, as well as 1.7 blocks per game and STILL couldn’t get an all star nomination. Jefferson might be the biggest all star snub in his era, as he averaged 20 point and 10 rebounds for three seasons, but was never an all star.

The Timberwolves are confident that Karl Anthony Towns will be the greatest big man in their franchise’s history. Towns is already very close to surpassing Kevin Love, and will be in the hunt for KG’s spot if he sticks around in Minnesota. In his short 5 year career so far, Towns has been an all star twice, and snubbed hard twice. Towns is a top three center in the NBA right now, I would even argue for the best. Towns impressive scoring ability makes him a legit threat to take the Timberwolves all time leading scorer position from Garnett, if he can last in Minnesota. Towns’ best season was this year, when he averaged 26.5 points and 10.8 rebounds. Still Towns couldn’t get an all star spot, but he is a generational superstar regardless what the fan votes say.

Kevin Love spent 6 seasons in Minnesota, he was a three time all star during this period, and had incredible averages. Love would eventually be traded to Cleveland for Andrew Wiggins, where he would go on to become an NBA champion. In Minnesota, Love had career high averages of 26.1 points and 15.7 rebounds per game. Kevin Love was Minnesota’s superstar, and easily one of the best big men in the league. He was the face of the Timberwolves franchise, and ranks among the top 5 spots in total points scored as a Timberwolve, in just 6 seasons.

This was an easy choice. The Big Ticket, KG, was the Timberwolves only NBA MVP, he’s a 15 time all star, member of the NBA Hall of Fame, and one of the best power forwards of all time. Despite his lack of love for the Timberwolves management, Kevin Garnett is a Timberwolves legend. Garnett led the sorry Timberwolves team to the playoffs on multiple occasions, and carried the Wolves to a division title in 2004. Garnett’s best averages with the Timberwolves were 24 points, 11 rebounds and 3.3 blocks per game. Garnett may not like it, but he deserves to have his number retired by the Timberwolves. Garnett even finished his career with a season in Minnesota as a 39 year old. A true Minnesota Timberwolve, and the greatest to ever put the jersey on.