2020 Hall of Fame Class: The Career of Tim Duncan 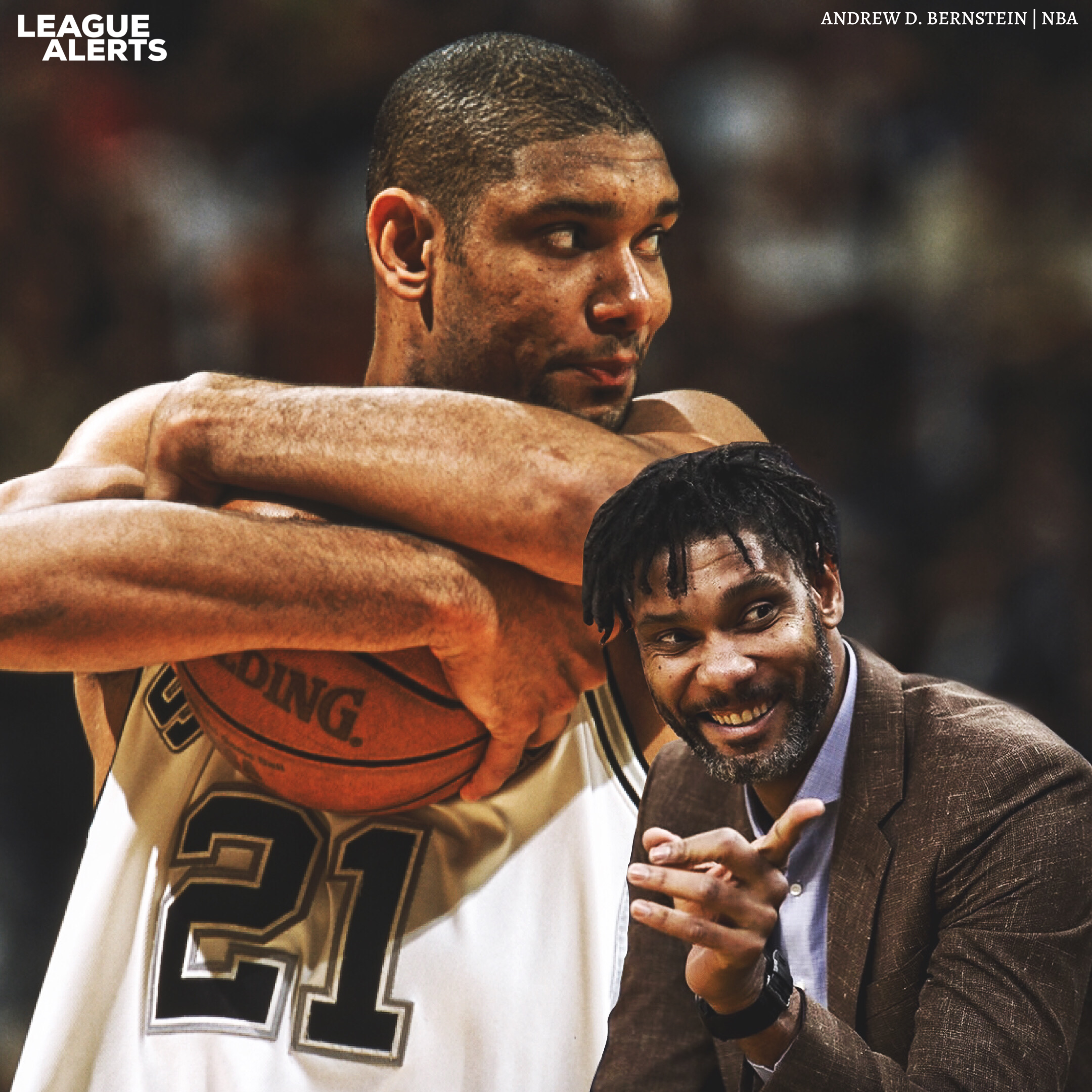 Tim Duncan or ‘Mr. Fundamentals’ was the first pick in the 1997 NBA Draft. He was drafted by the San Antonio Spurs, where he would play his entire career. Duncan would play in the NBA for 19 years, playing for the same team, and the same coach (Greg Popovich).

Being the first-overall pick, expectations were high for his rookie season, and he shattered every expectation. Duncan was one of the only players in NBA history to make the All-Star game as a rookie. He would go on to average 21.1 points, 11.9 rebounds, and 2.5 blocks. His stellar play would earn him the Rookie of the Year and it would elevate the Spurs back into the playoffs after a one-year absence and as the #5 seed, they would take out the #4-seeded Suns 3-1 before falling to Stockton and Malone in the second round. This playoff berth would be the first of the longest playoff streak in NBA history that, thanks to the NBA suspension, has yet to be broken.

His next season would have some injury problems and he’d only play 50 games, but when he did play, he was incredible. He didn’t improve much from his rookie season statistically, but there wasn’t much higher up to go. He averaged 21.7 points, 11.4 rebounds, and 2.5 blocks. The real prize of this season wouldn’t be an All-Star berth, however. Despite Duncan only playing 50 games, the Spurs would take the #1 seed in the West. They blasted through the Conference losing just one game where they then faced the #8-seeded New York Knicks in the NBA Finals and took home the trophy in a 4-1 series and Duncan would be awarded the Finals MVP.

The next few years would not be as eventful for the Spurs. David Robinson was getting old and Duncan couldn’t carry his team to an NBA championship alone yet. They’d fall to the Suns 3-1 in the first round in 2000, 4-0 against the Lakers in the Conference Finals in 2001, and 4-1 against the Lakers again in the second round in 2002. Although the playoffs were unsuccessful, Duncan would have an incredible 2001-2002 campaign, averaging 25.5 points, 12.7 rebounds, and 2.5 blocks. His incredible play would earn him his first MVP of his career.

The 2002-2003 season was also a great one for Duncan. Second-year player Tony Parker broke out that year while rookie Manu Ginobili showed promise off the bench. Duncan himself would have a fantastic season, averaging 23.3 points, 12.9 rebounds, and 2.9 blocks, earning him his fifth all-star appearance in his six-year career. Duncan would earn his second MVP of his career at the age of just 26. The trio of Duncan, Ginobili, and Parker would win their first championship together, defeating Jason Kidd and the Nets in a 4-2 series. Tim Duncan would once-again earn the Finals MVP, the second of his career.

They’d fall to the Shaq and Kobe Lakers in the 2004 playoffs but would return to the NBA Finals in 2005 to take on the reigning champion Detroit Pistons. Everyone knows the shot from Big Shot Bob that would give the Spurs the 3-2 lead in game five before winning in six games. Duncan would be named Final MVP for the third time in his career.

At the age of 28, Duncan already had two MVPs, three Finals MVPs, three Championships, eight All-NBA honors, eight All-Defensive honors, and seven all-star appearances. Keep in mind that this was in eight seasons as well.

Despite the peak of his career now behind him, he still had plenty in the tank and more championships to win. As the Spurs would progress in the 21st Century, they’d be less Tim Duncan based, and more team-based. Tony Parker and Manu Ginobili had both solidified themselves as All-Stars so Duncan would have a great team around him as he began to age.

They’d fall to Dirk and the Mavericks in seven games in 2006, but would once again come back to the Finals to face LeBron James, who is entering the NBA Finals for the first time. Although today’s LeBron is an unstoppable tank, he was still young and inexperienced back then and the Spurs would win in four games. Duncan would get his fourth ring, but it would be Tony Parker who would receive Finals MVP honors, Duncan’s first time not getting it when he would win a championship.

After their 2007 championship, the Spurs went quiet for a bit. Duncan would become an All-Star for all of the next four seasons, but it wouldn’t be until the 2011-2012 season where they’d finally come back to the Conference Finals. The now 35-year-old Tim Duncan would miss the All-Star game for non-injury related reasons for the first time in his career. They’d make the Conference Finals for the first time since 2008 before falling to Durant and Westbrook in six games.

After that string of years, Duncan and the Spurs were back in business by the 2012-2013 season. Parker, Duncan, and Ginobili were joined by a relatively unknown player named Kawhi Leonard. The four of them were the epitome of team play, playing some of the most beautiful basketball ever seen with no one as the clear superstar. At 36, Duncan was once again an All-Star and had a great playoffs averaging 18.1 points and 10.2 rebounds. They made it all the way to the finals and had the Heat in game six before the legendary Ray Allen three-pointer.

In the 2014 playoffs, the Spurs avenged their seven-game series loss from last year, defeating the Heat in six games. At the age of 37, Duncan got his fifth championship. Kawhi Leonard was named Finals MVP and it would be Duncan’s last Championship.

Duncan returned to the All-Star game one last time in the 2014-2015 season where he averaged 13.9 points, 9.1 rebounds, and two blocks. They fell in seven games to the Los Angeles Clippers.

Duncan spent one last season in San Antonio. His final season at the age of 39 ended not just a career, but an entire era of basketball. He and the Spurs made the second round of the playoffs before falling to the Thunder.

Duncan is truly the best Power Forward of his era, and likely of all time. Right off the bat he was incredible to watch and always knew the best way to score. His nickname ‘Mr. Fundamentals’ perfectly resembles him. He wasn’t cocky, not flashy, but an all-around incredible player nonetheless. He more than deserves this honor and it’s great to see him enter the Hall of Fame.