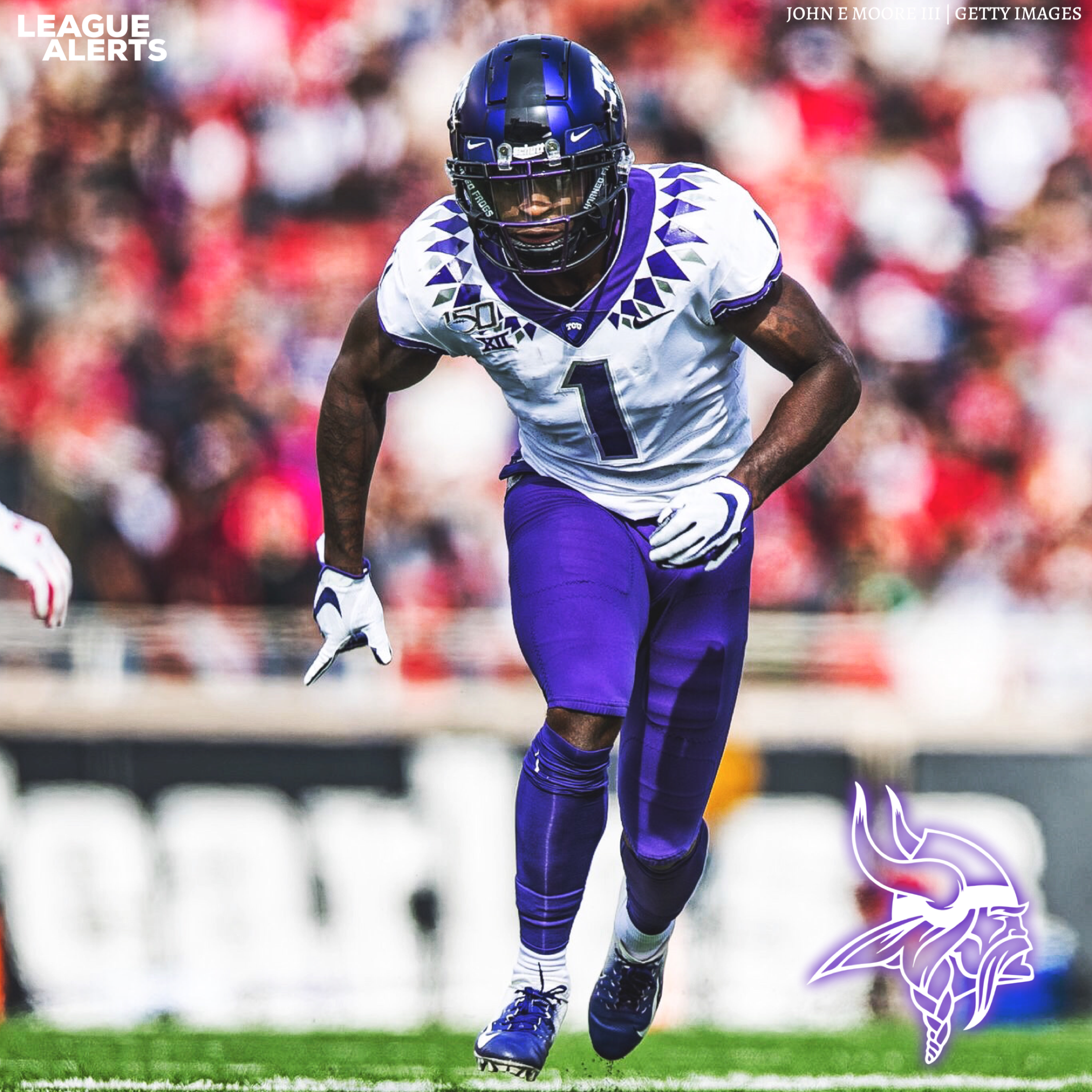 The Minnesota Vikings had an impressive 2019 season as they went 10-6 their first time hitting double-digit wins since 2015. The Vikings did go through some team struggles with locker room problems as wide receiver Adam Thielen called out quarterback Kirk Cousins in a press conference after a week 4 loss to the Chicago Bears. Despite that they got passed it a huge contributor for Minnesota’s season success was running back Dalvin Cook who had a breakout year after having an off-year in 2018 where he dealt with a hamstring injury, Cousins also stepped up his game as he threw 6 interceptions in 2019 compared to his 10 interceptions in 2018, but did throw 4 fewer touchdowns in 2019. Minnesota’s 10-6 record was good enough for them to clinch a 6 seed in the playoffs, earning themselves a Wild Card matchup against the New Orleans Saints. In the Wild Card game wideout, Stefon Diggs would go on to throw his helmet in frustration as he was targeted 0 times by Cousins throwing a mini tantrum on the sideline along with the Vikings defensive players getting into a heated argument while on the sideline. Despite the distractions, the Vikings would go on to steal an impressive 26-20 road win against the Saints in overtime after they blew a 10 point lead in the 4th quarter to allow the game to go to overtime. Minnesota would go on to lose the following week in the Divisional Round 27-10 to the San Francisco 49ers. The Vikings have two 1st round picks in this year’s draft and a total of 12 picks and could look to add depth to their roster. Here are some positions the Vikings could look to address in the Draft.

After Stefon Diggs posted on Twitter “it’s time for a new beginning” it was clear he wanted a trade out of Minnesota. There were speculations all season around if Diggs would still be on the Vikings after the trade deadline, the Vikings would end up keeping Diggs on the roster and things looked good for the team. During the Wild Card matchup vs the Saints, Diggs would go on to throw his helmet while walking to the sidelines after having 0 targets in 3 quarters bringing up the conversation again should the Vikings trade Diggs? Well, the tweet was what made the decision it was time to move on as the Vikings would go on to trade Diggs and a 2020 7th round pick to the Buffalo Bills for a 2020 1st-round pick, 5th-round pick, 6th-round pick, and a 2021 1st-round pick. Minnesota did receive a haul of draft picks for Diggs but now they are without their speed demon who was one of their if not best wideouts on the team. Diggs recorded 1,130 receiving yards on 63 receptions which comes out to an average of 17.9 yards per catch and 6 touchdowns. The Vikings currently have their #1 receiver as Adam Thielen who isn’t a bad player to have as a #1, but he does need help as the current 2 other starting receivers are Bisi Johnson and Tajae Sharpe who both had decent 2019 season, but they lack the skill to be a true #2 receivers do provide depth to the receiver core. A wideout who could serve as a #2 receiver and become the new vertical receiver for Minnesota is speed demon Jalen Reagor who is one of the fastest wide receivers in the draft. Reagor recorded 43 receptions for 611 receiving yards which is 14.2 yards per reception along with having 5 touchdowns. Reagor showed off his killer speed at TCU as they used him for punt returner where he had a couple of big returns and showcased his speed as he would often pass by corners with ease leaving him wide open. Reagor could easily replace Diggs spot as the speed demon on the team with a receiving duo of Thielen and Reagor with Johnson and Sharpe the Vikings could have a pretty good receiving core.

The Minnesota Vikings did a really good job of protecting Kirk Cousins as they were allowed 28 sacks which was the 6th fewest sacks allowed in the league, but they did allow 68 QB hits which isn’t that bad compared to other teams. The o-line made a huge improvement as last season they were ranked 15th for the fewest sacks which isn’t bad either but they made a huge difference if you watched them play not only in pass protecting but in run blocking as running back Dalvin Cook ran for an impressive 1,135 rushing yards and 13 touchdowns. The left guard position is the only weakness in the Vikings o-line as starter Pat Elflein allowed 6 sacks which is the most on the team and ranked 3rd most by a starting guard and had 8 penalties which is also tied for 3rd most by a starting guard. To go along with the allowing 6 sacks in the regular season Elflein also allowed 2 sacks in the postseason ranking 2nd most by a starting guard and that is not what you want to see out of a starter. To be fair Elflein has played 2 years as a center for Minnesota but they have to realize he isn’t a good blocker as he allowed the 2nd most sacks by a center last year. The Vikings could look to add a true left guard in the draft with their second 1st round pick, a prospect to look out for is Shane Lemieux who was the starting guard for Oregon last year. Lemieux was one of the best blockers Oregon had last year having 38 straight starts for them and was a good run blocker for them, Lemieux is one of the most balanced linemen in the draft with his good pass and run blocking with that he will be a great addition to the Vikings. Lemieux could even look to be a starter by week 1 if he has an impressive training camp if not expect him to put up a good fight to become a starter.

The Vikings released cornerback after Xavier Rhodes after spending seven years with the team. Rhodes’ game has been on a  downfall since his 2016 season where he was considered one of the best corners in the game granting himself the nickname “Rhodes Closed.” It was time to move on from Rhodes as he allowed 59 receptions on 79 targets, but he did have 6 pass deflections and 1 forced fumble. With Rodes now gone Minnesota can look to add more youth to their secondary that consist of Mike Hughes and Kris Boyd as their starters and having a deep depth for backup. Hughes is a decent corner who had a 63% completion rate when targeted along with having 1 interception, 9 pass deflections, and 2 forced fumbles. Minnesota’s weakness in the secondary is Boyd who allowed a 71.4% completion rate when targeted, Boyd came off his rookie season and could still turn it around for his sophomore season. A prospect to watch is Noah Igbinoghene who is coming off a solid season at Auburn where he had 7 passes broken up along with 42 tackles. Igbinoghene did well considering Auburn had one of the toughest schedules last year and he had to be matched up against top talent recovers. Igbinoghene has always been consistent for Auburn as he has had at least 5 or more pass deflections for each year he played for them. Being a better athlete than player at this point and with some more developing to do he could be moved to another position possibly safety which would fit for the Vikings as they currently have no backups for their strong safety and free safety position.