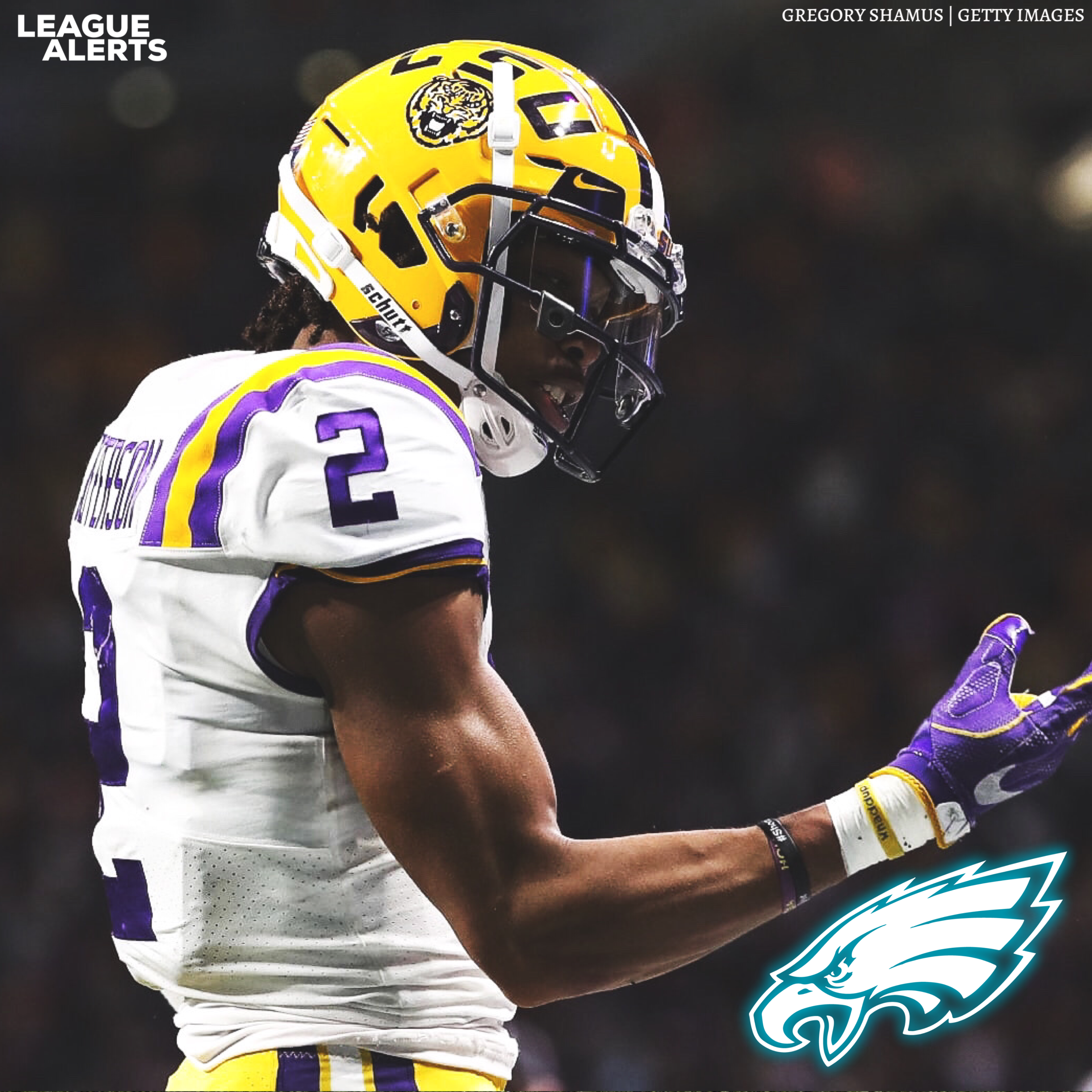 The Philadelphia Eagles were the worst victims when it came to a team dealing with injuries throughout the 2019 season. The Eagles had a total of 13 players on injured reserve by the end of the season which is top 5 by a team with players on IR. Notable injuries were wide receiver DeSean Jackson who’s 2019 season was supposed to be a welcome home year but only played 3 games as he dealt with a core injury, receiver Alshon Jefferey also dealt with many injuries forcing him to miss a decent amount of time, defensive tackle Malik Jackson was supposed to be a great pickup for the Eagles d-line but only played one game as he suffered a foot injury week 1. Despite the many injuries, the Eagles managed to finish off the season 9-7 and clinched a wildcard spot and were heading back to the playoffs. If having 13 players on IR wasn’t enough for the Eagles, starting quarterback Carson Wentz left the game with a concussion after what could be considered a dirty hit by Seattle Seahawks Jadeveon Clowney. This time Nick Foles wasn’t there to save the day to lead them to a playoff win as the Eagles would lose to the Seahawks 17-9. Philadelphia without a question could have gotten farther if they were slightly healthier and if Wentz didn’t get hurt. With a total of 8 picks in the 2020 NFL Draft and could build up a healthier and younger team. Here are some positions the Eagles could look to address in the draft.

The Eagles dealt with many wide receiver problems throughout the 2019 season as 2 starting receivers would miss half the season. DeSean Jackson shined in week 1 as he had 8 receptions for 154 yards and 2 touchdowns looking like his old self, but by week 2 he was already injured. Jackson would return week 9 but after 1 reception he was taken out of the game as he aggravated his previous injury and a couple of weeks later Jackson underwent core-muscle surgery bringing his season to an end. The second starting receiver to miss valuable time was Alshon Jeffrey who missed 6 games as he dealt with a calf, hip, and a foot injury that would land him on IR. Receiver Nelson Agholor also missed 5 games as he battled a knee injury towards the end of the season but has since departed from the team as he signed with the Las Vegas Raiders in the off-season. It was amazing with what quarterback Carson Wentz was able to do with his receiver situation throughout the season putting up big numbers with 2nd and 3rd string receivers for most of the season. Without a doubt, Philadelphia will be looking to snatch a receiver with their first-round pick to help with their receiver problems. A prospect who could help them is Justin Jefferson, a 6’1 202 lbs receiver who is coming off a national championship with LSU. Jefferson was one of Heisman winner Joe Burrow’s favorite targets as he recorded 111 receptions for 1,540 receiving yards and 18 touchdowns almost doubling his reception yards and receptions from 2018. Jefferson showed he is great at breaking away from man coverage and somehow always finding the ball in his hands as he had a monstrous 5 touchdown performance in the Peach Bowl vs Oklahoma. Jefferson has impressive speed as he showcased it during his impressive 40-yard dash at the combine helping his draft stock after there were questions as to whether he was really a 1st round pick. With his impressive speed and athleticism, Jefferson has the ability to easily take the role of Agholors replacement.

The Eagles declined to pick up safety Malcolm Jenkins contract option for 2020 resulting in Jenkins to become a free agent. Jenkins was their starting safety for the last 6 years and was a key piece and veteran to their secondary. Jenkins did have a solid season for the Eagles last season as he recorded 8 pass deflections, 2.5 sacks and had 4 forced fumbles while allowing only 30 completions for the year while being targeted 50 times. The Eagles did sign safety Will Parks to a 1-year deal which is really a  prove-it contract for Parks as he has been primarily a backup for the Denver Broncos the last 4 years and has yet to prove he can be a starter. Being only 25 he could still have a chance of being a part of the Eagles future but realistically as a backup Parks has been a consistent backup for Denver averaging at least 3 starts a year and 3 pass deflections. The Eagles also re-signed Rod McLeod to a 2-year contract after he came off an impressive comeback after suffering a torn ACL injury the 2018 season. With McLeod past ACL injury the Eagles should look to take a precautionary step to draft a safety in the draft preferably in the second round due to the lack of depth in this year’s draft at safety. A safety who could help the Eagles build for the future is Antoine Winfield who was a ball hawk for Minnesota last year leading the team in interceptions with 7. Having good ball instincts Winfield had a knack for big plays, to go along with his 7 interceptions Winfield recorded 85 tackles, 3 sacks, and 1 pass deflection all while being undersized at 5’9 and 203 lbs. Despite his impressive play with his undersized frame teams still aren’t buying in on him pushing his draft stock to a projected 3rd round pick. If Philly can pick up Winfield they not only will be getting a steal but they will be getting a key piece to their secondary for the future.

The Eagles o-line did do a pretty good job with protecting their quarterback, Carson Wentz, as they ranked 14th for the fewest sacks allowed, but did allow a total of 100 QB hits throughout the season. Last season starting tackle Jason Peters (turned 38 in Jan.) is currently still a free agent and it looks like the Eagles have decided to move on from the 16-year veteran after he spent the last 11-years with the team. Peters did have a down year last year as he allowed 3 sacks and had 9 penalties called on him, his highest since 2016 may have played a role in Philly’s decision to move on from him along with his age. The Eagles currently have one left tackle which is not ideal for a team especially the Eagles as they are cursed with injuries, Andre Dillard is currently the only listed left tackle on Philly’s roster. Dillard is coming off his rookie season where in 4 starts he allowed 4 sacks and was called for 1 penalty, he has big shoes to fill as the Eagles have yet to sign a veteran left tackle during the off-season. A player that could support Dillard with being a good backup is Cameron Clark who is coming off a decent season at Charlotte. At 6’4 308 lbs Clark was the starting left tackle for Charlotte last year and did a pretty good job protecting the quarterback. Clark has a good strong build along with having decent speed and a level of athleticism that is better than expected by his size. Many scouts can see Clark as being a great backup that could work his way up to being a starter which would be a perfect fit for the Eagles if they were to sign a veteran to not only start a couple of games but to be a mentor to Clark and Dillard.