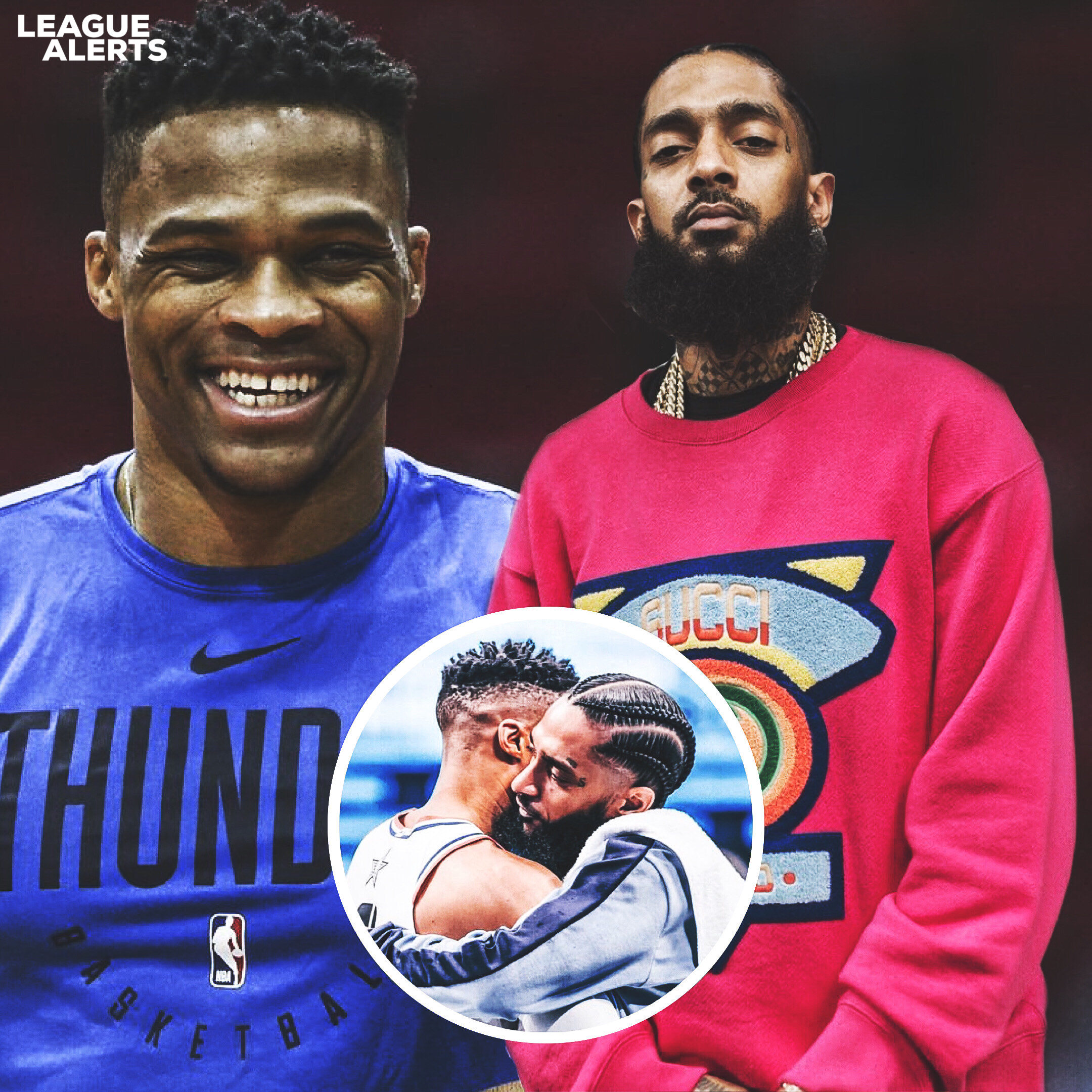 Just 2 days after rapper, community activist, entrepreneur, and community icon Nipsey Hussle was gunned down in front of his own store in Crenshaw, Los Angeles the Los Angeles Lakers went on the road to take on the Oklahoma City Thunder. Many players around the league paid tribute to Hussle including teams like the Lakers and Clippers, but one tribute stood out more, a tribute that will always be remembered that made NBA history books. Thunder starting point guard Russell Westbrook and Hussle were close friends as they were both natives of LA, Hussle helped Westbrook’s “Why Not?” foundation where families were provided with a Thanksgiving dinner. Westbrook showed his Hussle and Motivation as he would go on to drop 20 points, 20 rebounds, and 21 assists dedicating the performance to the late great Hussle. Westbrook became the second player in NBA history to drop 20-20-20 triple-double as the last player to do so was Wilt Chamberlain in 1968 while playing for the Philadelphia 76ers.

Westbrook paid his first tribute to Hussle by showing up to the game wearing a Crenshaw shirt, a piece of merchandise part of Marathon Clothing, a clothing line owned by Hussle. Heading into the game Westbrook averaged 23 points, 11 rebounds, and a league-high 10.4 assists looking to notch another season averaging a triple-double. With already 30 triple-doubles in the 2018-19 season and 135 career triple-doubles ranking 3rd all-time this may have been Westbrooks best on yet. Westbrook began to rap along Hussle as the song Grinding All My Life was played before tip-off capturing a special moment.

With the Thunder up 34-28 at the end of the 1st quarter, Westbrook had an impressive 7 rebounds and  10 assists but failed to get a bucket the whole quarter. Toward the halfway point in the 2nd quarter, the Lakers made things interesting as they made a 43-41 comeback still down but only by 2 points. The Lakers were able to make a run and gain the lead towards the end of the quarter but after Westbrook made a 23-foot 3 pointer Oklahoma was able to gain momentum and finish up the half with a 59-55 lead over the Lakers. At the end of the 2nd quarter, Westbrook had 5 points, 2 rebounds, and 4 assists bringing his total for the game to 5 points, 9 rebounds, and 14 assists.

The 3rd quarter was all Thunder as they would go on to outscore the Lakers 35-23 with Westbrook having another impressive quarter. Westbrook recorded 11 points, 5 rebounds, and 4 assist commentators and fans soon began to grow a belief that Westbrook had a chance to record a 20-20-20 triple-double. With only 4 points, 6 rebounds, and 2 assists away it looked very possible for Westbrook to make history.

Westbrook sat for most of the 4th quarter and entered the game with 8:13 remaining in the game. It looked like the 20-20-20 triple-double would be out of the picture with the little amount of time left on the clock and the amount of stuff needed to accomplish. That didn’t stop Westbrook as he recorded 4 points, 3 rebounds, and 2 assists within 5 minutes of checking in leaving only 3 rebounds left to achieve a 20-20-20 triple-double with less than two minutes left in the game. With 43 seconds left in the game, Lakers rookie Isaac Bonga missed a 15-foot jumper leading to Westbrook grabbing a defensive rebound and securing his 20th rebound to complete the 20-20-20 triple-double. After grabbing the rebound he let the whole arena know who he was doing it for as he began repeatedly shouting “That’s for Nipsey!” With 39 seconds left Oklahoma called a timeout and Westbrook checked out the game, the crowd gave him a well-deserved standing ovation for what will go down as one of the best stat lines in NBA history and best tributes a player can give.

Westbrook showed why he is a 1 of 1 player with that special tribute to Hussle.