A Look Back at Rozier vs Bledsoe “Feud” 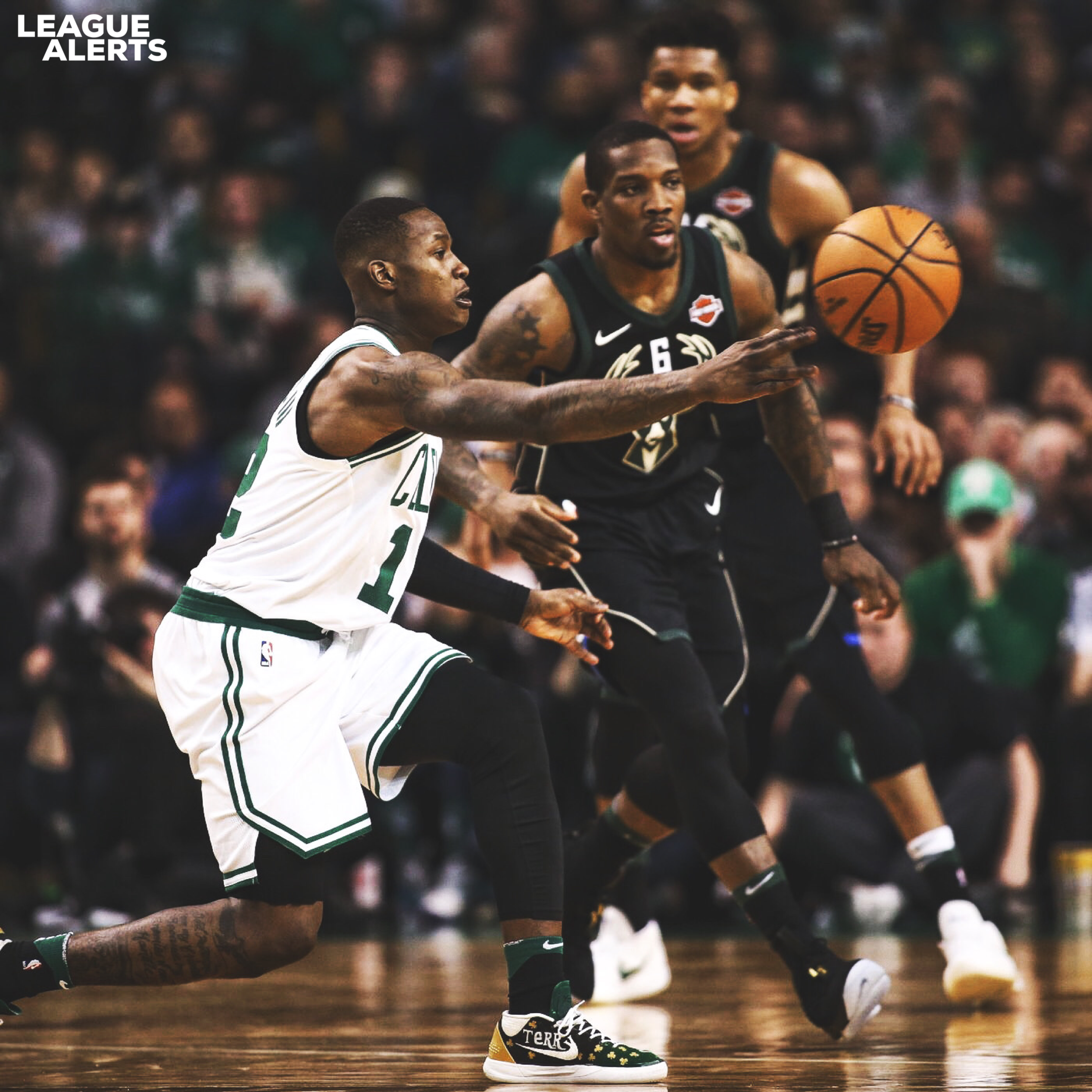 One of the most memorable playoff series in recent history, was the 2018 playoffs matchup between the Boston Celtics and Milwaukee Bucks. From this series arose an unexpected rivalry between two small guards; Terry Rozier and Eric Bledsoe. This 7 game series was full of clutch shots, bickering between Rozier and Bledsoe, and shots in the media. So today, we’ll take a blast to the past, and dive into the game by game analysis of the Rozier v Bledsoe feud.

The Milwaukee Bucks were set to play the Boston Celtics in the first round of the NBA Playoffs in 2018. Unfortunately, Boston seemed to be at a disadvantage, as injuries to both Kyrie Irving and Marcus Smart moved Terry Rozier into the starting lineup, where he would have a chance to prove himself on the biggest stage. Many believed Giannis and the Bucks had the perfect opportunity to defeat the 2 seed Celtics, as they were not close to full strength. Eric Bledsoe had also just experienced a change in scenery. Bledsoe famously requested a trade over Twitter from the Phoenix Suns, stating “I don’t wanna be here”. Days later, Bledsoe found himself in Milwaukee.

It all starts here. Terry Rozier hits what was believed to be the game winning step back three pointer, absolutely snatching Eric Bledsoe’s ankles in the process. This was until Khris Middleton hit a half court shot at the buzzer to send the game to OT. The Celtics would go on to defeat the Bucks, 113-107 in overtime. Terry Rozier notched 23 points, while Eric Bledsoe managed just 9 points. Following the game, Rozier accidentally referred to Eric Bledsoe as “Drew”. Rozier had inadvertently confused New England Patriots quarterback Drew Bledsoe, with Milwaukee Bucks point guard Eric Bledsoe. As we saw later on, Bledsoe didn’t appreciate the disrespect, intentional or not.

Following Rozier’s minor slip up, the Bucks and Celtics returned to Boston for game 2. The Celtics would go on to win again at home, 120-106. Rozier once again played spectacular, finishing with 23 points, as well as 8 assists and 0 turnovers. Bledsoe struggled again, and finished with just 12 points and 7 rebounds. Following the game, a reporter asked a disappointing Bledsoe about Terry Rozier finishing with 0 turnovers throughout the entire series, and asked Bledsoe how personally he took the matchup against Rozier. Bledsoe replied with “who?” the reporter clarified “Terry Rozier”. Bledsoe looked unimpressed, and replied “I don’t even know who the f*** that is”. This only fueled Rozier’s fire further.

Things remained tense, but nothing boiled over further until game 5. Back in Boston, a scuffle erupts between Rozier and Bledsoe, who have to be separated by teammates. The third quarter scuffle resulted in a flagrant foul on Eric Bledsoe, and a technical foul on Terry Rozier. The Celtics would go on to win the game 92-87, both Bledsoe and Rozier finished with 16 points. The Celtics embraced the Bledsoe rivalry, and fans could be heard chanting “Bledsoe sucks” during the scuffle. The Celtics also put Drew Bledsoe on the big screen, and brought him in for a live game!

The Bucks battled their way back and managed to force a game 7 in Boston. It seems like all the conflict was in Boston, as game 7 marked the peak of the epic duel between Bledsoe and Rozier. With the series on the line, Terry Rozier knew he had a lot to prove, and Bledsoe had one of the biggest games of his career. The Celtics ended up winning the game 112-96, behind Rozier’s 26 points. Bledsoe finished with 23 points, in perhaps his best game of the series. Both these guards were playing fiery defense, and trading buckets back and forth, with Rozier and the Celtics coming out on top. Celtics fans once again trolled Bledsoe, chanting “Who is Bledsoe” in response to Bledsoe not knowing who Rozier was. At the end of the game, Rozier and Bledsoe hugged at center court, shared a laugh and went back to the tunnels.

Terry Rozier, known for his fashion, showed up to game 1 against the Philadelphia 76ers wearing a Drew Bledsoe jersey. A clear mock at Eric Bledsoe. Bledsoe didn’t have anything to say on record, but at this point, Rozier had all bragging rights.

The beef settled down following the 2018 playoffs, however the Bucks found themselves matched up with the Celtics once again in the playoffs in 2019. It seemed like Bledsoe remembered Rozier’s name this time, as the two guards didn’t really get into much action. Now Rozier on the Hornets, and Bledsoe on the Bucks, there isn’t really any tension between the two players on the court. This rivalry will surely go down as one of the most entertaining in this era of basketball.