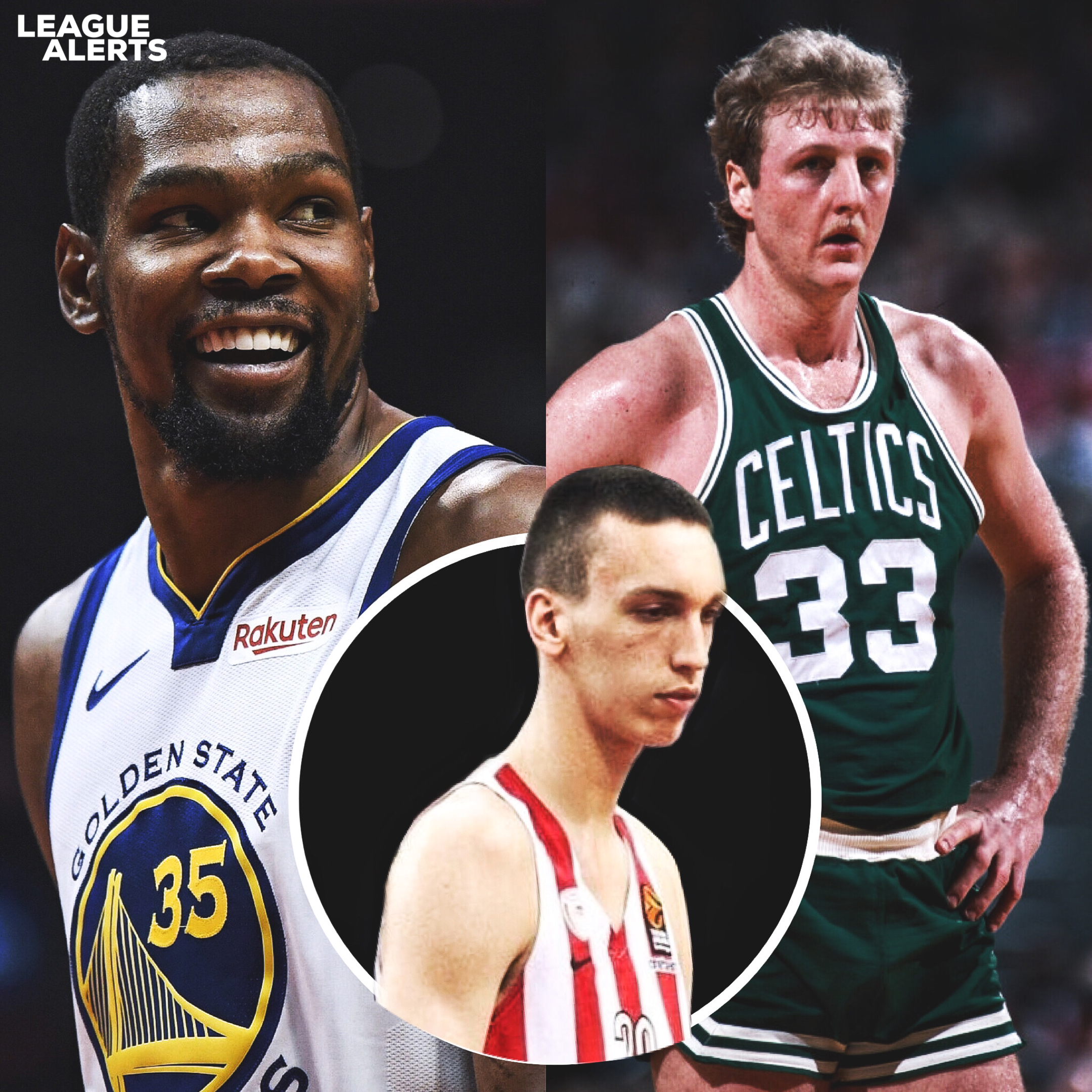 It seems like in every draft that isn’t viewed as elite… there ends up being a prospect taken later in the draft that explodes into an All-Star caliber player. In most recent memory, this happened with Pascal Siakam (27th pick in 2016) and Giannis Antetokounmpo (15th pick in 2013). There is a solid chance that this trend will continue in this draft and the prospect that has the upside to be that guy is none other than Aleksej Pokusevski.

If you are unfamiliar with Aleksej Pokusevski, he is a Serbian 7’0″ combo forward that currently plays for Olympiacos B of the Greek 2nd Division. To get more familiar with Aleksej, let’s take a dive into his strengths and weaknesses to get a better idea of who he is as a player and what he could potentially be in the NBA:

Aleksej has incredible coordination and fluidity for his size, he moves as well as any 7 footer you see in the league currently… he frankly looks a lot like Kevin Durant with the way he moves at his height. He is able to get up and down the floor as effortlessly as many NBA guards which allows him to thrive in fast pace systems which is a direction most NBA teams are headed.

He also has very good vision, he doesn’t look… he sees. He does a great job of making the right pass but also can throw you open with his ability to pass with different velocities and angles. He averaged 3.1 assists in the Greek HEBA A2 which is a slower pace league and he typically wasn’t running the offense making that total very impressive. His solid handle also gives him the potential to be a primary or secondary facilitator if he meets his potential as a player.

Another positive to his game is he has upside as a shooter. He has good balance, good form and has had moments where he looks like an elite shooter. He only shoots 32.7% from deep but also shoots over 78% from the line which is encouraging. With the right training, he could become a very good three-point shooter at the next level.

Unlike some European prospects of the past, Aleksej is a very engaged defender. He is constantly moving and utilizes his length to block shots at a very high level. He averaged 3.0 blocks in the U17 for Serbia and is averaging 1.8 blocks for Olympiacos B in only 23 minutes a night. His engagement and active hands on the defensive end are also responsible for him averaging 1.3 steals this season which shows his overall versatility as a defender.

The main weakness that stands out for Aleksej is he has a very thin and frail frame. He is too weak to body defenders his height and certainly doesn’t have the strength to guard current NBA bigs. His frame doesn’t suggest that he will ever be strong enough to be able to physically match up with centers and power forwards which is a reason why he will likely play small forward at the next level.

Another red flag for him as a prospect is he’s prone to turn the ball over. He has a 3:1.8 assist/turnover ratio which isn’t necessarily the worst but many of his turnover’s are unforced. He takes huge gambles that don’t usually go the way he’d want and tries to get too fancy with his passes which makes him look foolish at times. His discipline passing the ball should improve overtime as he matures as a player with NBA coaches which makes this not too concerning.

One last concern Aleksej has is his inconsistent shot. The reason why his shot is inconsistent is because of his lack of a followthrough. A lot of the time, it looks like he simply chucks the ball at the rim without which leads to bad misses at times. Since he has a good natural form and base going for him, if he does a better job keeping his followthrough… he will become a really good shooter.

Aleksej Pokusevki is a very talented and raw 7 footer that has the tools to become a special wing in the league. He needs to go to a functional organization that will be patient with him and won’t need him to play real NBA minutes for at least a couple of years. The success of his NBA career will be determined by how much weight he can put on and how disciplined his overall offensive game can become. If he grows in those areas… you are talking about a superstar in the making. If he never figures out most of those issues… he likely won’t get any real minutes in the NBA.