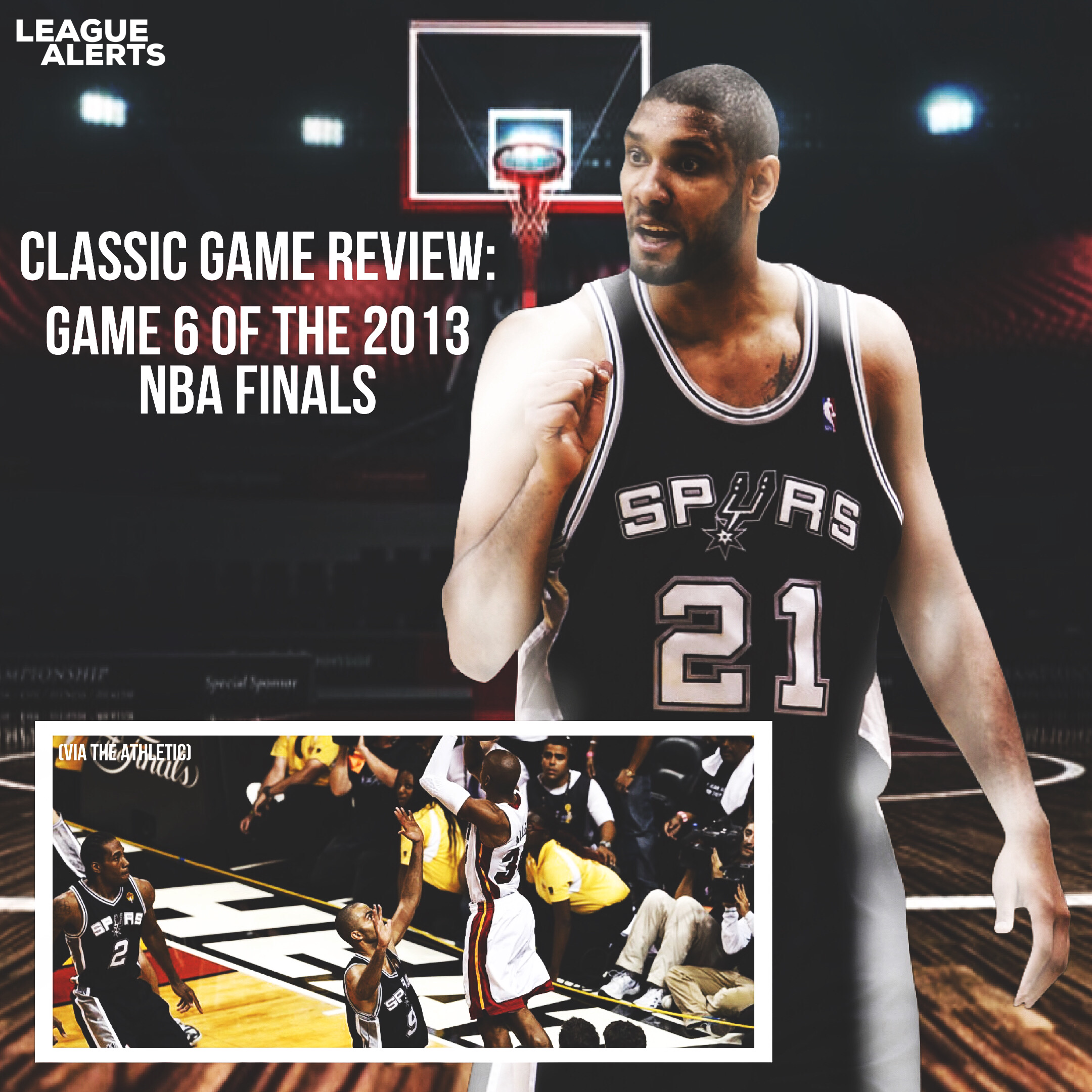 In 2013 the Miami Heat and the San Antonio Spurs faced each other in the NBA Finals for the first of 2 consecutive Finals matchups.

The Spurs had a 3-2 lead at this point in the series but would go on to lose this game as the Heat forced a game 7, which the Heat would win thus taking home the championship.

LeBron James had a triple-double in this game after he finished the game with a performance of 32 points, 11 assists and 10 rebounds in 50 minutes of game time. Mario Chalmers scored 20 points and Chris Bosh got a double-double with 10 points and 11 rebounds.

Ray Allen scored 9 points this game but 3 of them came from a clutch, game tying 3-point shot leaving the spurs 5.2 seconds to win the game or go to overtime.

At the end of overtime the Heat were the victors of this game coming away with a final score of 103-100.