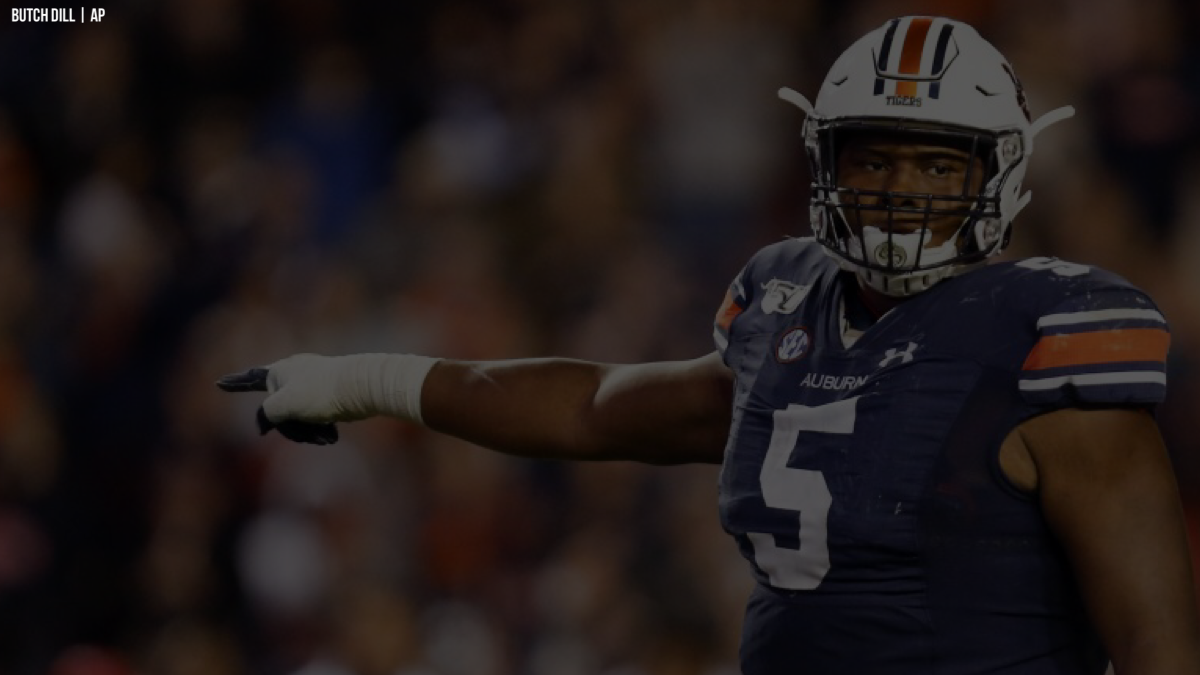 The Jacksonville Jaguars had their hopes high when they signed quarterback Nick Foles to a 4-year contract worth $88 million during the 2019 free agency. Fans thought the former Super Bowl MVP would bring Duval back to playoff connection after their one-hit-wonder 2017 season. 1 quarter into his Jacksonville debut he injured his shoulder that would keep him out until week 11.

While Foles was out with injury, rookie quarterback Gardner Minshew took the starting job and stole fans’ hearts with his jean shorts and mustache. Foles would return week ll vs the Indianapolis Colts but would lose the starting job as he was benched and Minshew became the starter again. The Jaguars finished with a record of 6-10 Jacksonville does have 2 1st round picks to go along with their 7 other picks. Here are some positions Jacksonville could look to address in the draft.

A prospect who can boost up their d-line again is defensive tackle Derrick Brown who is coming off an impressive year where he had 4 sacks, 2 forced fumbles, 2 fumble recoveries, and 4 pass deflections for Auburn. Brown is considered to be the best defensive line prospect after defensive end Chase Young who is projected to be the 2nd overall pick in the draft. Brown is an excellent run stuffer with his quick jump-off stance he can make an instant in the Jaguars d-line. Jacksonville could snatch up Brown easily with one of their first-round picks (9th overall pick).

With both starting defensive ends likely gone for the Jaguars they can start the season off with a  fresh new d-line group with selecting two players in the 1st round that can contribute to their bright future. Jacksonville finished 7th in the league for the most sacks by a team but both of the team leaders on the d-line won’t be on the team by the start of the season they desperately need some help. Jacksonville could look to pick up a defensive end to pair up with Josh Allen who is coming off an impressive 10.5 sacks finishing 4th in voting for Defensive Rookie Of The Year.

A prospect to look out for is defensive end Jon Greenard who is coming off an impressive season at Florida.  Greenard is coming off a season where he recorded 9.5 sacks, 3 forced fumble, 1 interception, and 4 pass deflections as you can see he did a little bit of everything for Florida’s defense. The versatility Greenard brings to Jacksonville d-line could help with the loss of 2 starters and give Jacksonville a young defense with the potential to be the best in the near future. The Jaguars can snatch him up with their second 1st round pick (20th overall pick) via Los Angeles Rams.

A prospect the Jaguars could pick up in the 2nd round is cornerback Cameron Dantzler who is coming off a solid season at Mississippi State recording 2 interceptions, 8 pass deflections, 1 forced fumble, and 1 fumble recovery. Dantzler is a great player but his lack of speed in his 40-yard dash will result in teams passing on him causing him to be a 2nd round prospect. The Jaguars will get a solid corner who’s physical playstyle doesn’t go unnoticed along with his 6’2 frame allowing him to contribute to his 8 pass deflections.