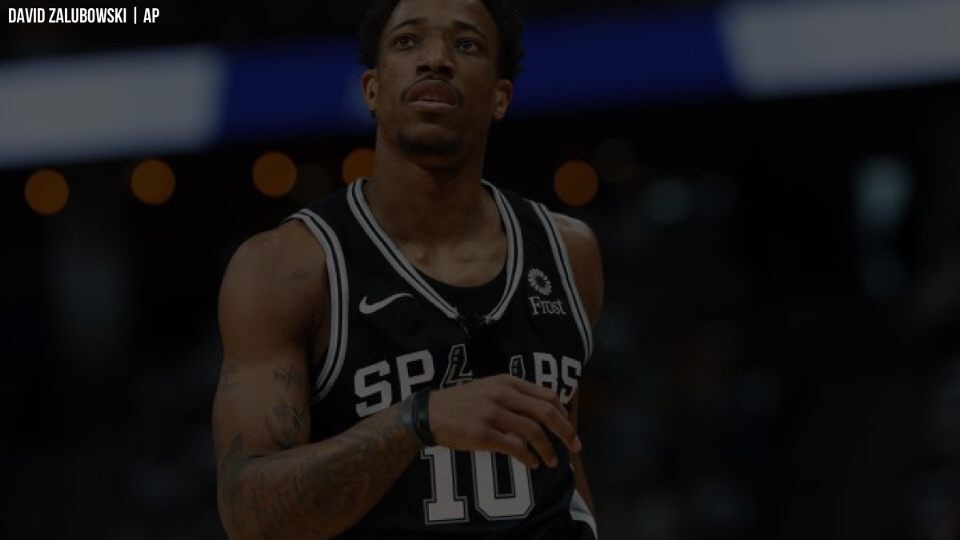 The NBA season might be on hold, but the speculation never stops! Just before the Coronavirus Pandemic, reports had come out that four-time All-Star DeMar DeRozan plans on declining his player option worth over $27.7 million. The Spurs had been negotiating with DeRozan for a bit but the two sides can’t come to an agreement over the 30-year-old’s next deal.

DeRozan seems like he wants to get one more big contract before his body begins to decline. With the Spurs looking like they’re not willing to give DeRozan his money, which teams have the best chance at signing the star wing?

Although the Pistons were tanking for a good portion of this year, they have no intention of repeating that process next season. DeMar DeRozan would be a great asset to have along-side Blake Griffin and Derrick Rose as they’re going to try to make the playoffs again next year.

He would make the Pistons a playoff-caliber team, but the main reason DeRozan might consider joining the Pistons is because Detroit’s Head Coach Dwayne Casey was the coach in Toronto when DeRozan played there. DeRozan and Casey have a good relationship and it may prompt DeRozan to reunite with his old coach in Detroit.

If DeRozan would join the Pistons, they’d be an actually interesting team next year. They’d have Derrick Rose at the Point Guard along with Kennard and DeRozan at the two and three, and then Griffin and Wood at the four and five. That starting five (barring injury) would be a dangerous foe in the Eastern Conference and bring some light to this franchise which has been in the dark for so long.

The Atlanta Hawks have one of the most exciting young teams in the NBA. The one issue with their team, however, is that they have too many young players. Not one player in their starting lineup is over the age of 26 currently.

The Shooting Guard spot also just happens to be their weakest link. No disrespect to Kevin Huerter; He’s an incredible offensive player, but his lack of defensive talent along with Trae Young’s is just too weak. DeRozan is not a great defender, but he’s passable. He’s also loads more athletic than Huerter. Huerter also seems like one of those ideal Sixth Man pieces to help a contending team get some scoring when the starters need to rest.

DeRozan is a great fit for the Hawks. They have great shooters all around with Young, Huerter, Reddish, and Collins all able to stretch the floor. DeRozan would still be able to play some with Huerter since he can play the Small Forward as he did in San Antonio. Since there are so many shooters in Atlanta, DeRozan will have the best opportunity to do what he does best; Slashing. With the floor stretched so far with all of the shooters, DeRozan is going to be a monster. He won’t just bring the Hawks to the playoffs, he’d possibly bring them into contention.

His original team, the Raptors have a lot of money in Marc Gasol and Serge Ibaka coming off the books. Although he’s already been on the Raptors and felt betrayed by them after he was traded, this is a new situation. He’d be joining his best friend, Kyle Lowry, and former teammate Pascal Siakam.

The new Raptors lineup would have the potential to be legit championship contenders if DeRozan would return. Imagine a lineup of Lowry, DeRozan, Anunoby, Siakam, and Ibaka/other. That lineup could really do damage in the Eastern Conference.

The likely departure of Fred Vanvleet would open up that starting spot without having to bench a deserving starter. They’d also have the cap space to either re-sign Ibaka or go get another free agent like Javale Mcgee or Hassan Whiteside.

The Miami Heat are really just one piece away from being real contenders in the East. Why not have that piece be DeRozan? With Dragic coming off the books, there’s going to be more minutes to allocate anyway.

The starting lineup would consist of Kendrick Nunn, DeMar DeRozan, Jimmy Butler, (possibly) Kelly Olynyk, and Bam Adebayo. That’s a formidable opponent to the Bucks. They’d still need to address their hole at the Power Forward but just imagine an Eastern Conference with this team, the Boston Celtics, and the Milwaukee Bucks. The East would actually be fun again.

DeRozan and Butler as the wings would be unspeakably dangerous. Butler’s defense and DeRozan’s offense would be too much for opposing teams. DeRozan’s athleticism, even for the NBA, is nearly unmatched and Butler is one of the most skilled players. The Heat with DeRozan could make a serious case for the Championship.

DeRozan will likely be the most sought-out player in free agency this off-season. His move could really help a playoff team really get over the hump. DeRozan is going to have some choices to make this summer (or fall).