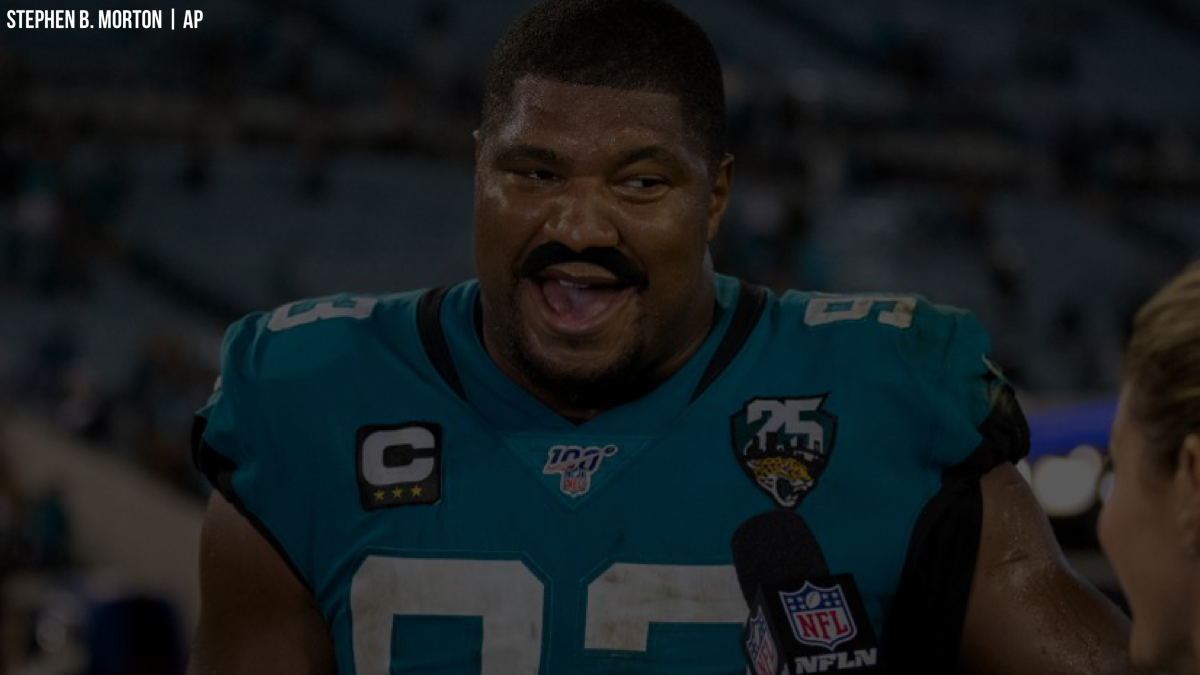 The Jacksonville Jaguars have just traded defensive end, Calais Campbell. The Jaguars traded the 5x pro bowler to the Baltimore Ravens in exchange for a 2020 5th round pick. Campbell is entering the final year of his 4 year $60 million dollar contract he signed with Jacksonville in 2017.

Campbell has been one of the best defensive players that Jaguars have on their team. With now going to the Pro Bowl every year he was in Jacksonville he can look to continue his streak in Baltimore. Cambell is coming off a 6.5 sack season, 2 force fumbles, 10 tackles for loss, and 25 QB hits. Baltimore d-line was already good before adding Campbell as they rank 11th for sacks amongst all teams.

The Jaguars now free up $15 million as Campbell was set to make that much in the final year of his contract. They can now add that to their projected cap space of $12 million and try to re-sign defensive end Yannick Ngakoue. The Jaguars placed the franchise tag on Ngakoue despite his announcement that he has no plans on returning to play for the Jaguars. If Ngakoue keeps his commitment of not coming back to Jacksonville they can lose both of their starting defensive ends.