Gronk close to deal with WWE 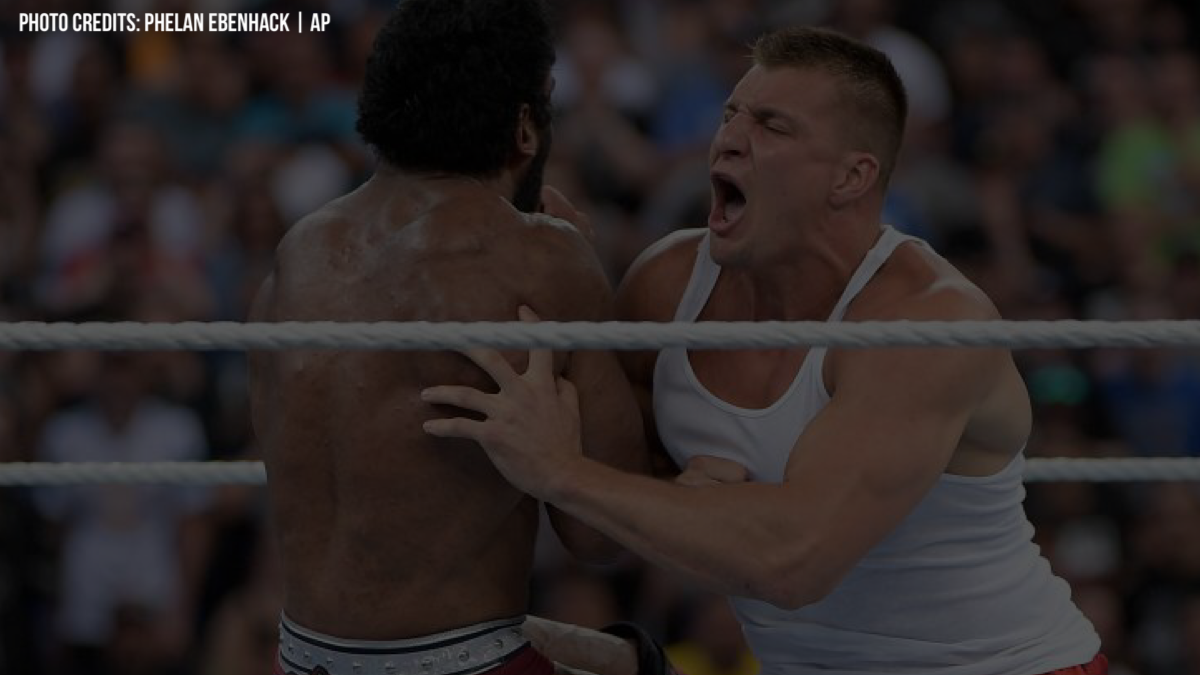 Rob Gronkowski has been living his best life since stepping away from the NFL after 9 years of playing for the New England Patriots. Since his announcement of his retirement, he has advocated for players’ use of Cannabidiol a non-psychoactive component of cannabis plants. Along with his “Big Announcement” where he had many people believing it would be his announcement that he would return to the NFL. Gronkowski would fool everyone as the announcement was for his Super Bowl Festival taking place in Miami. Now the 3x Super Bowl Champion is coming out of retirement to take his talents to the Ring.

It is reported the former NFL star is close to signing a deal with WWE to become a professional wrestler. Yes, you read that right Gronkowski is singing a deal in hopes of becoming the next WWE Universal champion. Gronkowski is no stranger to WWE as he has made an appearance in the WWE with an appearance in the Andre The Giant Memorial Battle Royal during Wrestlemania 33. Gronkowski could look to become the first person in the world to win a super bowl ring and WWE Championship. The only question left for us to ask is what will his finishing move be?

The future Hall of Famer announced his retirement from the NFL via Instagram moths before the start of the 2019 season. In 9 years of being apart of the Patriots, Gronkowski was able to win 3 Super Bowls become a 5x Pro Bowler along with being a 4x First-team All-Pro. Gronkowski is eligible for the Hall of Fame in 2024 where it will be no doubt he will be a 1st ballot pick.