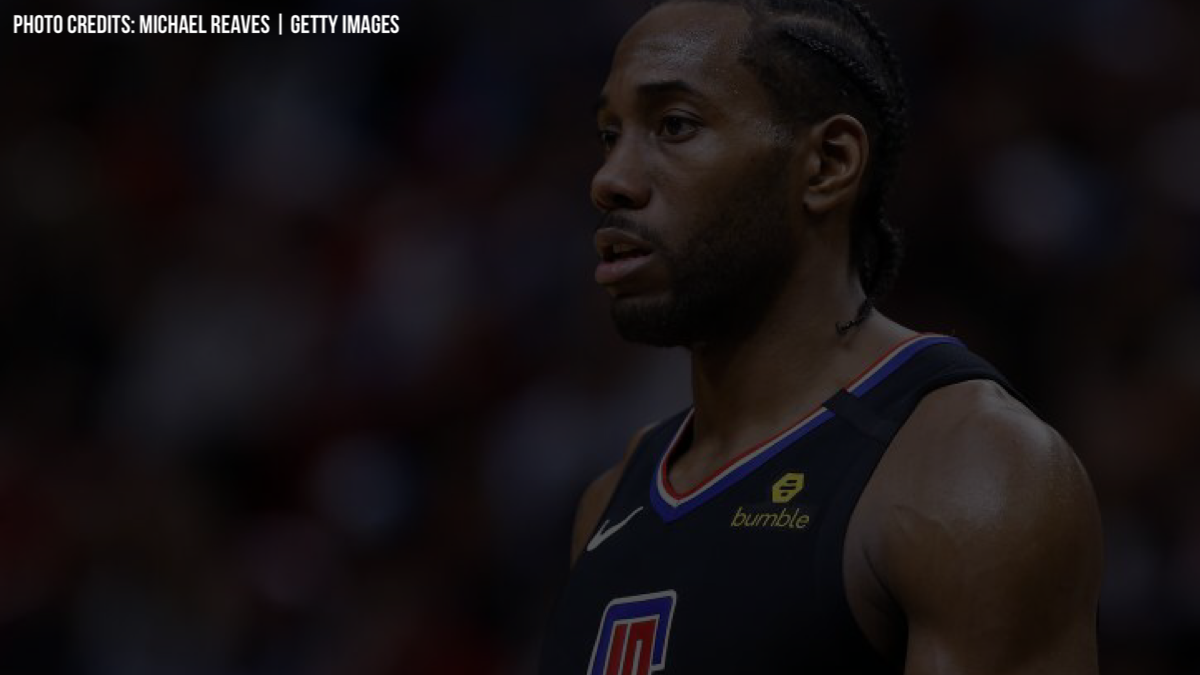 The Los Angeles Clippers. Previously known as the Buffalo Braves, it’s safe to say that they have come a long way from their beginning back in 1970. From the early days of Bob McAdoo’s dominance as a Brave to the high flying style of play known as “Lob-city” throughout the 2010s, and now to the duo of Kawhi Leonard and Paul George leading their current day roster, this franchise has contributed a good amount to the history of the NBA. One thing this team has never seen though is a championship banner or even a conference championship. With this in mind, one question comes to the forefront of brains all around the world; can this current day Clippers team contend for a title?

As always, looking at a team’s starting lineup is imperative when determining whether or not a team is actually contending for a championship. Leading this squad is none other than two-time world champion Kawhi Leonard. Assisting Leonard immensely this season has been six-time all-star Paul George. The rest of the starters consist of Patrick Beverley, Ivica Zubac and Marcus Morris. This starting lineup is certainly one of, if not the best, starting lineups in the league. Their mix of scoring and defensive ability is outrageous, making them very well-rounded. They have two stars who come to play on a nightly basis. To top this all off, they have one of the things few teams possess around the league: grit and grind. Both Morris and Beverley are known for their scrappy but effective defense, which not only stops the other team from scoring but also allows them to get into the opposition’s head. Although Leonard isn’t very vocal, he is always grinding to become a better player and has even been compared to Kobe Bryant in that aspect. George has always been one of the hardest-working guys in the league, and Zubac is never afraid to give someone a hard foul. This gritty defense also comes paired with discipline. This team isn’t one who will foul someone when they shouldn’t and they also aren’t a team to take unwarranted shots. This veteran-Esque starting lineup is nothing other than impressive. One thing concerning this lineup though is injury. Leonard frequently has to take load management games because of his injuries sustained in previous seasons and George is coming off of surgery, in which he missed 19 games to start off the season. If one of these two goes down, the Clippers chance of contending for a title goes down significantly.

Los Angeles’s bench is arguably the most impressive thing about their team. Some notable names sitting on this bench are Montrezl Harrell, Lou Williams, Landry Shamet, Reggie Jackson, and JaMychal Green. Williams is arguably the best sixth man in NBA history. Along with this, they have Harrell, who is averaging 19 points per game off of the bench. Jackson is a veteran point guard who can lead a group of guys very well while Shamet is a sharpshooter. Green, a veteran with heart, also gives them six points and six rebounds off of the bench. When a bench consists of a multitude of guys who can easily start for other teams around the league, it’s considered one of the best. This is exactly what the Clippers have.

This year, Los Angeles has been brilliant on both sides of the ball. On offense, this team scores a great deal while being efficient. They score 116 points per game, which is top five in the league. While doing this, they shoot 47% from the field and 37% from beyond the three-point line, placing them in the top 10 for both statistical categories. Coupled with this, the Clippers have two players who average over 20 points per game, Leonard and George. On defense, this team holds their opponents to under 110 points per game. Along with this, opponents shoot poorly against them, only making 44% of their shots from within the three-point line and 34% from beyond. Being able to score vast amounts in efficient ways is key to having a championship team. The cherry on top is honing the ability to make opponents shoot horribly while holding them to a limited number of points. The Clippers do both of these.

Determining “it” factors for a team is key when considering championship aspirations. The first candidate is Kawhi Leonard. Leonard is undoubtedly an “it” factor. Not only is he averaging 27 points per game this year, but he is also always considered to be one of the best defensive players in the league. He has two championships to his name and two finals MVPs. An impressive resume for someone who is under 30. The second candidate is Paul George. George is an interesting player. Whether or not he’s an “it” factor is debatable. For this series, he will not be considered an “it” factor. George has proven time and time again to be a perennial all-star and defensive master. Just last year, he was in the running for MVP. As with Jimmy Butler, George is an amazing player, just not one that can win a championship as the best on a team. Possibly if he never got injured in Indiana all those years ago could be one of these factors, but as of right now, he isn’t.

Before making a final determination, looking at how Los Angeles has fared through this NBA season so far is necessary. As of right now, the Clippers are 43-20, good enough for second place in the western conference. For a team that finished as an eighth seed last year, this is a tremendous jump. Looking at how their season has gone so far, there are things to like and things to dislike. One good thing is their ability to match up against the Lakers, who hold the best record in the west. So far, they’ve won two out of the three meetings against their same city rivals and have proven to be a threat in a 7-game series. One bad thing so far has been their inability to beat the Milwaukee Bucks. The Bucks have won both meetings against the two teams, even beating them by 28 points once. In order to win a championship, being able to beat the other conference’s best team is crucial, and they haven’t done it yet. The regular season is usually taken with the same merit as a grain of salt, but it can also foreshadow what’s to come playoff time.

All in all, this team is insanely good. They score high amounts of points while being efficient, they have two guys averaging over 20 points a game, their bench is considered by many to be one of the best in the league and they seem to handle the LA Lakers very well. On the flip side, their inability to beat the Bucks and injury-prone stars may just keep them from winning the championship. Overall, this team has a great chance to make the finals and even win their first world championship. This team is certainly a contender.