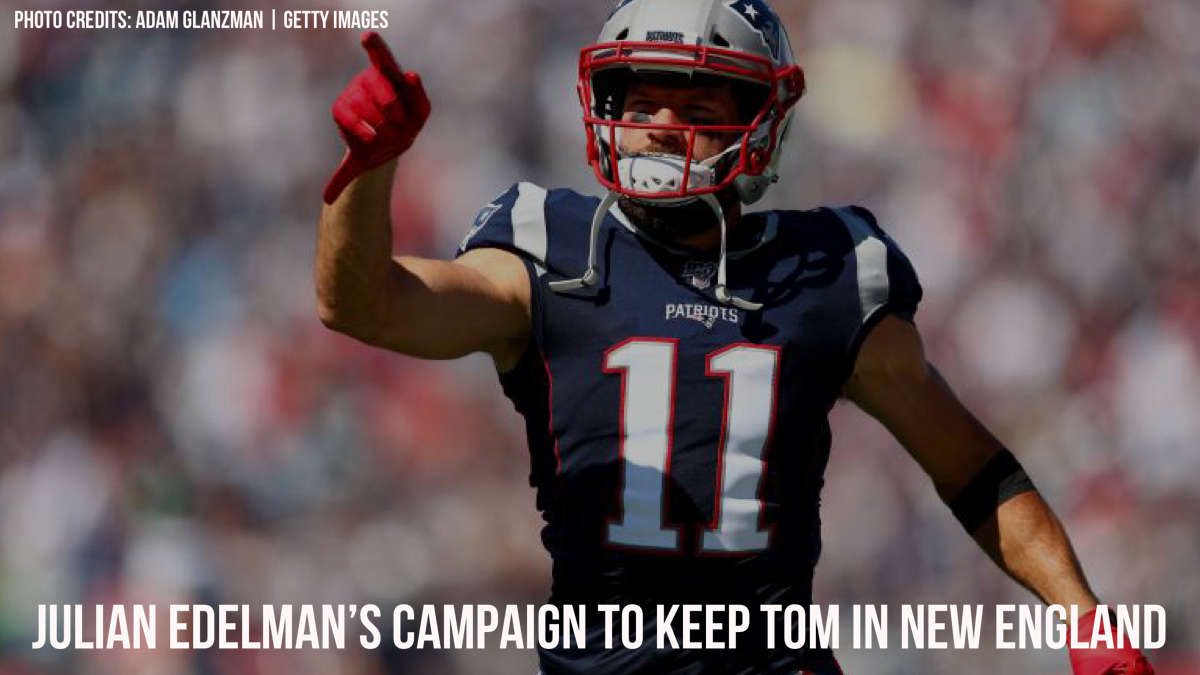 Have you already voted on Super Tuesday? Do you need something else to campaign for? Well then join Julian Edelman in his huge campaign in the Northeast!

Julian Edelman is campaigning with a slogan called “Stay Tom 2020.”

In case you haven’t seen it yet, Julian Edelman is campaigning to bring Tom Brady back to the New England Patriots for what might be his final season.

Now, I know many of you don’t like Tom Brady but come on, the dude’s 42 and likely isn’t winning another Super Bowl. Y’all can live if he finishes his career in New England. He’s played there for 20 seasons and it would just be wrong for him to not finish his career as a New England Patriot.

Edelman has started one of the most extravagant campaigns the NFL has ever seen. He started an entire line of merch to encourage Brady to stay!

Instead of a Donkey or Elephant, however, Edelman decided his “political” campaign’s logo would be a goat because Brady is widely known as the greatest football player to live.

This is the most hilarious way to encourage a player to stay that I’ve ever seen. Edelman is really going all out in order to get Brady to stay. Let’s hope it works.