6 Young Players Who Broke Through – Then Disappeared 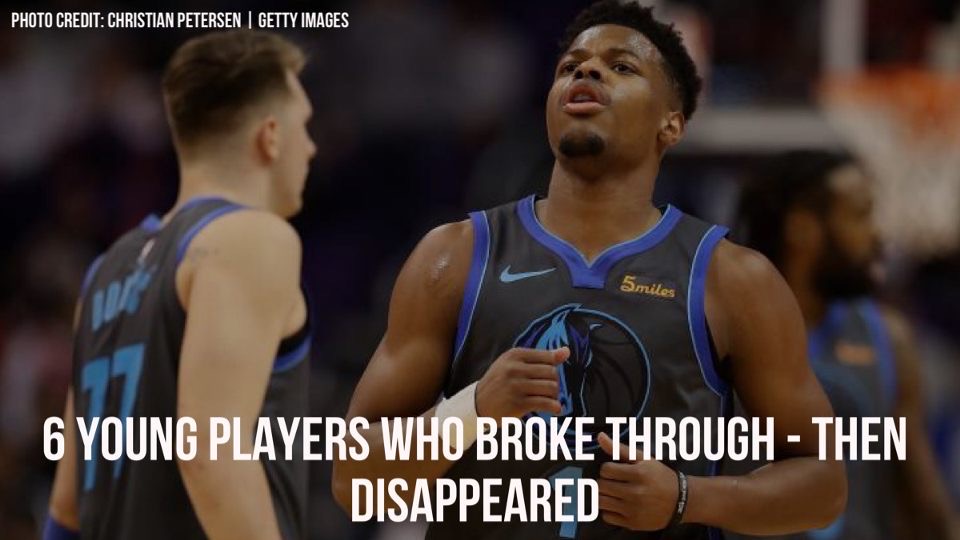 The NBA is an entertaining league, full of shocking breakthroughs, glory and fame. But sometimes this can all disappear. Today, we’ll be looking at 6 NBA players who at one point were regarded very highly in the NBA, and now struggle to crack the rotation on their teams. This will be players who are still on a roster, but just haven’t been able to play at the level they once did. I’ve decided not to include aging, establish players who haven’t been the same lately, such as Mike Conley, Paul Millsap and Goran Dragic. This list will include players who are still capable of being in their primes, but obviously are not. So consider this 6 young players who are past their prime… or are they?

You might remember when Gary Harris was one of the better shooting guards in the NBA. In the 2017-2018 NBA season, Gary Harris averaged 17.5 points per game, and was one of the best two-way guards in the NBA. Harris was considered one of the center pieces on the contending Denver Nuggets, and the secondary star behind Nikola Jokic. Harris came back in the 2018-2019 season and saw his points per game dip down to 12, and this season they sit at 10. In just two years, Gary Harris has gone from potential future all star at 23 years old, to 6th man quality player at 25. Harris isn’t bad on defense, but he doesn’t have that same lock down ability that we saw from him in the 2017-2018 breakthrough season.

DSJ was once one of the most promising young point guards, he averaged 14 points per game through his first two seasons in the NBA, and participated in a Dunk Contest on all star weekend. All of a sudden Dennis Smith Jr. apparently wanted out of Dallas, and found himself in New York in a trade for Kristaps Porzingis. Smith Jr. actually played solid to finish off the season with the Knicks, but has since found himself in an awful situation. Smith Jr. averages a career low 5.5 points per game in the 2019-2020 season. He’s barely getting any playing time, and averages career lows in every singe statistical category, even shooting 29% from three point range. His per 36 stats aren’t much better, he only averages 12 points per game per 36, which is concerning for the young guards future. One can only hope he finds a new home, or a new role on the Knicks.

Kris Dunn has been plagued by both injury, and offensive limitations. Kris Dunn’s defense has honestly been pretty spectacular, he’s a nightmare match up for an offensive minded player. Dunn averages a career high 2.0 steals per game, and has halved his turnovers per game. Aside from this, Dunn has been pretty awful. He averages just 7 points per game, and has even started 32 of his 51 games this season. Dunn averaged almost double this, with 13 points per game in the 2017-2018 season, and even averaged 11 points per game last year. His scoring isn’t the only problem, Dunn has dropped his assists per game from 6.0 to 3.4 in just one season. Dunn’s inability to be a play maker or a scorer is going to need to change if he wants to establish himself as a valuable asset to the Bulls.

It used to be a debate between Kuzma or Tatum. Many NBA fans, including myself, believed Kuzma was the better long term option over Jayson Tatum. The answer seems obvious now. Since last season, when Kuzma averaged 18.7 points per game, and was looking like a future all star, the Lakers have since demoted Kuzma to a bench role, where he now plays just 24 minutes per game. The Lakers elected to keep Kuzma and trade away Lonzo Ball, Brandon Ingram and Josh Hart to get Anthony Davis. Since then, Lonzo has been about as good as Kuzma, Hart a little less, and Brandon Ingram has blossomed into an all star. I’m sure the Lakers would love to get that one back. Kuzma has been a pretty abysmal shooter this year as well, and really hasn’t shown the Lakers any reason why he should be starting. Kuzma has shown flashes in his scoring, but nothing compared to the incredible play we saw from Kuzma since his incredible 2018-2019 season.

Last year, rookie Allonzo Trier impressed. Trier really didn’t have many expectations, and was more likely to see the G-League than the NBA, but Trier surprised the Knicks coaching staff, and managed to win 22 minutes per game on the Knicks roster. Trier averaged 10 points per game, which is very solid for how many minutes he played. This year, Trier was expected to be given an increased role, including a potential starting job. Unfortunately for Trier, some signings made this impossible. Now, Trier is heavily buried in the Knicks rotation. Despite being healthy all year, Trier has only played 23 games, and started just 1. He’s only averaged 6.5 points in 12 minutes per game. Why exactly the Knicks have been sitting Trier remains a mystery. He proved last year to be an impressive scorer with great upside, to sit him on the bench for entire games seems like an insult, and a complete waste of a really talented young player.

Let me get one thing straight, I LOVE Myles Turner. He’s the perfect player, and the future build of the NBA. Turner can shoot threes, slash, and lock down better than almost anyone in the entire NBA. As hard as it is to say, Myles Turner has not been as great as he was supposed to be. In his second year in the NBA, Turner averaged career highs 14.5 points per game, and 2.1 blocks per game in 81 games. At this point, Turner was widely viewed as the best up and coming big man in the NBA. He was only 20. Since then, Turner has only really maintained his blocks per game. Turner’s stats have declined since the 2016-2017 season, with the exception of his blocks per game, which reached 2.7 last year. Regardless, Turner isn’t a bad player, he just hasn’t really improved to the degree that people hoped he would, and has even declined a bit since 2017. But he’s crazy clutch…