The 10 best players currently out of the post-season 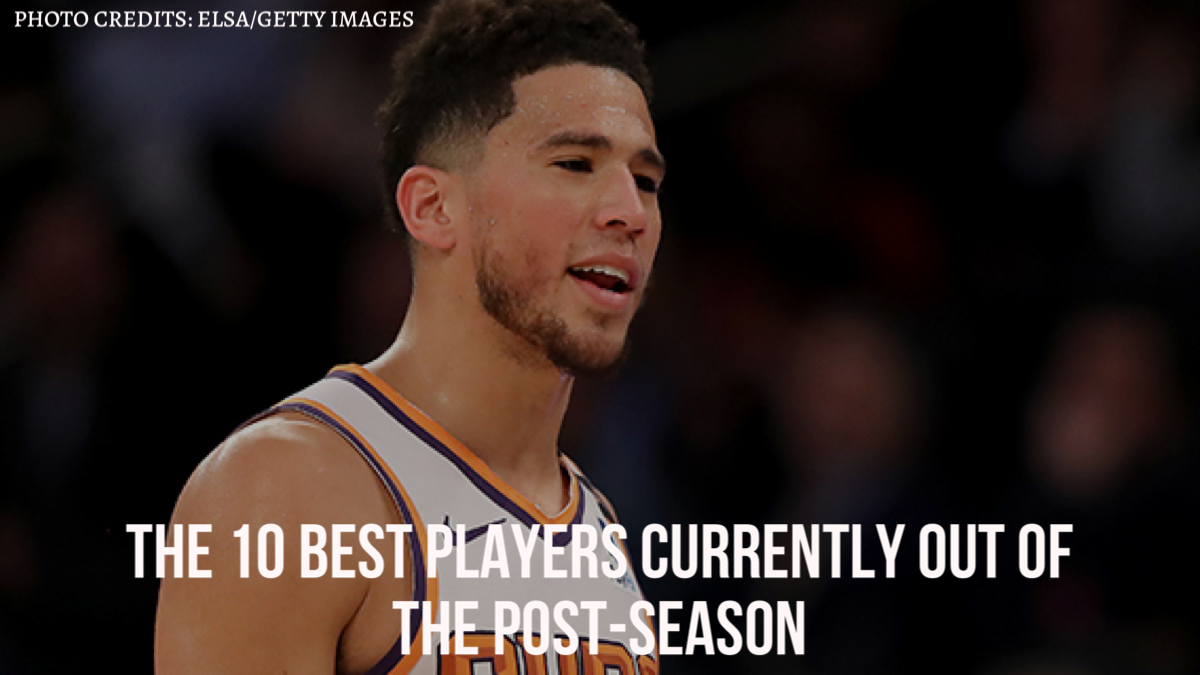 The NBA has only 16 teams that make the post-season and some of the league’s best players don’t always make it. Some of the reasons may be because either the team just didn’t have the depth, or key role players may have been injured. Here are the top-10 best players this season who are currently out of a playoff spot.

Andrew Wiggins, the first overall pick in the 2014 draft, was traded to the Warriors after spending his first 5-and-a-half years in Minnesota. Wiggins never took a leap and has yet to live up to his max contract. However, he is still a very decent player with a lot of upside. He was having a breakout season with the Wolves this year, starting to turn things around. Now as a member of the Warriors, he should look to take advantage of their winning system and improve his game to reach the heights people once thought he would hit.

D’Angelo Russell has moved around a lot over the last two years and has still been able to maintain his star form and continues to climb in order to reach his potential. Playing on the Warriors earlier this season, he spent a lot of time injured and was the main star on the team before he was traded for Andrew Wiggins. In Minnesota, he has played a key role in the offense and has been able to continue his all-star level play. The Timberwolves should have a better shot at making the playoffs once Karl-Anthony returns next season after he recovers from injury.

Zach Lavine is a superstar stuck on a terrible team that also doesn’t get along with his coach, Jim Boylen. He’s currently sitting at 11th in NBA scoring and has had a monster season. Zach Lavine should’ve been in the all-star conversation and probably would’ve given fans a treat had he participated in the dunk contest. Zach Lavine continues to improve however, management needs to add more pieces around him in order to bring Bulls in playoff contention.

Demar has had a pretty underrated season this year. He’s been on a historically bad Spurs team and is on pace to miss their first playoffs in over 20 years. He’s still putting up incredible numbers, playing alongside LaMarcus Aldridge. Gregg Popovich has helped Demar improve his game and add another element to his game, playmaking. He’s averaging over 5 assists this season and has improved significantly by distributing the ball far more than past seasons. The Spurs don’t have the complimentary stars and don’t quite have the firepower to propel themselves into the eighth seed in the West.

Andre Drummond has had another monster season on the glass. He was traded from a mediocre team to a team that’s at the near bottom of the league. Individually, Drummond has been dominating as he typically does, being the traditional, big presence in the paint. His numbers have dipped since being traded but the way the rest of the season went has him this high up the rankings.

Brandon Ingram was a first-time all-star this season and is a perennial candidate for the Most Improved Player Award this season. Ingram has helped keep the Pelicans relevant up until Zion came into the league and has taken a massive step in development since coming over to New Orleans. The Lakers’ situation wasn’t right for him and many people doubted that he would reach his full potential after a blood clot was found in his shoulder late last season. The trade revived him and he’s put all that behind him in order to turn into a star and have a breakout season.

Devin Booker has continued his underrated scoring pace again in his 5th NBA season. Playing on the poorly-managed Phoenix Suns, Booker consistently finds ways to put up big numbers on the stat sheet. He was also selected for his 1st all-star game this year replacing Damian Lillard and had proven he belonged there. The Suns have Deandre Ayton but for some reason still manage to stay near the bottom of the league. Devin Booker is best suited for a trade and a new environment should help him realize his sky-high ceiling.

Bradley Beal just had two straight 50+ point games in which the Wizards lost in both. Currently 2nd in the NBA scoring race, Bradley Beal has been just spectacular this season for Washington. He’s keeping the lowly team in the playoff race despite missing John Wall and with the team suffering numerous long-term injuries throughout the season. Not being named an all-star was the ultimate disrespect and Beal has since taken it upon his shoulders to show how big of a mistake the NBA made in keeping him out. Watch out for him as he might surprisingly lead the team into the 8th seed.

Trae Young has also been balling this season and it was a really tough decision between him and Lillard for the 1 and 2 spots, but I ultimately gave Dame the edge because of his polished game and how he is still trying to carry them into the playoffs. Trae Young is seen by most as the next Stephen Curry and he has truly exceeded expectations in his sophomore year, sitting at 3rd in the league in scoring right now. He’s averaging near 30 points and 10 assists which are numbers put up by all-time greats. He’s got limitless range and isn’t afraid to hit from the logo. The only reason his team is dead last in the conference right now is because Trae doesn’t have enough help, but the acquisition of Clint Capela might be able to turn things around and help Trae and the young Hawks team end on a positive note.

Damian Lillard has gone off this season. He had a crazy stretch in January where he averaged 49 points over a stretch of 6 games and is currently sitting at 5th in NBA scoring. He’s been arguably a top-3 point guard this season. The only reason they aren’t currently in a playoff spot is because of the number of key injuries the team has suffered as well as the lack of depth scoring.

I’m a writer. One of the best. What I write/think. You should not miss. Trust me. You won’t regret.