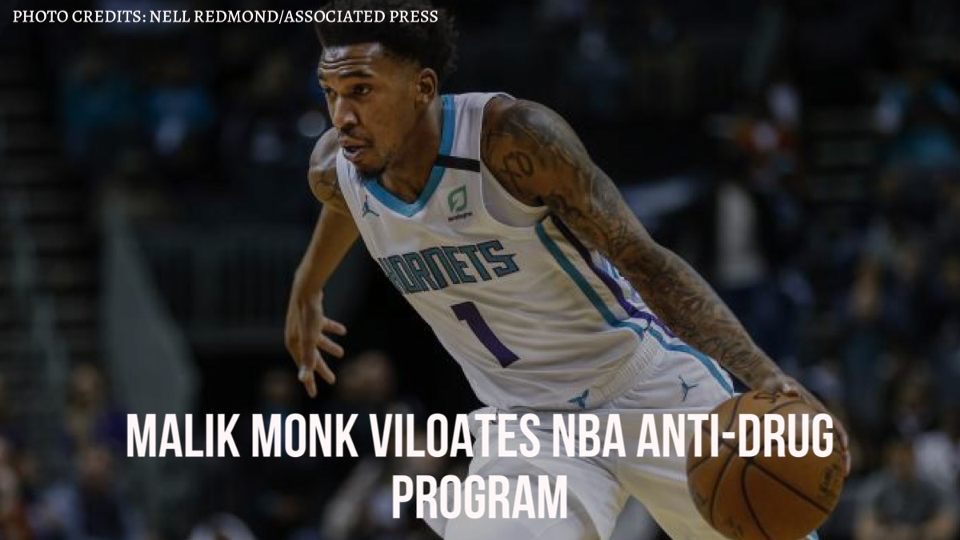 It’s not a good time to be a Hornets fan right now. Today it was announced that Hornets SG Malik Monk has been “indefinitely suspended” for violating the NBA Anti-Drug Program. This suspension “will continue until he is determined to be in compliance” per Shams Charania. This comes at a really bad time for the Hornets, who’ve lost 18 of their last 24 games. Monk has been the light in the darkness since January when he emerged seemingly out of nowhere to become one of the best bench scorers in the league.

On the season, Monk has averaged 10.3 points per game, 2.9 rebounds per game and 2.1 assists per game on 43% field goal percentage and just 28% three-point percentage. In February things have been very different for Monk, who’s averaged 16.7 points per game on 45% field goal percentage and 39% three-point percentage, all off the bench. In fact, this suspension comes the day after Malik Monk received his first career start against the Indiana Pacers, as Devonte’ Graham sat with load management.

At this point, we haven’t received any news about what substance Malik Monk abused. However, we can assume that it wasn’t marijuana, which is just a fine for first offence, or PED’s as players like DeAndre Ayton and Wilson Chandler have been suspended a consistent 25 games for this infraction.

The Hornets have certainly had a rough go of things for the past few months. Charlotte was looking like a shocking playoff contender led by potential most improved player Devonte’ Graham and surprise star Terry Rozier III. Since the new year both of these players have cooled off significantly, and now it’s Rising All-Stars Game MVP Miles Bridges who are carrying the load for Charlotte. This loss of Monk comes at a terrible time for the Hornets, who’re still not out of playoff contention, but need a strong surge if they want to re-enter the conversation. Hornets fans and coaching staff seemed to begin to put more trust in Malik Monk to boost the Hornets into the playoff race, as his minutes per game and shot attempts per game have soared since the start of the 2019-2020 season.

The Hornets will now look to rookies Cody Martin and Jalen McDaniels to fill Monk’s role as designated 6th man. Both of these players have recently begun receiving limited minutes and saw an increase over the past month in their touches. The Hornets should also be getting Devonte’ Graham back, as they look to make a last effort for the playoffs, before committing to the draft lottery race.

Monk also joins a list of players who’ve been suspended this season for violating the NBA’s Anti-Drug Program, including DeAndre Ayton and John Collins, to name a few. It seems like the NBA has stepped up its drug use monitoring as the issue becomes more common across many leagues and sports around the world.